Why our netas love to slap each other

The alleged manhandling of Delhi chief secretary Anshu Prakash by AAP MLAs has shocked civil servants across the country. But should they be surprised to this degree? Well, yes and no.

Yes, because the attack on the head of the civil service is no doubt a first, in so far as this time it is the top bureaucrat of the state that is the victim. But within the civil services, cases of arguments between elected representatives and field officials like SDMs, DMs and SPs turning violent have happened in the past, too. However, once the civil servant was senior enough to be independently posted as the secretary of a department, such cases were rare and completely unheard of at the chief secretary level.

In Madhya Pradesh, a case often cited is from the mid-1970s. KC Dubey, a saintly sort of IAS officer was posted as DM, Balaghat. Kankar Munjare, then an emerging leader from the town, is said to have manhandled the DM during a law-and-order problem in which the police station was set ablaze and cops were killed. The incident established Kankar Munjare as a leader, he went on to become an MP, and the episode became a case study at the Lal Bahadur Shastri Academy of Administration as an example of what can happen and what shouldn’t be done.

There is also this incident of a young DM in Shivpuri in the 1970s who, when he heard that the local MLA had made uncharitable remarks about him at a public meeting, invited the MLA to his office to "discuss" the matter. He then locked the door and soundly thrashed the legislator in the office, warning him to not do it again and saying that reporting it would adversely impact his political career.

Civil servants should not be surprised about what happened in Delhi because as acute observers of the direction in which the country is heading, they ought to know that this was going to happen at some point of time. Here is why: the upper echelons of the civil services have always turned a blind eye to incidents of manhandling of lower level government functionaries.

They do this out of a sense of self-preservation and a prevailing sense of "this cannot happen to me." 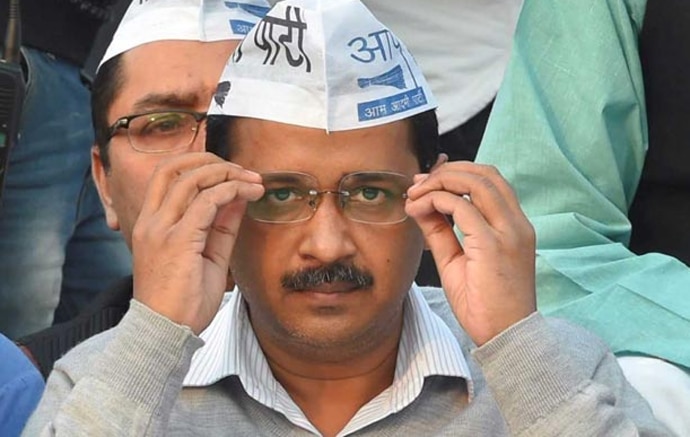 In Madhya Pradesh, incidents of manhandling of government employees are common. A few weeks ago, MP CM Shivraj Singh Chouhan was caught on camera slapping an inspector-level officer. He gave some excuse on the lines of how he hates it when his security keeps him away from his people, and no case was registered. No one in the IPS spoke out in favour of the inspector who was slapped.

Engineers from the electricity distribution company deal with MLAs and their cronies every day when they are threatened, slapped and pushed around. Uma Shankar Gupta, a minister in MP, had slapped an engineer in public view and had manhandled policemen during his own swearing-in.

Police stations have been raided by Right-wing organisations owing allegiance to the ruling party in the state capital. No IAS or IPS officer took up the matter with the political executive.

The IAS associations that have been demanding the dismissal of the Delhi government citing the incident as a breakdown of law and order, did not do so when peons, clerks, engineers of works departments and police personnel were routinely roughed up by elected representatives. There have been outpourings on social media by IAS officers after the incident, which are always missing when a lower-level functionary is the target.

Besides the missing shows of solidarity, the law too does not take its course when a lower-level functionary is assaulted. When was the last time you heard an MLA was arrested for slapping a clerk?

After all, the lower staff, too, enjoys the same degree of protection and rights under the law. The fire that was burning at a distance, is now at the doorstep. Since self-preservation is a language the top bureaucracy understands well, consider this; for the IAS, protecting the weak is not only moral but also practical. It’s not too late to begin even now.