The AAP surge is a potent force in Malwa region, but Congress under Captain Amarinder Singh, too, can pull off a victory.

Drawing grand conclusions after being on the campaign trail for a few days is an exercise fraught with danger. So, without pretending to possess a magic crystal ball, I have jotted down some key takeaways from my election travel in Punjab.

I have no intention of putting my neck on a chopping block, so I will restrict my analysis to the points that seem fairly clear to any non-partisan election observer.

Malwa is the biggest region of Punjab with 69 seats in a 117-seat Assembly. Wherever we traveled in Malwa, voters were ga-ga about Arvind Kejriwal and the Aam Aadmi Party.

There's no doubt that AAP will do well in Malwa.  The big question, though, is how well. Will it be a Delhi-style clean sweep, or will gains be split with the Congress? The Bathinda and Patiala regions of Malwa are the pocket boroughs of the Badal and Amarinder Singh families. Voters are very upset with the Akalis and the AAP is likely to do well in Akali-dominated areas. But it will be important to see whether the Congress is able to hold on to its own areas of influence.

If the Congress can withstand the AAP surge on seats where it is considered strong, then overall honours in Malwa will be split. If Congress bastions too fall, then the AAP will sweep Malwa in such a way that it will be very close to forming a government on the basis of its performance in this power-centre of Punjab alone.

2) Captain to the rescue

Despite charges of being aloof and acting like a Maharaja, Captain Amarinder Singh enjoys goodwill among voters. He's the only wall standing between an AAP sweep and a Congress decimation.

If the Congress manages to pull off a win in Punjab, it will be in great part because of the hold Captain Amarinder Singh still has on voters. Captain Singh may not be as eloquent a speaker as Navjot Singh Sidhu or Bhagwant Mann, but the stand that he has taken over the years on issues of importance to the Sikh community has earned him the goodwill of people of the state.

The Congress has run a sharper campaign in Punjab than the show the party put up in other recent elections. Part of the new generation campaign tactics being rolled out by the Congress in Punjab is thanks to Prashant Kishor and his team. But PK, as he is referred to by friends and foes, also has a strong candidate to market.

3) AAP’s pocket of influence is limited

Punjab has three regions – Malwa, Majha and Doaba. AAP is dominant in the biggest region of Malwa (69 seats). Malwa includes districts like Bathinda, Barnala, Patiala, Faridkot, Mansa, Patiala and Sangrur. Malwa is where AAP has devoted its maximum effort and resources.

As we travelled outside Malwa, we find that AAP simply doesn't have the same kind of recall it enjoys in the Malwa region. Our assessment in areas around Amritsar, Pathankot and Taran Taran in the Majha region, most of the voters indicated that they would back the hand (Congress' election symbol). The Congress is strong in Doaba too, particularly in districts like Jalandhar, Hoshiarpur and Kapurthala. But here, AAP is not as weak as it is in Majha.

The inability of AAP to build a voter base in Majha and Doaba is one of the key issues for Team Kejriwal to ponder over. This is not to say that AAP will get totally decimated in these regions. Bagging a handful of seats in both these regions may be enough to see AAP through. Over the last few days, word about AAP doing well in Malwa is spreading to other regions too, and this could in the end impact voters in the other two parts of Punjab as well. 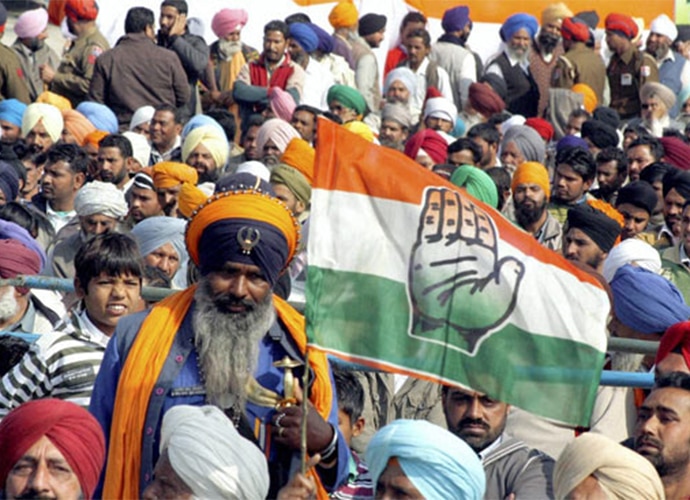 If the Congress can withstand the AAP surge on seats where it is considered strong, then overall honours in Malwa will be split. [Photo: Indiatoday.in]

4) Badals on a losing wicket

The situation the Badals find themselves in is similar to that of the UPA before the 2014 polls.

Sukhbir Singh Badal does have a few showcase development projects to his credit. The Tourist Plaza at the Golden Temple in Amritsar is world class.

However, serious charges of corruption, drug trade and poor law and order make it a slippery slope for the Badals. When we asked voters about what they thought of Sukhbir Badal, voters said that he was a well meaning person but were upset with the people the Shiromani Akali Dal president surrounded himself with.

Unlike politicians in other states, the Badals have not made any effort to hide their wealth, much of it inherited but a lot of it built under the reign of the current Akali government. The ostentatious display of wealth, at a time when voters are struggling to make ends meet, is infuriating voters. The Badal family has significant business interests in key areas like bus services to hotels and cable television.

One can argue that Arvind Kejriwal has not been able to live up to many of the tall promises he made to the voters of Delhi. AAP has lost a lot of its initial appeal among the urban middle classes, but for the have-nots of rural Punjab, especially in Malwa, Kejriwal is a messiah.

In his speeches, Kejriwal talks about how he's too small a man to make miracles happen. He describes the Delhi verdict as the will of God even as he tries to convince voters that a similar miracle is in the works in Punjab too. Kejriwal wants people to believe that AAP's fate is being written by a higher force.

Of all parties, crowds are most engaged and animated in AAP rallies. Voters look upon Kejriwal with high hopes. Rather than being upset with AAP's performance in Delhi, poor folk are actually happy that AAP was able to reduce electricity and water tariffs.

The people of Punjab are known risk-takers, as is evidenced from the hugely successful migrant Sikh population across the world. Several voters explained their decision to vote for AAP as a gamble - jua khel ke dekhte hain. Voters felt that after having tried both the Akalis and the Congress for decades, they had little to lose by backing a new party.

Cricketer-turned-politician Navjot Sidhu seems to have overplayed his hand in Punjab. Sidhu enjoys goodwill around Amritsar, despite charges by his opponents that he spends more time on TV than he does performing his duties as a neta. Sidhu is an orator par excellence. He may be able to swing a few seats in the state but he's far from the revolutionary force, he thinks he is.

7) Drugs are a real problem

The Akalis have spent the last two years crying themselves hoarse that the drug problem is over hyped and is largely an opposition and media creation. Akalis claim Rahul Gandhi has no proof to back his charge that 70 per cent of the youth in the state are on drugs.

The charges against the Badals may be exaggerated but the drug taint has stuck like glue and is doing immense damage. Actual addiction figures may be much lower than what opponents claim, but the drug menace is doing more damage to the Badals than any other issue in this election.

Punjab has had a long tradition of support to communist forces and also a chequered history of a separatist movement. Improbable as it may sound from the outside, radicals on both side of the ideological divide - the extreme left and the right - are both supporting Kejriwal in these elections.

The pro-Khalistani elements feel that the Akalis have gone soft on their original Panthak agenda and they want to back AAP to teach Akalis a lesson. In a bid to bolster votes, Kejriwal is taking the support of hardliners but in the long run this could prove dangerous in a border state like Punjab. 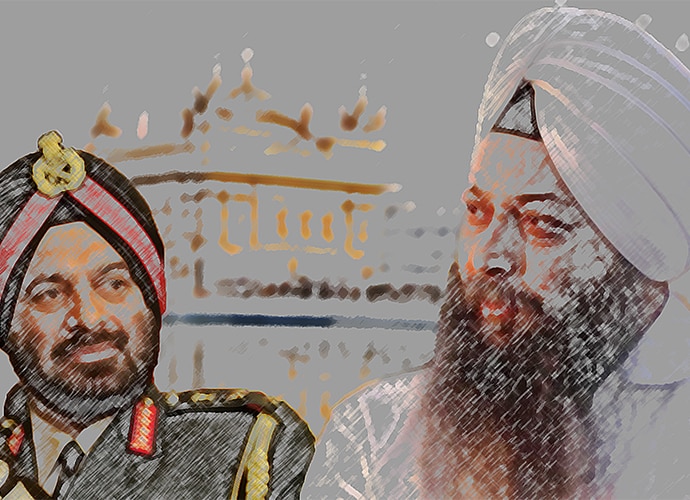 Despite charges of being aloof and acting like a Maharaja, Captain Amarinder Singh enjoys goodwill among voters. [Photo: DailyO]

The BJP is a marginal force in Punjab. Party leaders have read the writing on the wall and are trying hard to keep a low profile so as not to make this election a battle of prestige for the BJP. The BJP believes the real test for them is in Uttar Pradesh and the election in Punjab is essentially a referendum of the people's verdict on the performance of the Akali government. Through this election, the BJP has made very little effort, only so much as to ensure that the Akalis did not feel too upset.

Punjab is a relatively small state in a national context. The build up to assembly election in UP has captured greater mind space. However, if AAP wins Punjab, the result can potentially alter the course of Indian politics, with AAP transforming into a major force in national politics.

Delhi is at best a half state. In the capital, Kejriwal's hands are tied. However in Punjab, from the police to all the ministries, the levers of governance will be in the hands of the winner. This would give AAP a chance to prove its real mettle, or ending up exposing how the lack of governance in Delhi is not because of the power sharing structure in the capital, but because of AAP's inherent inability to turn into a potent force of governance.

That said, whichever party wins in Punjab will get a big fillip for the Gujarat Assembly elections, which too is likely to see a similar three-way fight.

Post your comment
#Ground Report, #Polls, #Punjab
The views and opinions expressed in this article are those of the authors and do not necessarily reflect the official policy or position of DailyO.in or the India Today Group. The writers are solely responsible for any claims arising out of the contents of this article.