Where is Krishna Thadarai? For justice to prevail fully for the double murder, that question is crucial.

CBI special judge Shyam Lal had quoted from the Gita, “Dharmo rakshati rakshitaha (protect dharma to be protected by dharma),” before pronouncing life-term for Aarushi Talwar’s parents. That was 2013..

Today, that line took on a poignant significance when justices BK Narayana and AK Mishra of Allahabad High Court acquitted Rajesh and Nupur Talwar, pointing a finger at shoddy probe and loopholes in investigation. It was a memorable moment, with India’s most controversial murder case reaching some sort of a closure, after nine long years.

No justice for Aarushi?

Strangely, but not surprisingly, in this country of a billion people, a billion opinions instantly burst forth on social media. A whole lot of them giving their own verdicts: "No justice for Aarushi and Hemraj" to "No one killed Aarushi". It is strange, because I do not recall such reactions when Aarushi’s parents were put behind bars in 2003.

Clearly, there are two questions involved in the long and painful saga: “Who killed Aarushi and Hemraj?” and “Did her parents kill them?”. Both the questions are linked and both need to be answered. Isn’t it half the battle won if the parents get justice, finally? Wouldn’t Aarushi have wanted it? In fact, it is now the time to push for the identification of real culprit/s behind the Aarushi-Hemraj murders of May 16, 2008. I believe so. And, hence, I raise this question: where is Krishna Thadarai? My contention is: for justice to prevail fully for the double murder, that question is crucial.

Here’s what we know about the then 25-year-old clinic assistant to Dr Rajesh Talwar, 13-year-old Aarushi Talwar’s dentist father. Krishna had come to Delhi from Lumbini, Nepal, when he was 14. He earned Rs 5,000 and lived with his sister Parvati and brother-in-law, Bhim Bahadur Thapa, and their son, in the servant quarters of a neighbour of the Talwars in Jalvayu Vihar, retired group captain KN Johri. Parvati worked at his daughter’s home in Singapore. Krishna and his friends were friendly with Hemraj, the full-time Nepali domestic help of the Talwars, who often visited Krishna’s place during the day and cooked for him while Krishna’s sister and brother-in-law were at work. 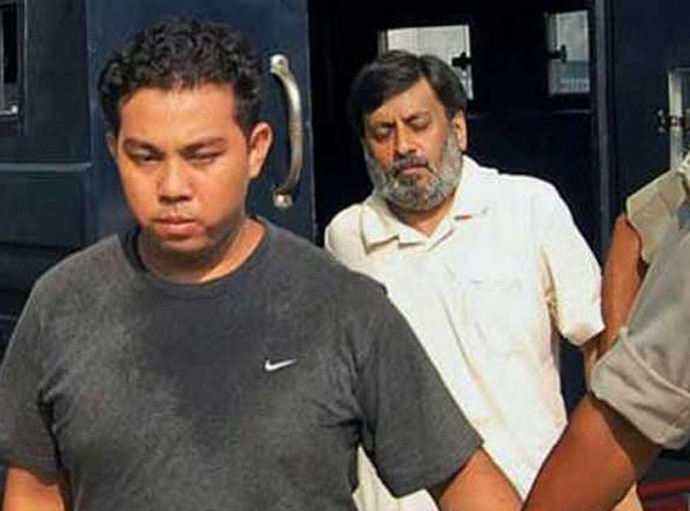 After special CBI judge Shyam Lal let him off the hook in 2013, Krishna has vanished, possibly, for good.

The CBI joint director, Arun Kumar, had arrested him and two of his friends, Rajkumar and Vijay Mandal, on June 13, 2008. The sequence of events according to Kumar’s team was: Krishna and Rajkumar, after a drinking session in Hemraj's room, tried to molest Aarushi and in the course of it killed the girl with a khukri. Hemraj, who threatened to wake up the Talwars, was taken to the terrace and killed, too.

That scenario was built by Kumar and his team, on the basis of discrepancies in Krishna's statements, a string of tests and the realisation that Krishna was “misleading” the investigators with mischievous stories. It was Krishna who had spread the uncorroborated story of the alleged “affair” between Aarushi and Hemraj. Under pressure, he had claimed that Rajkumar was the murderer, he was just a witness to the crime, while Rajkumar and Mandal had both claimed that he had gone to Hemraj’s room on the pretext of getting water and tried to molest Aarushi. When he came out of the room, he had the blood-soaked khukri in his hand.

Krishna had been first picked up for questioning by the Noida Police, right after Aarushi’s body was found, from his home. Later he was brought in as a witness and to help the police find Hemraj and allowed to go. Krishna was detained by the CBI on June 3 and put through tests in a lab in Bangalore. On the evening of June 13, Kumar had declared: “Krishna has made a confessional statement.”

But Krishna was a tough nut to crack. Every time he appeared in court he would dissolve in hysterical tears. Puffy-eyed and sullen, he would complain to members of the press how he was being tortured and not allowed to sleep night after night (“They tell me I have to say whatever they want. I am innocent. I was asleep at home at the time of the murders”).

Krishna’s biggest defender, and alibi, was his sister, Parvati, who told reporters that he had been at home on the night of May 15: “He returned from work around 9pm and went to sleep after dinner, around 10pm. He looked genuinely shocked when I told him about Aarushi’s murder.” It was his sister who had started an agitation (across newspapers and television interviews), about how the underdogs were being framed because they were easy meat.

Parvati along with some relatives met NHRC officials and submitted a petition alleging violation of human rights of her brother by the CBI. The claim was taken up in earnest by captain Johri and his family, who told the press that Krishna was being framed.

Krishna had gone back to Nepal after getting bail. And after special CBI judge Shyam Lal let him off the hook in 2013, lock, stock and barrel, he has vanished, possibly, for good. Although on October 22, 2015, an edited video of his alleged narco-analysis test mysteriously appeared on YouTube, where he claimed that he was asked to take the blame for the double-murder by Kumar and his team. How did it appear? Who posted it? Only the CBI had custody of all scientific tests, after all.

Krishna was angry: On May 14, 2008, Rajesh had shouted at Krishna for bungling up an order for a dental cast, threatening to sack him. Krishna was angry and humiliated. He had expressed his grievance to Hemraj. According to the deposition of Umesh Sharma, Talwar’s driver, Hemraj was sympathetic.

Hours before the murders: Krishna got in touch with Hemraj. As per call details record (CDR) provided by the service provider, the evening before the murder, Krishna, had called Hemraj's mobile number twice (May 15, 2008) from the landline number of dentist's Noida clinic. First around 4.58pm, which lasted for 10 minutes, and the second call at 5.37pm, which lasted for two-and-a-half minutes.

Hemraj was not alone that night: Hemraj's room had three bottles - Sula wine, Kingfisher beer and Sprite. There were three glasses - two-filled with whisky and one empty  below Hemraj's bed. The bed was mussed up, indicating several people were sitting on it. Hemraj's toilet was flooded with urine, indicating presence of outsiders at Talwar's residence hours before the murder (according to the deposition of retired Noida Police DSP KK Gautam).

Blood on Krishna: A khukri was recovered from Krishna’s room in a bloody state on June 14, 2008 (which a high-level committee of AIIMS believed to be the most likely weapon of murder). A purple pillow cover was also found. The Central Forensic Science Laboratory (CFSL), New Delhi, traced blood on the pillow cover. While the pillow cover was sent to the Centre for DNA Fingerprinting and Diagnostics (CDFD), Hyderabad. CDFD, Hyderabad, for DNA testing, the khukri was (inexplicably) not sent. The CDFD in its report of November 6, 2008, stated categorically that the blood found on Krishna’s purple pillow cover had DNA that matched Hemraj’s.

Krishna was lying: CBI’s investigating officers, Fartyal and Vijay Kumar, had originally mentioned that the three servants had confessed to the crime pursuant to which they were arrested in June 2008, their disclosure statements were recorded and vital recoveries were made. And that “deception” was found in the lie-detector test, brain-mapping test and narco-analysis tests conducted on Krishna and others, which clearly indicated their involvement in the crime.

Krishna was disturbed: When put through cognitive assessments by the AIIMS clinical psychologists, Krishna was found to be in a disturbed state. His pencil tore through sheets of paper, giving doctors the battle he was having with himself.

And, yes, it is also the time to put everyone else, including the second CBI team, through the scanner. It is time to ask why the investigators should get away with such shoddy (and even malicious) job? Why shouldn’t they pay for destroying our faith in our justice system?

Also read: HC verdict justice for Talwar couple, but not for Aarushi and Hemraj

Post your comment
#CBI, #Talwars, #Allahabad high court, #Aarushi Talwar murder case
The views and opinions expressed in this article are those of the authors and do not necessarily reflect the official policy or position of DailyO.in or the India Today Group. The writers are solely responsible for any claims arising out of the contents of this article.