The dynamics of self-reliant India

Both — Aatmanirbhar Bharat and Make in India — are great ideas, and are misinterpreted in due to vested interests, or due to lack of communication and lack of understanding among the public.

PM Modi’s “Aatmanibhar Bharat” or “Self-Reliant India” speech on May 12, 2020, resonates in the Indian mind, in resemblance to his call for Make in India in 2014. The two have many similarities; rather the former needs to be interpreted as an integral rider of the latter. The biggest similarities are that both are great ideas, and are misinterpreted in common parlance due to vested interests, or due to lack of communication on parts of the initiators and lack of understanding among the public. They also both have faulty implementations, despite the right vision.

I feel both visions are correct. They are conceived of at two different points in time: Make in India was launched just after PM Modi came to power in 2014, and the “Self-Reliant India” package of Rs 20 lakh crore was announced for reviving an ailing economy in the post-lockdown scenario in the midst of the siege by Covid-19. Make in India was launched to spur up productivity and employment generation capacity of a fledgeling manufacturing sector by creating a business-friendly environment that will help private investments and foreign capital. On the other hand, the “self-reliant” India speech made clear the dual objectives the package would serve: to resurrect the moribund Indian economy through fiscal measures, and to make the economy self-reliant. 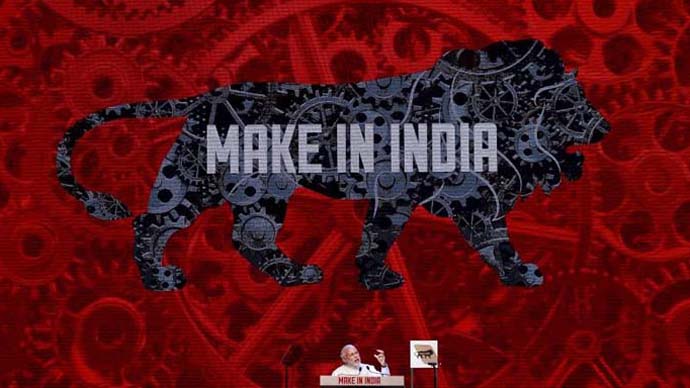 Make in India was launched to spur up productivity and employment generation capacity of a fledgeling manufacturing sector by creating a business-friendly environment that will help private investments and foreign capital. (Photo: Reuters)

Both schemes were perceived by many as attempts to insulate the economy from the external world. There have been opinions expressed against both whether in 2015 or in 2020 by those who felt that these essentially entailed going back to the old thinking of “import substitution” in the Nehruvian era. In both cases, this is far away from the truth at least as far as the vision is concerned. Import substitution entailed using tariff and non-tariff barriers to protect a nascent domestic industry in the post-independence era. Although in May 2020, Commerce Minister Nitin Gadkari mentioned that the Centre is mulling over the idea of import substitution in the wake of the pandemic, the same types of tariff barriers cannot be thought of in today’s world, unless we have a situation of nationalistic fervours ruling the roost such as the present geopolitical relation with China.

Rather, Make in India’s vision was to promote foreign investment in India, by making the nation a favoured destination through improvements in its ease of doing business. On the other hand, the need for self-reliance is going to be realised in the near future.

I stated in one of my previous columns in this publication that China, which essentially conceptualised the grand plan of BRI, also tacitly acknowledged the importance of “self-reliance” through their model of “consumption led-growth”. This came to vogue when China realised that its “export-driven growth” policy can fail with an unreliable external sector that is contingent upon the vagaries of international trade and finance. In these times, there is a tendency for world trade to shrink, and economies to insulate. Hence, the call for “self-reliant India” should be construed as a means to create a robust domestic economic system through investment and consumption demand. This does not preclude foreign investment. Without a congenial business environment that is not possible. This is why the PM’s speech while reiterating the ambition of the 5-trillion-dollar economy, talks of the package’s focus on land, labour, liquidity and laws. Hence, I reiterate that the call for “self-reliance” is a progression of “make in India”. However, wrong actions have followed the right visions. For Make in India, the prime problem emerged with addressing the wrong variable, the World Bank DPIIT’s Ease of Doing Business. ORF research has shown that the indicators taken up by the Business Reform Action Plan (BRAP) is unlikely to reduce the “transaction costs” of business. As pointed out by a recent publication by the Asia Competitiveness Institute (ACI), National University of Singapore, these indicators capture some legal reforms without being able to capture the on-ground conditions of doing business. Second, these conditions are partial and fail to take into account many other factors including the forces of history and political environment that have bearings on business environments.

It has been shown in our research that a well-developed sustainable development goal (SDG) index in which the existing states of social, physical, natural, and human capital are embedded are better indicators of business conditions. Financial capital flows to such destinations that have good achievements of the SDGs. On the Self-Reliance goal, however, the resource allocation has been improper. This is more so because Finance Minister Nirmala Sitharaman’s announcements were motivated towards looking at boosting the supply-side through the easing of loans, and short-term fiscal incentives. She has overlooked the demand-side variables. This gives the impression that the Indian economic policymakers believe that we still live in a world of the archaic classical political economy where Jean-Baptiste Say’s law of markets: “Supply creates its own demand” is prevalent. But, this pandemic-afflicted world is more ruthless than that: with market forces being locked down, we are in a neo-Keynesian world where even demand creation requires governmental incentives. Unfortunately, that does not seem to have been realised by the government!

#Indian Economy, #Narendra Modi, #Make in India, #Aatmanirbharbharat
The views and opinions expressed in this article are those of the authors and do not necessarily reflect the official policy or position of DailyO.in or the India Today Group. The writers are solely responsible for any claims arising out of the contents of this article.