On the morning of November 1, 1984, Atal Bihari Vajpayee heard a commotion outside his home in New Delhi's Raisina Road. Although Atal was slightly indisposed, the decibel levels were loud enough to prompt the Bharatiya Janata Party (BJP) member of Parliament (MP) to come out of his house.

On the opposite side of the road was a taxi stand and a mob had collected there. The frenzied mob, charged by the assassination of Prime Minister Indira Gandhi the previous day by her Sikh bodyguards, wanted to avenge her killing by targeting every Sikh in sight. Most of the taxis at the stand, like at all other stands in Delhi, were driven by Sikhs. The mob wanted to burn the taxis and lynch the drivers. Alarmed by the sight, Atal hastened to the other side of the road to stop the violence. It took some time, but Atal was a familiar figure in Delhi and commanded enormous respect.

Also read: How Gujarat riots made Vajpayee lose out to RSS

The ringleaders heeded his words and the mob dispersed slowly. Atal stood at the spot till the last man had left.

Later in the day - after an emergency meeting at the BJP's headquarters at 11, Ashoka Road, where he heard harrowing tales of the targeting of Sikhs from colleagues - Atal, along with long-term associate LK Advani, went to see home minister Narasimha Rao. The Opposition leader was not satisfied with Rao's lukewarm assurance that he would look into the problem; moreover, Rao was non-committal about deploying the Army on the streets as Atal suggested.

Disappointed, Atal came back to the party office and told local BJP leaders like Madan Lal Khurana and Vijay Kumar Malhotra to get the party cadres in the field to protect Sikhs and their properties.

Whether the diktat was really followed by the BJP cadres or whether they stood as passive spectators at many places is a matter of debate. But the fact remains that Atal rose like a leader, trying to organise his party machinery to stop the violence while the law-and-order machinery stood inert and ruling party inspired mobs targeted hapless Sikhs - men, women and children - and destroyed their properties.

A fortnight later, at the meeting of the national executive of the BJP, Atal openly said, "If at some level in the ruling party this feeling had not been there that the community to which the killers (of Indira Gandhi) belonged should be taught a lesson, the disturbances would not have assumed the dimensions that they did."

For his temerity, Atal had to pay a heavy price. He had contested his previous two elections from the New Delhi constituency and realised that he would face certain defeat from his seat in the polls that were barely two months away. In fact, to ensure that Atal lost at any cost, the Congress planned to field Amitabh Bachchan from the seat. Reading the signs, he decided to move to his hometown Gwalior, but here too he came a cropper and lost the elections.

Also read: How politicians are reopening the wounds of 1984 for political gains

After all, the BJP was then just a fledgling party, only four years old, and it had managed to win just two seats across the country. (Arguably, the BJP's performance could have been better in those days of madness if its party leaders had made common cause with the Congress.)

In the aftermath of his mother's assassination, Rajiv Gandhi had said, "When a big tree falls, the earth underneath shakes," giving courage to the marauders. Atal, on the other hand, did not make any such utterances for political gains, even though he could well have because the Sikhs, at least in those days, were not known to be part of the support base of the saffron party. As it happened, Atal's silence could well have swung some of the Hindu votes towards the Congress.

Atal did not envision the BJP as a purely Hindu party. In fact, it was at his insistence that the party chose Gandhian socialism and positive secularism as its credo at its launch on the Easter Sunday of 1980. For Atal, everything that was Bharatiya was Hindu; and in his reckoning, the term Hindu did not denote the followers of Hinduism but all those who lived in Bharat that is India.

Quite early in his political life, Atal realised that India was a secular country with a tradition of tolerance for all faiths. By implication, this meant that no political party could survive and prosper in the country by espousing extreme ideologies. Thus, he wanted to fashion the BJP as a centre-of-the-road party which carried everybody along with it. In doing so, he was often at cross-purposes with extreme elements of the Sangh Parivar that he was a part of.

Also read: Don't blame Modi for Godhra if you are ready to spare Gandhis

From his early political life, leaders from across the political spectrum realised that Atal had qualities that would make him universally acceptable. Jawaharlal Nehru recognised his great potential and often promoted him by inviting and introducing him to visiting dignitaries, even though Atal was then a first-term parliamentarian.

Even Indira Gandhi had sought Vajpayee's opinion before sending the Army to storm the Golden Temple during Operation Blue Star in June 1984. A few weeks before the operation, when Atal had gone to Bangalore for a naturopathy treatment, he had told Indira Gandhi over the phone that there must be other ways of flushing the militants out of the temple, and had warned her that the course of action she was mulling would have consequences.

As later events showed, Indira Gandhi, hurtling to disaster, did not heed his advice, but she did seek his counsel nevertheless. 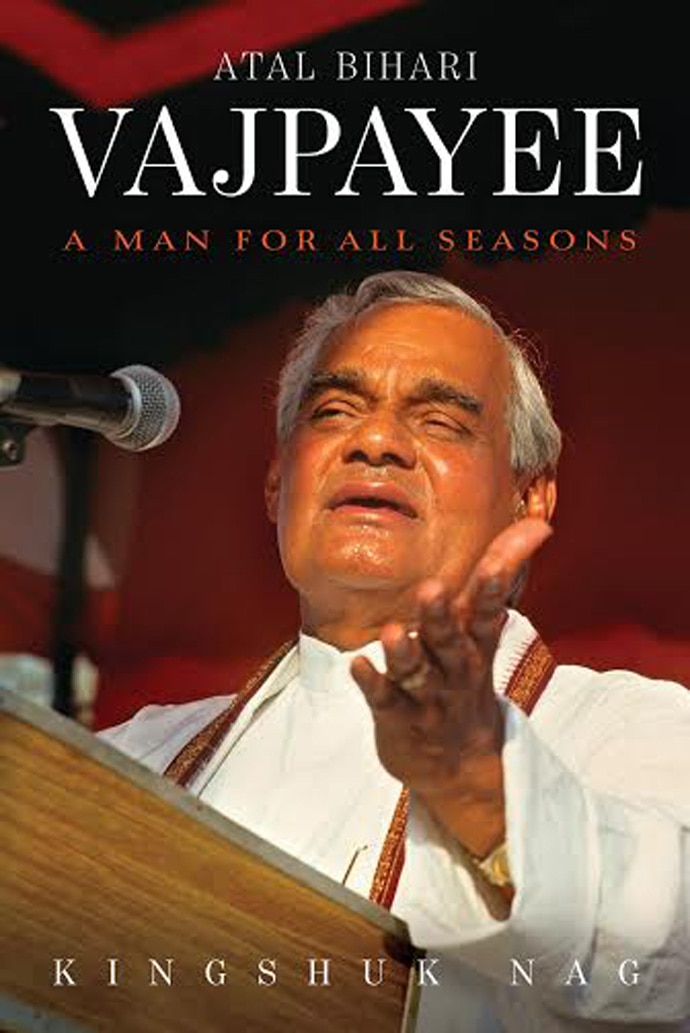 #Book Extract, #Ab vajpayee, #Indira Gandhi, #1984 Anti Sikh Pogrom
The views and opinions expressed in this article are those of the authors and do not necessarily reflect the official policy or position of DailyO.in or the India Today Group. The writers are solely responsible for any claims arising out of the contents of this article.

The author has been a journalist with The Times of India for the last 22 years. This is his fifth book.