Will Congress Implode: Adhir Ranjan Chowdhury has been imposed on Congressmen. If they don’t speak up now, they never will

Excessive display of loyalty bordering on sycophancy has become a curse for the Congress. It has even stymied the growth of talented politicians like Shashi Tharoor and Manish Tewari.

Just as everyone was eagerly watching for Congress' first substantive move after the 2019 poll debacle, the party chose a dark horse, Adhir Ranjan Chowdhury, as its leader in the Lok Sabha. The informal prince of Murshidabad, enjoying a rather controversial Robin Hood-like image, has been a successful street fighter, a Union minister of state and a party functionary — but it is hard to put him ahead of other contenders like Shashi Tharoor, Manish Tewari or K Suresh for the Parliamentary post.

Suresh, a seven-time Lok Sabha MP, has been made chief whip of the party. 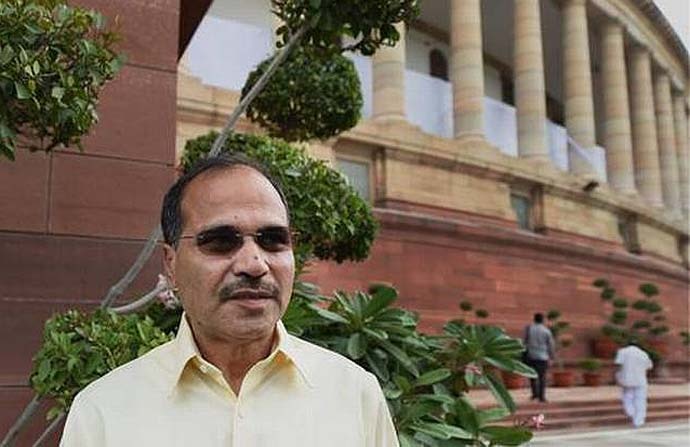 A controversial appointment: Adhir Choudhury's 'loyalty' towards the party high-command is cited to justify the move. (Photo: PTI)

For Tharoor and Tewari, it has been a case of missed opportunity. They had the option to either throw a leadership challenge or stake claim to the office, forcing a contest within a group of 52 Parliamentarians. This simple democratic act — one of a courage of conviction — would have done a service to the grand old party, which has developed a culture of authorising everything to Sonia, Rahul and Priyanka Gandhi.

Excessive display of loyalty, bordering on sycophancy, has become a curse for the Congress. It is a pity that both Gandhis and the likes of Tharoor and Tewari have become wilful participants in this at a time when the party needed to display its internal party democracy credentials.

The bogey of Adhir Choudhury's 'loyalty' towards the party high-command is bogus — as long as a person is part of the organisation or an elected representative, his/her loyalty towards it is absolute and unquestionable.

Manas Bhunia, former Bengal Congress unit chief, was part of the party for 46 long years — in 2016, he crossed over to the Trinamool Congress (TMC). It was said that Bhunia had once pledged that he would continue to serve the Congress till his last breath because his father had asked him not to leave the party. Bhunia did not contest the claim but argued cleverly that he had not gone against the wishes of his father because Didi's party is the 'real Congress' in Bengal.

Adhir was the source of a major rift between the Congress and the TMC at the fag end of the 16th Lok Sabha. On February 13, 2019, Adhir led a frontal attack against TMC chief Mamata Banerjee in the Lok Sabha over the Saradha chit fund. Mamata was in Delhi and was spotted expressing her displeasure when Sonia was passing through the Central Hall of Parliament. The Bengal chief minister could clearly be heard saying she will not forgive Sonia for encouraging the likes of Choudhury.

Few would be aware that the Congress Party in Parliament (CPP) has a separate constitution and in the past, it has had many tussles with the organisational wing of the All India Congress Committee (AICC). When Pandit Jawaharlal Nehru took over as the leader of CPP, the then-AICC chief, Acharya Kripalani, told Nehru to consult him before taking crucial administrative decisions. The post of the Congress leader in the Lok Sabha has previously been held by Arjun Singh, SN Sinha, Pranab Mukherjee, Sharad Pawar, CM Stephen and other stalwarts whenever a non-Gandhi family member had led the party in the Lok Sabha.

Sitting at a distance, one could imagine Pranab Mukherjee having a strong urge to resume pipe smoking when Adhir's announcement was made public.

Mukherjee had quit smoking on health grounds before moving to Rashtrapati Bhawan — but during his smoking days, the constant smoke coming out of his pipe signalled that some crisis was on. Mukherjee may have turned apolitical after spending years as first citizen of the country but his DNA continues to be that of a Congressman.

Adhir's appointment must have pushed him to his wits' end. No Smoke Without Fire: Pranab Mukherjee's smoking was an apparent sign of crisis brewing in the Congress. (Photo: India Today)

Incidentally, it was Mukherjee who amended the CPP constitution to empower Sonia with the authority to appoint the leader of the house in the Lok Sabha and Rajya Sabha — even though she was not even a member of Parliament in 1998. As a man of all seasons, Mukherjee offered a remedy to ensure Sonia's authority over the Parliamentary wing continued undiluted even though Sharad Pawar was leader of the party in the Lok Sabha.

Mukherjee got Clause 5 of the CPP constitution amended to create the chairperson's post.

Under sub clause 'C', the chairperson and not the CPP leader would nominate the party leaders in both houses as well as deputy leaders and chief whips. The amended clause now reads: "The chairperson shall have the authority to name the leader of the CPP to head the government, if necessary." As elected MPs, Tharoor and Tewari could have expressed a desire to contest CPP polls — it would have forced Sonia to hold CPP elections.

It is still not too late for well-meaning members of the Congress to demand CWC and AICC meetings to discuss Rahul Gandhi's resignation as party president.

If they act as Tharoor and Tewari-mould mute spectators, a proxy like Adhir will be imposed, making way for chaos — and a possible disintegration of the grand old party.

Also read: Head on a party platter? Is Praveen Chakravarty being made a scapegoat to absolve Rahul Gandhi?