What Gandhis don't want you to know about Adil Shahryar's release

According to a theory, Shahryar's father Mohammed Yunus had threatened to unmask Nehru over the controversy related to Netaji Subhas Bose's fate.

It was several years back at the car park of the India International Centre in New Delhi that I first heard about the triumph of Indian diplomacy in securing the release of Adil Shahryar. An elderly gentleman spoke in a soft but firm tone bearing a tinge of bitterness. He said it involved his uncle somehow.

My memories of that day were revived yesterday. External Affairs Minister Sushma Swaraj was pulling back no punches in the Lok Sabha as she gave it back to the Congress for all that had built up over the last few weeks. She urged Rahul Gandhi to question his mother Sonia on why his father Rajiv Gandhi had a quid pro quo arrangement with the US and why he allowed Union Carbide chief Warren Anderson to run away to the US. Sourcing the information to late Congress leader and the then Madhya Pradesh chief minister Arjun Singh, she claimed that Rajiv allowed safe passage for Anderson to secure the release of his childhood friend Shahryar who was serving 35 years sentence in a US jail.

Overlooked in this scenario is the fact that considerable time elapsed between Anderson's escape in December 1984 and the June 11, 1985 presidential pardon for Shahryar, efforts to seek whose release were going on for quite some time.

So was there something else behind the stupendous Indian efforts in securing Shahryar's release?

After Shahryar was sent behind bars in 1982 for offences which included an attempt to blow up a ship, his devastated father Mohammed Yunus scrambled to get his only child released. He was able to pull some strings, for he was, to quote a leading journalist writing in India Today a few years back, "a former foreign service official and long time sycophant to the Gandhi family". I am given to understand that the claims of "friendship" between Shahryar and Rajiv are somewhat exaggerated. "The Nehru-Gandhi family has ruled the country. They are king and we commoners," Amitabh Bachchan famously said in 2004.

Yunus tried various ways with the assistance of the government of India. "The case is very sensitive and has high visibility in India. Indian officials have already been (able) to see the assistant US attorney," notes an August 1982 letter written to the then US attorney general William French Smith by his special assistant John Glover Roberts Jr, who is now the chief justice of the US. Roberts's letter referred to Hollywood legend Charlton Heston writing to the US attorney general seeking "fair treatment" for the son of his friend. Yunus was described by Heston as "a highly respected member of both of Mrs Ghandi's [sic] governments, and a key figure there since before Independence, when he was a close friend of Mahatma Ghandi [sic]".

The correspondence shows how desperate Indian officials were to get Shahryar released. One official in Delhi even took a swipe at the US, telling Heston that America was "a strange country, where a man could shoot the president and get off scot-free, while another could launch a failed fraud [sic] and get thirty-five years".

However, Smith expressed his inability to do anything. 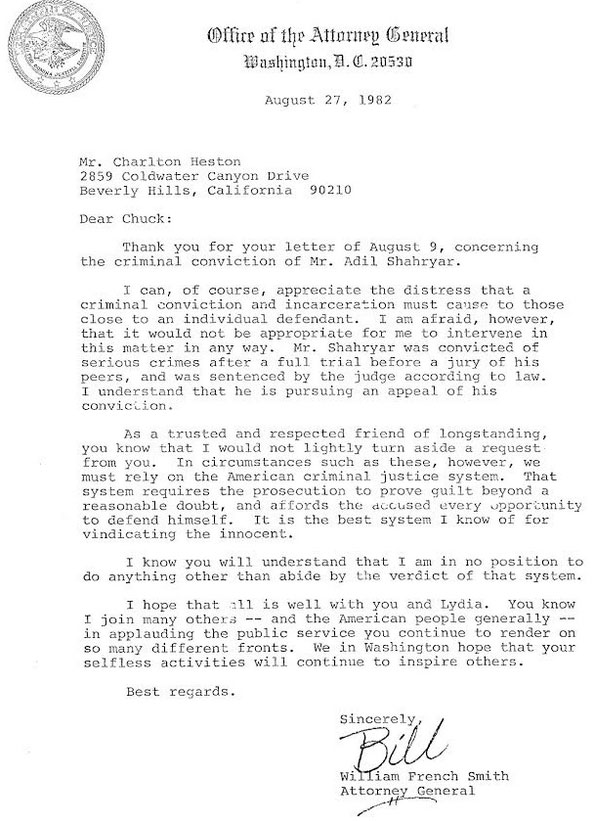 Shahryar was not set free until, as the story goes, Rajiv Gandhi had made a personal intervention. And thereby hangs a conspiracy theory, which was precisely what was conveyed to me at the IIC car park.

"Yunus threatened Rajiv that he would unmask his grandfather in the Netaji matter if he did not seek his son's release," were the words of late Pradip Bose, a nephew of Subhas Chandra Bose.

The question is: was Yunus someone who fitted the description of a "man who knew too much" over the controversy related to the fate of Subhas Chandra Bose? It has been claimed over the years that Jawaharlal Nehru used to entrust Yunus with the safekeeping of the secret files on Bose. Now that Yunus is dead, we may never know the truth. Partly because several classified Nehru-era records concerning Bose and the Indian National Army (INA) properties were illegally destroyed when Indira Gandhi was the prime minister. What has survived in a secret prime minister's office (PMO) file today is a note bearing Yunus's name. 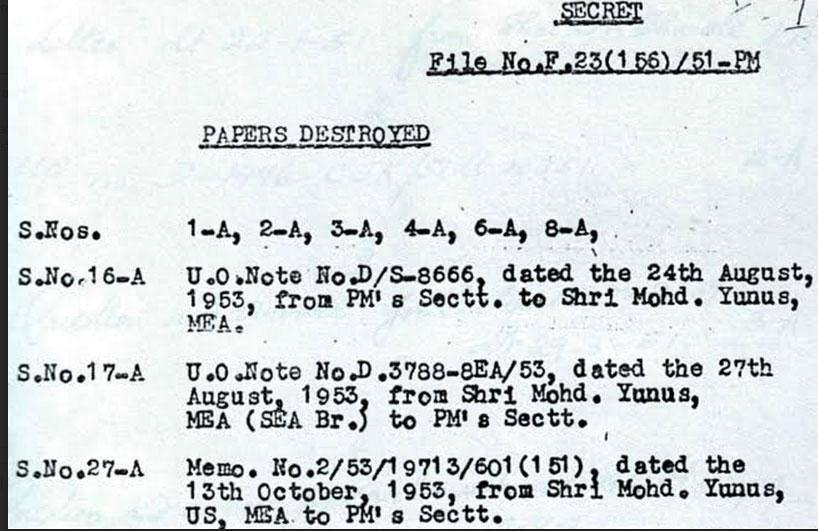 #Warren Anderson, #Rajiv Gandhi, #Mohammed yunus, #Adil Shahryar
The views and opinions expressed in this article are those of the authors and do not necessarily reflect the official policy or position of DailyO.in or the India Today Group. The writers are solely responsible for any claims arising out of the contents of this article.