Samundari Jihad: Navy chief warns of sea-route attacks. Why we must heed this urgently

Sea-routes were used in both the 1993 and 2008 terror attacks. The navy's alert now must be taken with utmost seriousness.

Amid tensions running high on both the sides of the border in the aftermath of the Pulwama attack and the Balakot air-strikes, Indian Navy Chief Admiral Sunil Lanba has issued a serious warning — of potential sea-driven attacks. This carries much significance. It also coincides with Pakistan claiming having stopped Indian Navy submarines from entering its waters.

“We also have reports of terrorists being trained to carry out operations in various modus operandi including through the medium of the sea,” Admiral Lanba has said. There are strong reasons why we can’t afford to dismiss this as a pre-emptive warning or even a false alarm. If Pulwama was the result of a massive intel failure, the Navy chief’s warning should ensure we don’t repeat the same mistake.

Many analysts talk about an essential 'surprise' element in terror strikes — which basically means that terrorists are not likely to repeat their mode of attack. This makes room for arguments like why there wouldn't be a repeat of 26/11.

But we don’t have any room for any ‘miscalculations’ anymore. 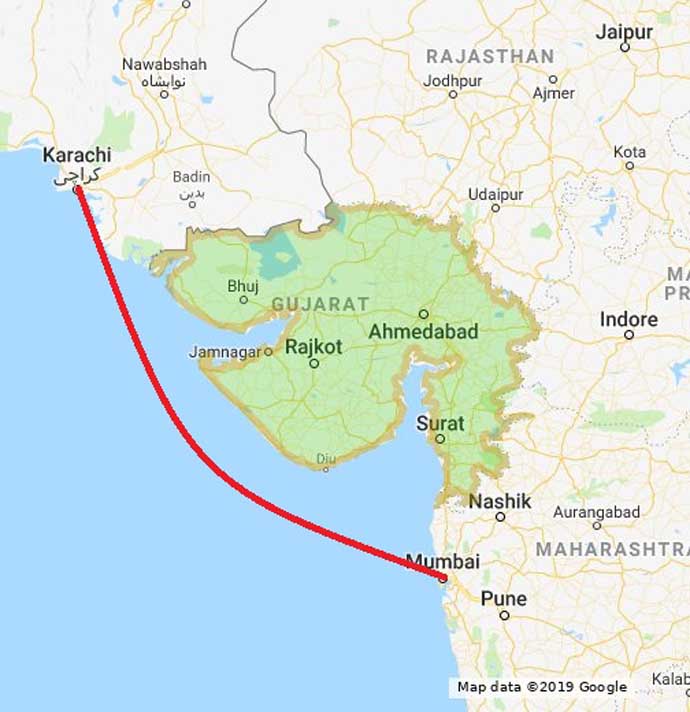 The 1993 Mumbai blast made use of the sea route — the RDX used in the serial explosions which killed 257 people in Mumbai in 1993 was smuggled in through a consignment via the sea route.

After 15 years, the same model was repeated, partially though. In 2008, q0 Lashkar-e-Taiba (LeT) terrorists, including Ajmal Kasab, came to Mumbai from Karachi via the sea route, getting on an Indian boat from Gujarat.

We all know what followed.

In both these cases, the points where the terrorists landed were unattended. This should not come as a shocker. India being a peninsular country can’t have fool-proof maritime security at every place and location, and this will always remain a challenge.

According to reports, the Indian Coast Guard, which takes care of our maritime security, apart from the Navy, has carried out 347 operations based on various intelligence inputs in the last 10 years. An automatic identification system has been put in place, which enables security agencies to see all vessels at sea on one screen.

'Samundari jihad' is not a new term in global terror — in the year 2000, 17 US Navy sailors were killed when Al Qaeda terrorists rammed a suicide boat into the USS Cole. Early this year, the Ministry of Home Affairs informed the Rajya Sabha that they have intel inputs of Samundari Jihad — Pakistan-based terror groups training their cadre for a via water strike.

There were reports of Jaish-e-Mohammed also conducting deep-sea diving training at its Bahawalpur campus.

The signs are there and the Navy chief has sounded an alarm in very good time. We must keep our preparedness at an all-time high.

Also Read: From Doklam to Uri to Pulwama, India was caught off-guard. But preparedness is the only way to combat terrorism

Post your comment
#Pakistan, #Coast Guard, #2611 mumbai attacks, #Pulwama attack
The views and opinions expressed in this article are those of the authors and do not necessarily reflect the official policy or position of DailyO.in or the India Today Group. The writers are solely responsible for any claims arising out of the contents of this article.