On November 9, Indian Navy chief Admiral Sunil Lanba visited Cherbourg and was given a detailed presentation on France’s new nuclear-powered attack submarine (SSN), the Barracuda class. The first of these six French SSNs is to join the French navy next year.

Admiral Lanba’s visit to the French nuclear submarine builders at Cherbourg will be closely watched for several reasons.

The government-owned Naval Group (earlier called DCNS) is France’s largest warship manufacturer. It is also building six Scorpenes for the Indian navy at the Mazagon Docks Ltd Mumbai under a 2005 contract and is also in the reckoning for the Project 75I submarine building project.

The navy chief’s visit comes at a time when India is on the cusp of an unprecedented expansion of its undersea fleet. It is looking to build three types of submarines, one conventional and two nuclear, in three separate projects. These projects, roughly worth more than $28 billion dollars, are spread over the next decade.

A yet-to-be decided tie up of a foreign shipyard and Indian private sector company is to build six Project 75I conventional diesel-electric submarines for the navy at a $8 billion price tag. The classified Advanced Technology Vessel (ATV) project steered by the DRDO, navy and the BARC, is also designing six 6000-ton SSNs like the Barracuda class under a $18 billion project cleared in 2015. A new generation SSBN replacement for the Arihant class costing more than $1.5 billion, is also on the drawing board. 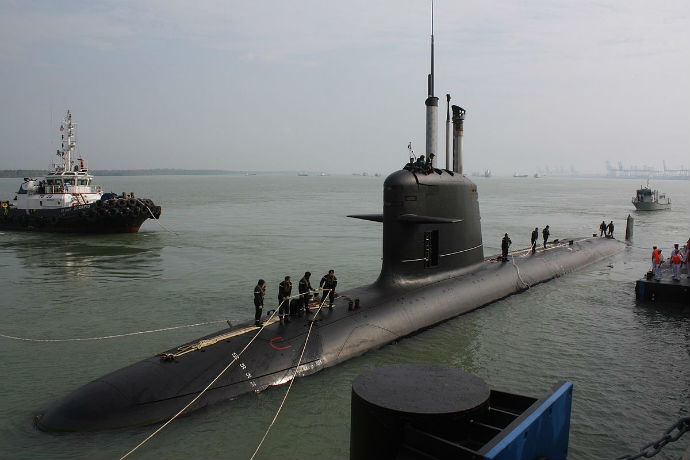 The Barracuda, naval analysts say, holds out hope for the navy to integrate all three diverse projects for the SSK, SSN and SSBN. The reactor, in particular, could be a game-changer because the navy is believed to be looking for a new one to power both its SSNs and new generation SSBNs.

India’s interest in the Barracuda dates back to 2007 when a delegation of senior Indian Navy personnel were briefed on the capabilities of the boat, then on the drawing board. The Barracuda-class SSNs were meant to be a quantum jump in France’s nuclear submarine capabilities. They were designed for maximum operational availability — nearly 265 days of the year —  and to undertake two distant patrols a year into the Indian Ocean, sailing around the Cape of Good Hope. It was the closest then that the Indian navy had come to western nuclear naval reactor technology, particularly the use of Low Enriched Uranium (LEU) in French naval propulsion reactors. Of the six nuclear submarine operating countries, only France and China use LEU in their naval propulsion reactors. India, like the US, UK and Russia, uses Highly Enriched Uranium (HEU), enriched to a very high in their nuclear submarine reactors.

Naval reactors are at the very heart of a nuclear submarine’s phenomenal capabilities. The unlimited power from a nuclear reactor to run a submarine’s steam turbines which, in turn, runs the vesssel’s propellers, allows a submarine to carry out its operational tasks — that is attacking surface ships and land targets in the case of SSNs and SSGNs or lurking silently under the sea with a load of nuclear-tipped missiles like ballistic missile submarines (SSBNs).

Miniaturising a nuclear powered reactor to fit within the confined space of a submarine is what makes nuclear submarine construction so challenging. And this is where France’s achievements in this field are commendable — its 2,400-ton Rubis class were the world’s smallest nuclear powered attack submarines when they were fielded in the early 1980s, compacting a reactor into a hull slightly larger than the Indian navy’s kilo class diesel-electric conventional submarines.

The Indian naval delegation were impressed by the Barracuda because they asked DCNS if France would be willing to help India with reactor technology. The French response was not surprising — the issue would have to be considered at the political level. Back in India, the naval delegation prepared a classified report on the need for the navy to consider French LEU naval propulsion reactors. The report also emphasised the need to establish commonality between its nuclear and conventional submarine lines. This would not only reduce build-times but also standardise spare parts and maintenance for a diverse fleet. It is not known whether the government acted on these proposals.

If it acted on establishing commonality among the various submarines, it would be in line with curent thinking both in the US and Russia. Russia’s "Project Husky" nuclear powered nuclear submarines are believed to be only around 6,000 tonnes, half the displacement of its Akula and Severodvinsk class SSNs, and reportedly form the basis for a new class of SSN, SSGN and SSBNs. The US Navy’s Virginia class SSNs can be converted into SSGNs and are also the basis for the new Columbia class SSBNs.

There is currently no explicit ban on the sale of naval propulsion reactors between the P5 nations and non-nuclear weapon states, but this has not been done so far.

India, meanwhile, is faced with increasing undersea threats in the neighborhood: the routine deployments of Chinese submarines — both nuclear and conventional — in its backyard, the sale of eight Chinese Yuan-class submarines to Pakistan and the increasing frailty of India’s ageing submarine fleet.

Also read - Tejas is not fit for skies: Is Modi's Make In India coming in the way of armed forces?