Trump identifies China as an adversary. But is he not facilitating China's expansion in the Af-Pak region at the cost of India's security?

Dealing with a mercurial US President like Donald Trump is problematic for the American establishment itself, leave alone US allies, friends and adversaries.

The fallout of domestic political rivalries in the US on the country’s foreign policy is destabilising for the international community at large. The US wants its domestic law to be obeyed by other sovereign countries, failing which, they are exposed to sanctions ranging from heavy fines, denial of access to the US financial system, and other punitive consequences.

Others have no control over the framing of US domestic legislation but become victims of it.

They have the choice of rejecting US domestic law, but they have to then weigh the costs of defiance.

Upholding international law as a matter of principle is always an option.

America’s weight in the international system is such that these calculations will almost always be in favour of finding a modus vivendi instead of standing on principle, beyond a point.

India has had to do this exercise. 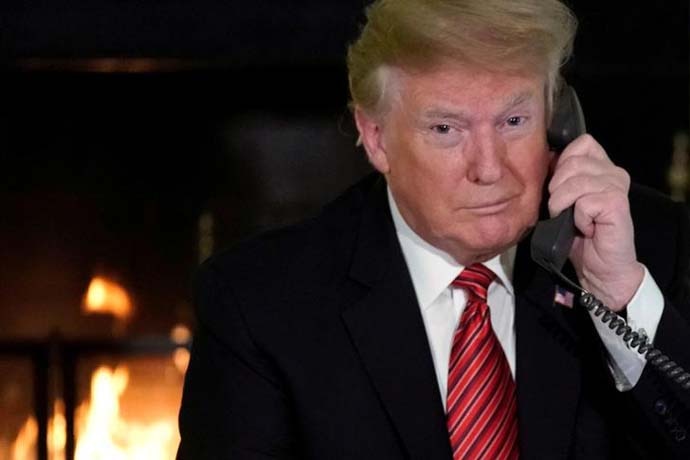 US policies in our region have always been problematic for us. (Photo: Reuters)

So far, we have managed to avoid the worst impact of the Countering America’s Adversaries Through Sanctions Act (CAATSA) targeting Russia and Iran.

However, CAATSA casts a shadow on the smooth development of India-US ties because the initiative to enforce the legislation or give exemptions lies with the US, and, in turn, India has to keep CAATSA in mind as it decides on future projects with its two critical partners.

We have, of course, experienced US sanctions for decades in many critical strategic areas. Today, handling the vagaries of Trump’s policies presents a challenge from a different optic. The US has, in many respects, become our strongest international partner, and the investment we are making in improved bilateral ties has been rising.

To maintain their momentum, untoward political shocks have to be avoided. US policies in our region have always been problematic for us. It has now been confirmed by publicly released US State Department documents that it had agreed with China under Deng Xiaoping’s watch to allow Pakistan to pursue its nuclear weapon programme for a better balance in South Asia.

Today, some elements of US thinking and policies on Pakistan have become more congenial for us, but the core equations in the sub-continent have not been decisively altered in our favour. 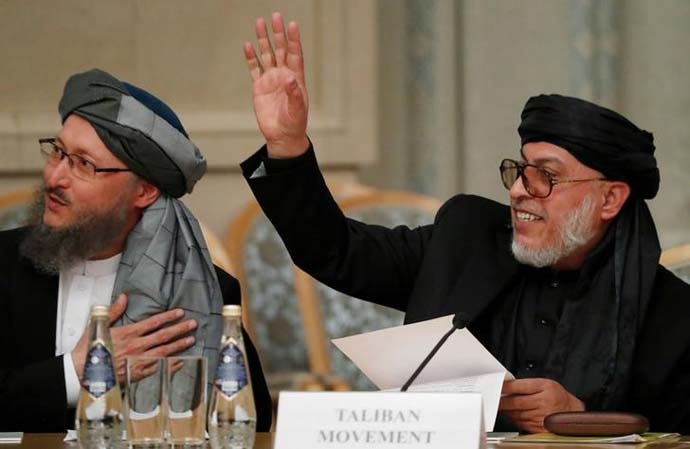 It is ironic that the US began the war to oust the Taliban and now wants to end it by yielding to this retrograde force. (Photo: Reuters)

Trump’s latest announcement about reducing American troop presence in Afghanistan by half — from 14,000 to 7,000 — seems to be part of the exercise of facilitating an agreement with the Taliban who have been demanding a total withdrawal of foreign troops from Afghanistan.

On the face of it, the announced reduction seems to be a form of “advance payment” to convince the Taliban about US seriousness to end its 17-year war in Afghanistan.

It is ironic that the US began the war to oust the Taliban and now wants to end it by yielding to this retrograde force.

Terrible terrorist acts by the Taliban have multiplied dramatically in recent months and more and more Afghan territory has come under its sway.

On the one hand, the combat against terrorism continues to be a shared India-US concern that gets reflected in joint statements, and this includes exhortations to Pakistan to suppress the jihadi elements on its soil accompanied by Trump’s fulminations against Pakistan’s duplicity on the terrorism front.

However, Trump is also seeking Pakistan’s assistance to bring the Taliban to the negotiating table, which also amounts to implicitly believing in its good faith that could be potentially rewarded. It is Pakistan that has provided safe havens to the Taliban and now that Imran Khan — who earned the sobriquet ‘Taliban Khan’ for his opposition to the US war on terror and his Islamic links — is the country’s Prime Minister, the Taliban are assured of stronger Pakistani support.

Trump is willing to countenance this. Given Pakistan’s long-standing policy of opposing India’s presence in Afghanistan and promoting political forces there that would be under Pakistan’s broad control, the latest turn in Trump’s Afghanistan policy bodes ill for India. Won't the present scenario hand Afghanistan over to the Sino-Pak axis? (Photo of Gwadar port: Reuters)

It is not enough that India and the US have a strategic understanding in the maritime domain, but not on land in the Af-Pak region.

A strategic partnership ought not to have contradictory elements, as is the case in the India-US partnership. China may be the principal player in the maritime domain, but its maritime ambitions are being bolstered by Pakistan through the China Pakistan Economic Corridor and the development of Gwadar Port.

The latest reports about China’s stepped-up cooperation with Pakistan on defence projects suggest a strengthening of Sino-Pak strategic ties with implications for security in the Indo-Pacific region.

The US’ potential walkaway from Afghanistan, coupled with deepening China-Pakistan ties would mean handing over Afghanistan to the Sino-Pak axis, to which Russia is also now contributing with its political support for the Taliban.

Trump has identified China as a strategic adversary and is hitting out at it.

However, at the same time, he is opening more strategic space for its expansion in the Af-Pak region at the cost of our security.

Also Read: Why President Donald Trump is not the ally India wants or needs

Post your comment
#Pakistan, #Afghanistan, #Taliban, #Indo-US Ties
The views and opinions expressed in this article are those of the authors and do not necessarily reflect the official policy or position of DailyO.in or the India Today Group. The writers are solely responsible for any claims arising out of the contents of this article.