Why the AgustaWestland case is unlikely to go away

Former Finmeccanica CEO Guiseppe Orsi and Bruno Spagnolini, former head of the firm’s helicopter divison were alleged to have paid Rs 423 crore in bribes to swing a Rs 3,600 contract to sell 12 AgustaWestland AW-101 luxury helicopters to the Indian Air Force. The helicopters were meant for transporting VVIPs including the Indian Prime Minister and President. The deal was scrapped by the UPA government in 2014 after defence minister AK Antony admitted that bribes were paid. A CBI investigation was initiated, an FIR lodged in 2013 and most of the contract money recovered from the Italian firm Finmeccanicca (now renamed Leonardo).

The sensational bribery case has twisted and turned through the Italian legal system over the past four years. In April 2016, a Milan court of appeal convicted the two executives for bribery, overturning a lower court verdict which exonerated them. This verdict was cancelled by the Italian Supreme Court in December 2016 which ordered a retrial leading to the January 8 verdict by the Milan appeals court. The case in Italy now stands closed. 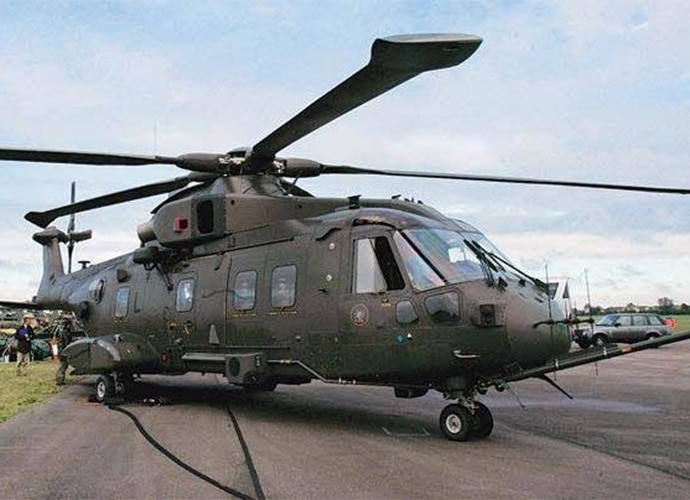 There are two major reasons however why the verdict is unlikely to impact investigations into the bribery case in India. The first being the fact that the CBI believes it has a ‘very strong case’ against Indian officials including former Air Chief Marshal SP Tyagi and his cousins Sanjeev Tyagi, Sandeep Tyagi and lawyer Gautam Khaitan who were chargesheeted on September 1, 2017.

The air chief, CBI investigators says, reduced the operational ceiling of the VVIP choppers from 6,000 metres to 3,500 metres without which the Italian company could not even respond to the contract.

A CBI Special Investigation Team is trailing the suspected 50 million Euro bribe believed to have been paid by the Italian officials to Indian agents via a circuitous eight-country route. The Enforcement Directorate is also investigating the money laundering aspects of the case. Both agencies will have to perform the somewhat complicated task of joining the dots between the Italian officials and Indian beneficiaries.

The other, equally significant reason is that the helicopter bribery scandal has turned into political ammunition for the BJP to target the Congress. The CBI special court’s December 22, 2017 acquittal of the prime accused in the 2008 "2G scam" deprived the BJP of a key poll plank it used to devastating effect against the UPA in 2014. Under such circumstances, the ongoing investigations into the AgustaWestland case and the whiff of political involvement and the names of senior Congress politicians, becomes a potent issue for the BJP to target the UPA in the 2019 Lok Sabha polls. This is a certainity given the fact that the Congress is likely to raise charges of crony capitalism against the BJP for the 2016 deal to buy 36 Rafale jets from France for Rs 59,000 crore.

For the Modi government which has had a scam-free four-year reign, the helicopter scam is a powerful reminder to voters of UPA-era corruption linking to earlier Congress-era defence scams like the Bofors bribery scandal of 1987.

Like the Bofors scandal, the AgustaWestland investigation promises to be a slow-burner playing out over several years if not decades. As Bofors showed us, political scandals have a life of their own even if they don’t ultimately reach a conclusion.

Also read: Is Turkey heading towards a civil war?