The "magus" of the Congress party, Ahmed Patel, has accused the BJP of a "witch-hunt just to win one Rajya Sabha". Keeping a close eye on the developments taking place in Karnataka, Patel is busy charting out a strategy to win his eighth parliamentary term (fifth in the Rajya Sabha) from Gujarat.

Patel's bid for re-election though is threatened by the ongoing political crisis in his party in Gujarat. Right from packing off Gujarat Congress MLAs to Karnataka to ensuring the support of the NCP, Patel, according his close aides, is leaving nothing to chance. The senior Congress leader who has filed nomination for Rajya Sabha polls from Gandhinagar, is, in fact, staying put in Gujarat.

Meanwhile, holding fort for him in the national capital are the Gandhis. The Congress led by vice-president Rahul Gandhi put up fights in both Houses of Parliament on Wednesday, August 2.

Sitting next to his mother and Congress president, Sonia Gandhi, Rahul kept a close watch on his MPs who were protesting in the well of the Lok Sabha. Usually, Rahul sits behind Sonia in the Lok Sabha, but today he sat next to her, sending a message that the mother-son duo are together in this fight for Patel.

According to party sources, the Congress vice-president has asked party MPs to not just raise the matter in both Houses of Parliament but to take the fight to the Election Commission and Supreme Court's doorsteps. 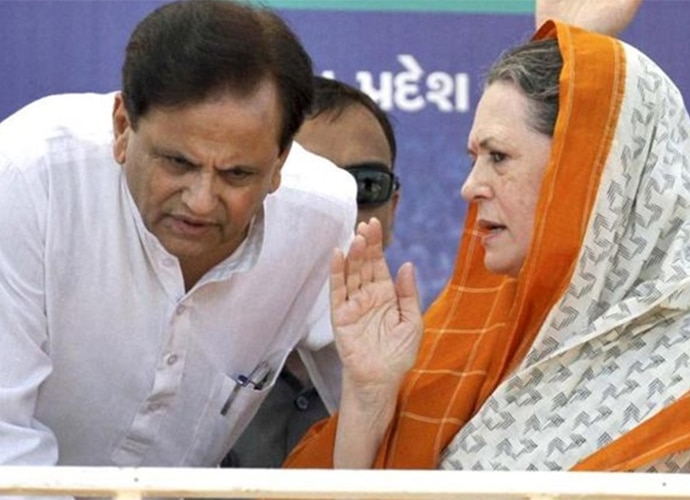 Although if the rumour mill in Lutyens' Delhi is to be believed, Rahul and Patel are not the best of friends (according to a few party insiders, Patel, who has been Sonia’s "right hand" for long, does not want Sonia to give all the responsibility to her son, which could dislodge him [Patel] from the power centre.) The Gandhi scion, however, understands well the repercussions of the fall of Ahmed Patel.

Patel, who served as the parliamentary secretary to the then PM Rajiv Gandhi, was the one who ensured that an opposition alliance could be stitched up for the presidential and vice-presidential polls. And the chances of having a grand alliance of opposition parties in future, where Congress plays the lead role, will also be bleak, if Patel fails to get elected to the Rajya Sabha.

Moreover, it will be a huge setback for the party ahead of the upcoming Gujarat Assembly elections, where again Patel is expected to play a pivotal role. Keeping in mind all that even Rahul Gandhi's visit to Gujarat is now fixed for August 4. Although the Congress vice-president is said to be visiting the flood-affected areas of the state, he will be meeting the who's who of Gujarat Congress and certainly will have a first-hand reality check of the Rajya Sabha poll situation in Gujarat.

After a few Congress MLAs joined the BJP in Gujarat, and Shankarsinh Vaghela's exit, the Congress packed off its remaining MLAs to Karnataka to ensure that no more defection takes place before the crucial Rajya Sabha contest involving Patel. The NCP, on the other hand, has announced that its two MLAs will support Patel. It was Karnataka's power minister DK Sivakumar under whose strict vigil the Congress MLAs were lodged in a resort in Bengaluru. Sivakumar is close to Patel and when the news broke about income tax raids on his premises, Patel himself took on the BJP and the Centre on Twitter.

After using the state machinery and every other agency,these I-T raids show their utter desperation & frustration

"Sivakumar stood as a mountain between the BJP and Congress MLAs. Also, the Karnataka polls are coming and the BJP wants Sivakumar to join their camp," said a senior Congress leader from Karnataka.

Another cause that is being cited as the reason behind the BJP's "witch-hunt" is the rise of a certain Hardik Patel in Gujarat which has divided the powerful Patel community. There are whispers that Hardik enjoys the blessings of Ahmed Patel.

Even though Patel had the option of contesting from a "safe" seat, he chose his home turf. In a recent interview to senior journalist Swati Chaturvedi, Patel said it is a "personal war" with BJP chief Amit Shah (the BJP has fielded Shah for the August 8 Rajya Sabha election in Gujarat).

The BJP supporters, meanwhile, have been going around saying that Patel's defeat would mean a personal setback for Sonia Gandhi. This forced Congress general secretary Ghulam Nabi Azad to say that Patel is fighting the election as a Congress candidate and not as the political secretary of Sonia Gandhi. "Mrs Gandhi should not be dragged into this issue," Azad had said while addressing the media in Delhi.

Meanwhile, senior Congress MP Pramod Tiwari is confident that the fight is far from over yet. He believes Patel still has a lot of old "magic" left in him.

"Ahmed Patel's magic continues. Just wait and watch, he will come up with a magic trick and return to Delhi as a victorious general of the party."