In May 1857, the Sepoy rebels in Meerut wiped out the British garrison and stormed into Delhi, taking the somnolent city by surprise. After killing some Indian Christians and Europeans, they soon declared the unwilling old poet emperor Bahadur Shah Zafar their leader. He was left with no choice but to assume the leadership of a Hindustan in revolt against the Company Bahadur. The Meerut mutineers could have advanced on Lucknow or Kanpur, but they chose Delhi for a reason not necessarily connected to the geographical distance between Meerut and Shahjahanabad.

The aim of the insurgents was to overthrow the Company and restore the Mughal Empire. But why did they repose faith in an emperor who was himself an English pensioner?

There is something deeper in that symbolism of the times. Something related to the popular appeal of the Mughal Empire and its abiding political legitimacy in the India. This socio-political legitimacy went back to Akbar’s reign which was marked by a respect for India’s cultural plurality difficult to find in our contemporary times. 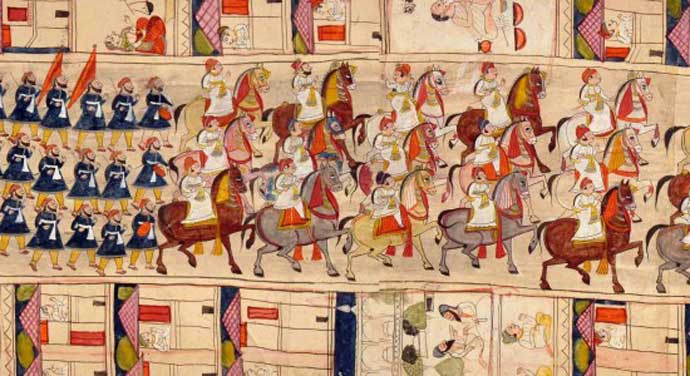 Indeed, the Mughal Empire is a near perfect case study of imperial longevity.

This respect for the other ensured the real and symbolic longevity of the Empire established in India by the scholar-soldier Zahiruddin Babar. All the successor states of the Mughals in the 18th century and even the Marathas derived political legitimacy from the capitals of the Mughal Empire. The English East India Company also received a farman from the debauch emperor Faruksiyar at a time when the Mughal Empire was disintegrating rapidly. In 1765, Clive laid down the foundations of British Rule in India by signing the Treaty of Allahabad with the Mughal emperor and acquiring the Diwani of Bengal. For a long time, the officers of the Company saw themselves as the legitimate heirs of the Mughal State.

Indeed, the Mughal Empire is a near perfect case study of imperial longevity. There is much in it of relevance to the future of India.

The longevity of the Mughal Empire was underpinned by the policy of Sulah Kul, meaning the peaceful coexistence of communities in a diverse civilisational matrix. To understand this, we must distinguish historical elite political conflict from a civilisational confrontation. 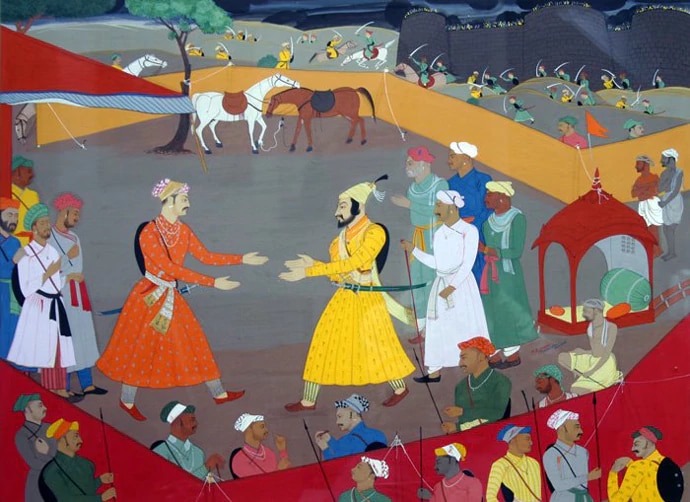 It seems a few setbacks were suffered by Sulah Kul during the reign of Aurangzeb, but in general Sulah Kul prevailed despite the endemic political conflict of a diverse medieval polity. In fact, the late Professor Athar Ali, historian from the AMU, conclusively proved that there were more Hindu nobles in the court of Alamgir than his ancestors on the basis of meticulous research. His work on Mughal nobility is still considered a classic.

Hindu nobles in the Mughal court in the latter half of the 17th century exceeded the numbers achieved under Akbar because all the Mughal emperors, from Akbar onwards, followed a policy of coopting Hindu nobles in ever increasing numbers to keep them away from possible dissent and thereby stabilised the empire. As the Empire matured and aged, its Hindu component increased.

In general, the Mughal emperors maintained a balance between various ethnic groups of aristocrats in their courts; Mughal, Irani, Turani, Pathan, Rajputs and Indian Muslims. Had Aurangzeb been anti-Hindu, as is usually believed thanks to colonial and communal historiography, this would not have been the case. The number of Hindu nobles would have been reduced drastically and Shivaji would not have travelled to Agra to seek a high mansab from the emperor after the Treaty of Purandar (1665). 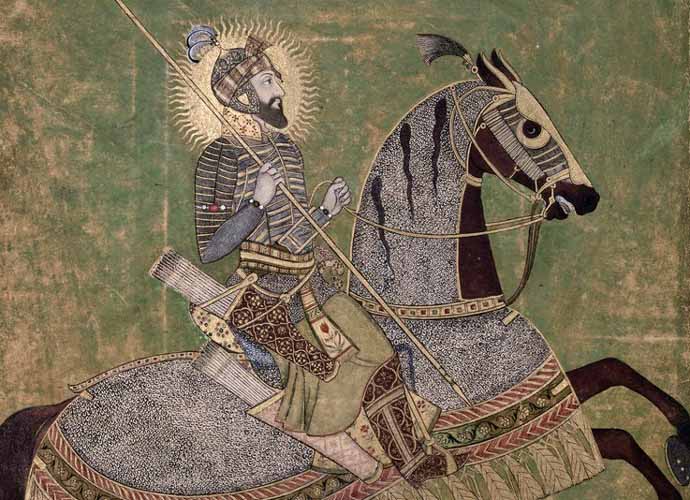 It even worked for Aurangzeb.

Scholars assert that despite the strains suffered by the Mughal polity in the latter half of the 17th century, Sulah Kul survived. The Mughals ruled a vast area by maintaining a balance of communities in India. Even the Deccan Sultanates followed the same policy. This balance of communities was substituted by politicised religious difference during British rule.

This essential difference between Mughal and colonial India was appreciated by secular nationalists like Gandhi and Nehru. This appreciation of India’s pluralistic past guided their vision of an inclusive tolerant postcolonial India. This vision, which lies in tatters now, must be resurrected to keep the idea of India alive and healthy because more than a nation India is a diverse civilisation.

In the 20th century, Nehru was not wrong in adopting Sulah Kul as part of his program of building a secular and democratic republic in India. His policy of peaceful coexistence, also one of the pillars of Non Alignment, was based on a correct interpretation of Indian history. 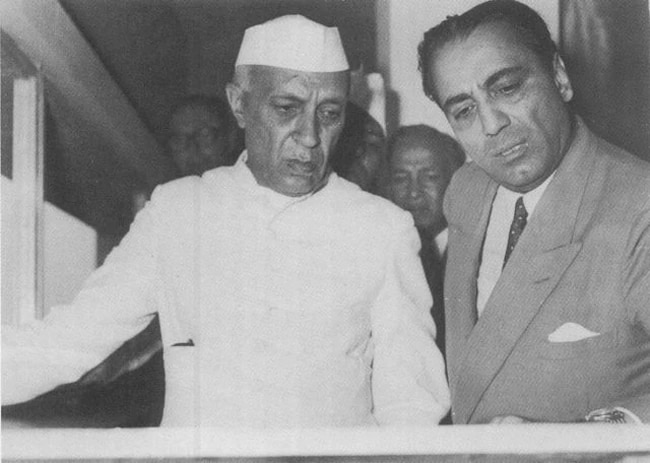 After Nehru, the Congress gradually became complicit in the promotion of Hindu communalism in the 1960s and 1970s.

The republic created in 1950 will fail if peaceful coexistence of communities is not practised as conscious state policy. Endemic blood shed and communal fratricide will be the result of this failure in the modern context. Sulah Kul is a matter of grave concern and serious introspection. It was destroyed by British Colonialism and by the Historicisation of the Indian mind by colonial ideology.

The secular Indian nationalists tried to overcome this ideological impact of colonialism on the Indian minds but remained partially successful, their attempts thwarted by communalism. After Nehru, the Congress gradually became complicit in the promotion of Hindu communalism in the 1960s and 1970s.

Matters worsened when the Indian polity shifted rightwards during globalisation. There is no country in the world where the Centre has held firm under the assault of globalisation. In India, the political rise of Hindutva is coterminous with globalisation ushered in by the Congress.

The defeat of Hindutva and other communalisms is a sina qua non of a return to a modernised Sulah Kul. Given the historical record of the Congress vis a vis secularism since the 1920s, can it be entrusted to rescue India from the tyranny of Hindutva? Will a party which ceded space to Hindu communalism, and proved its Muslim detractors right, be able to save India from the demons spawned by perverted communal hallucinations? 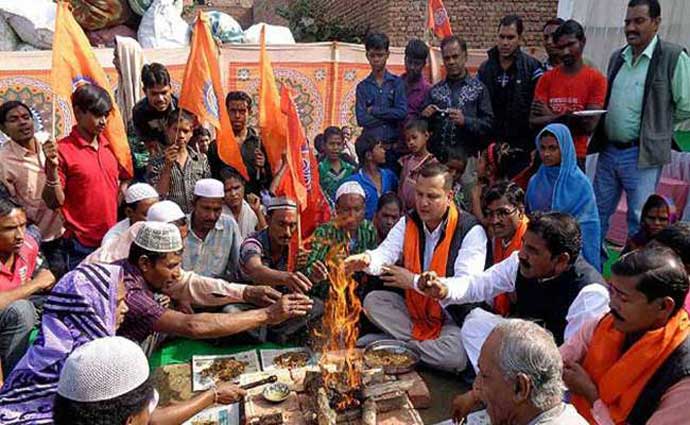 The defeat of Hindutva and other communalisms is a sina qua non of a return to a modernised Sulah Kul.

It is obvious that the present cannot be understood without reference to the past. And it is true that the past always has a past. In India this means the difference between precolonial and colonial contexts. The votaries of the Congress are happy with the recent political outcomes in Karnataka. They look up to Rahul Gandhi to lead the country out of its current morass. Rahul Gandhi is s decent compassionate man.

But is Rahul Gandhi capable of revisiting the history of Sulah Kul in India, like his illustrious great grandfather? The point is not to retreat into history but draw the right lessons from its material realities and political symbolism. There is no better month in India than May to do so because of several reasons.

For now we still have the Constitution, the Red Fort and their histories and legacies. The Mutineers of 1857 reposed faith in the wrong man because they were restorationists. This is easy to understand and possibly repeat.

But do we have the luxury of indulging in false consciousness? Unless the rebels of today trust the right man, this country’s slide into dehumanisation will be impossible to arrest.

Also read - Remembering the revolt of 1857: When Hindus and Muslims were comrades in arms