Alok Verma back as CBI chief: What will the move mean for BJP govt?

In the past few days, allegations have been raised that the government is 'using the CBI for political ends'. Could Verma's return have an impact?

The Supreme Court has reinstated Alok Verma as the Director of the Central Bureau of Investigation (CBI), after he was sent on forced leave by the Modi government on October 23, 2018. The government’s move had come in the wake of infighting between Verma and CBI Special Director Rakesh Asthana.

Verma had challenged the order in court.

Though the Supreme Court has directed Verma not to take any major policy decision, his reinstatement is largely being viewed as his victory. 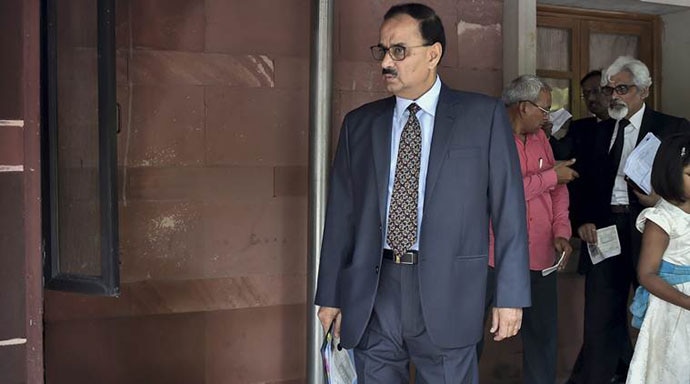 Verma can now walk back into office. (Photo: PTI/file)

However, Verma, who is due to retire on January 31, has to face one more hurdle — a high-powered select committee, comprising Prime Minister Narendra Modi, leader of opposition Mallikarjun Kharge and Chief Justice of India Ranjan Gogoi, is to decide on whether any action should be taken against him, or if he should be allowed to continue.

According to the Supreme Court judgement, the decision has to be taken within a week by the committee.

How much the SC order to ‘not take major decisions’ handicaps Verma will be interesting to see. After Verma’s removal, Nageshwar Rao was appointed interim CBI chief. He, too, had similar restrictions put on him by the court, but he went on to take several ‘major decisions’.

These reportedly included Art of Living classes for CBI officers, clearing of the file to charge-sheet Congress leaders Bhupinder Hooda and Motilal Vohra in the AJL land scam, converting a Preliminary Enquiry (PE) into an FIR in a UP illegal mining case (in which Akhilesh Yadav is under scanner), charge-sheeting Delhi minister and AAP leader Satyendar Jain, transferring some CBI officers and closing a case involving Chennai IRS officials.

Verma, now, will have the power to lodge an FIR or PE in any case. With allegations of the ‘government using the CBI for political ends’ being raised recently, these developments have become interesting.

In its last weeks in office, Modi govt shamelessly unleashing CBI on @yadavakhilesh is a reminder to all that we must not forget what Modi's political opponents have faced during last five years. Time to throw out this dictatorial & undemocratic regime

The decision to send Verma on forced leave had attracted criticism from the Opposition. The Congress alleged that the government acted against Verma because he was planning to lodge an inquiry on Prashant Bhushan’s complaint regarding the Rafale deal.

The row between Verma and Asthana had intensified after an FIR was registered against the latter by the CBI itself. On October 23, both officers were sent on forced leave on the Central Vigilance Commission’s (CVC) recommendation. The return of Alok Verma now starts a new chapter in this saga.

Also read: CBI crisis: The controversy will end, but will the probe agency’s image ever recover?

#Supreme Court, #Rakesh asthana, #CBI, #Alok verma
The views and opinions expressed in this article are those of the authors and do not necessarily reflect the official policy or position of DailyO.in or the India Today Group. The writers are solely responsible for any claims arising out of the contents of this article.