Will Alok Verma go down fighting the Modi government?

After a select committee moved Verma from CBI, he has refused to take charge of his new post.

Even before the dust settled over all his former sagas, the controversial Central Bureau of Investigation (CBI) director Alok Verma was ousted by a high-powered select committee. After two and a half hours of deliberation, the select committee — comprising Prime Minister Narendra Modi, Justice AK Sikri and Leader of Opposition Mallikarjun Kharge — came to the conclusion that Verma’s position was untenable. The Alok Verma saga refuses to end — or, has it just started? (Photo: PTI/file)

Verma was then appointed DG, Civil Defence, Fire Service and Guards. As per reports, he has refused to take charge of this position.

The Modi government, which had sent Verma on leave on October 23, in the second round transferred Alok Verma, but this time, all according to the rules.

The question is — why was the government in such a hurry to remove Verma?

If sources are to be believed, the government was not happy with actions reportedly taken by Verma after he was reinstated as CBI Director by the Supreme Court.

The moment Verma joined office, the first thing he apparently did was to nullify and reverse the transfer order issued earlier by interim Director Nageshwar Rao — which included controversial officers probing Rakesh Asthana.

A few of these officials were reportedly close to Verma and getting them back to Headquarters was an indication that Verma was taking on the government head to head. “He resumed office after 76 days — instead of going through what had happened during his absence with regard to major cases, Verma was more concerned about getting back his men to Headquarters. This indicates his focus and motive,” said a government source to DailyO.

Upset with this, the government had apparently already made up its mind to remove Alok Verma — when, during the select committee meeting, Justice Sikri reportedly suggested that a few allegations against Verma required further probes, it cleared the path for the government to remove him outright.

The government has again appointed K Nageshwar Rao as interim Director of CBI till further notice. 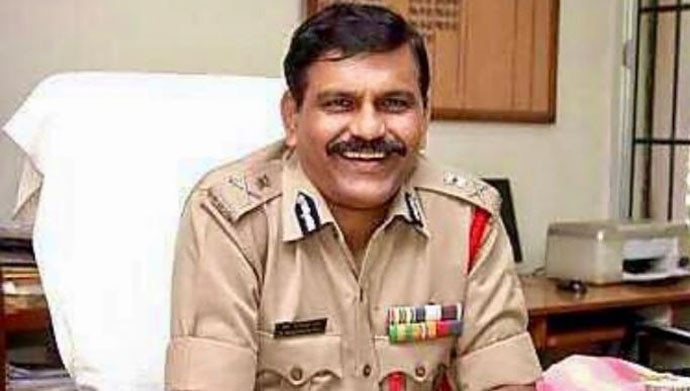 K Nageshwara Rao, the man back in charge of the CBI. (Photo: PTI/file)

Sources say the government is likely to appoint a new director in the next 7-10 days.

It was a majority decision of the select committee to remove Alok Verma and subsequently post him as DG, Fire Services, Civil Defence, and Home Guards.

The panel apparently took into account the extremely serious nature of observations reportedly made by the CVC against Verma. The panel was of the view that being the head of a very sensitive organisation, Verma was not functioning with the integrity expected of him.

The Central Vigilance Commission (CVC) in its inquiry has reportedly found evidence of allegedly influencing investigations in the Moin Qureshi case. There was also evidence allegedly of bribes. The CVC was of the view that his conduct was suspicious, and there is a prima facie case against him. The CVC also apparently felt that the entire truth would come out if a criminal investigation was ordered.

In the meeting, reportedly Justice Sikri was of the opinion that a further probe was required against Verma — and PM Modi apparently agreed. Kharge opposed this and demanded that Alok Verma not be sacked but the majority decided to remove him from the post of CBI Director anyway.

Top government sources have told India Today that, in the IRCTC case, the CVC felt it could be reasonably concluded that Verma apparently deliberately excluded a name from the FIR, for reasons best known to him. The CVC reportedly found evidence against Verma in other cases as well. The CVC also apparently found instances of willful non-production of records and fabrication of record. The Committee also took note of Verma's alleged attempts to induct officers of doubtful integrity in the CBI.

“The Committee felt that as a detailed investigation, including criminal investigation, was necessary, in some cases, his continuation as CBI Director was not desirable, and he should be transferred,” said a government source.

Sources close to Verma have told India Today that he may approach the courts to challenge the committee's decision.

The CVC has reportedly recommended criminal investigation against Alok Verma. The irony could not be greater. The agency entrusted to fight graft in the country may soon see an inquiry against its former Director.

Also read: Can a CBI crackdown on 'corruption' in Akhilesh Yadav's regime prevent an SP-BSP tie-up in UP?