No kid gloves for Kashmir: The Modi govt has a new iron-fisted policy for the Valley. Will it work?

No talks with separatists. No soft touch for established political parties. No rush for Assembly elections. Kashmir is seeing a tough new approach from the Centre. What results will this yield?

The Modi government 2.0 has made its Kashmir policy clear now.

It is going to be hardline in nature, one that, to my mind, would strike fear among separatists and keep politics on the backburner, instead focusing on infrastructure development as well as breaking the traditional dynamics of mainstream political fronts in Kashmir.

Home Minister Amit Shah’s first visit and his subsequent speech in Parliament is a clear indicator of this. Shah, after completing his Kashmir visit, said, “Those (in Kashmir) who have anti-India thoughts in their minds should fear us. We are not members of the ‘tukde-tukde gang’.”

The actions on the ground fully complement this policy.

The question now is, how far is this going to work?

The big question: Will the Modi-Shah govt's Kashmir policy end strife in the Valley? Or will resentment simmer? (Photo: PTI)

Despite separatists' readiness to hold talks, the government has given them a cold shoulder. Governor SP Malik has himself asserted that the Hurriyat was eager to hold a dialogue but the government wasn’t interested. During his visit to the state, the Home Minister did not speak of any engagement process — in fact, there was absolutely no mention of separatist outfits in all the briefings the ministry officials came up with. This makes it evident — the process of engagement with such organisations is off the cards for now.

Instead, the government seems to be in overdrive mode to tighten the screws on them.

The ban on organisations such as the Jamaat-e-Islami and Jammu Kashmir Liberation Front (JKLF), raids and arrests of several leaders are a part of the same process.

But this iron-fist approach isn’t new for Kashmir — many locals who have been through the entire conflict would tell you that they have seen worse times. In the 1990s, during Congress rule, security forces had virtually a free hand in doing whatever they wanted to do. Herds of people would be seen being lined up outside their colonies almost every day in the name of crackdowns and searches. 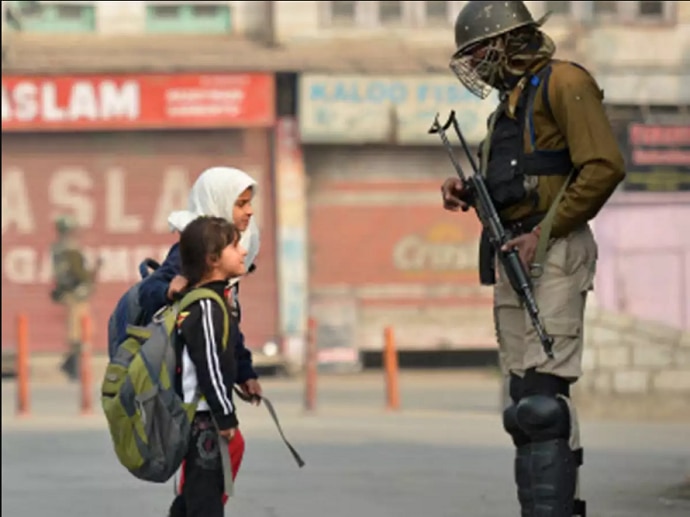 Growing up with guns: For the ordinary Kashmiri, a militarised life is not new. (Photo: PTI)

The Modi government’s last stint was hardly different. Although the BJP formed an alliance with the PDP and signed the common minimum program, Agenda of Alliance, that outlined that the government would bank on the process of dialogue, the reality was starkly different. The bloodshed continues and has reached an all-time high in the last few years. Several experts have pointed out that this approach has never really worked in Kashmir for decades — but the jury is still out on the renewed push by Modi 2.0.

The Valley has seen everything now, from the likes of LK Advani sitting down for talks with separatist leaders, to top army generals saying that the Kashmir issue needs a political approach to reach a solution. So, the only thing different about the Modi government’s approach is that they are not mincing their words.

Now it seems the traditional mainstream political players in Kashmir are also at the receiving end of the Centre’s barbs. Their constant assertion, that a few families have been ruling the Valley, is a direct attack on Jammu & Kashmir National Conference (NC) and the People’s Democratic Party (PDP) — this attitude is quite a shift because for decades, the Centre would be seen nurturing mainstream politicos in the Valley as it was difficult to find people openly rallying around for local politics, who would be Indian flag-bearers in the terror-stricken region. 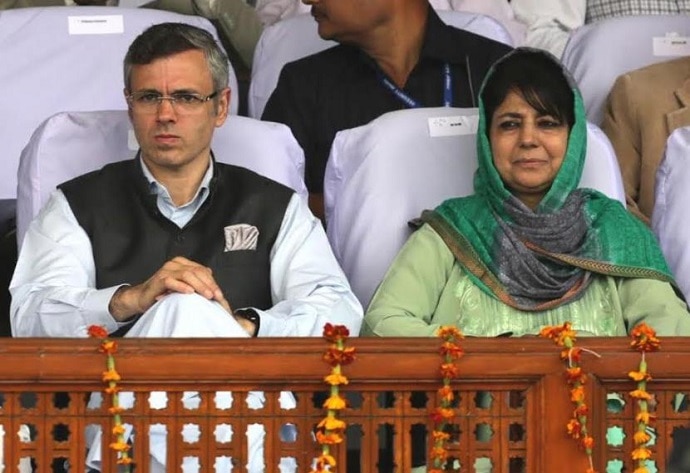 Down with dynasts? The Modi 2.0 govt has been open about its disapproval of dynastic politics in the Valley. (Photo: PTI)

The new government, however, is going after this section of the polity in Kashmir, which is a new move — it will be interesting to see how it plays out against the overall dynamics.

The other important take-away from New Delhi’s Kashmir approach is the delay in holding Assembly elections — after the falling apart of the PDP-BJP coalition last year, the state has been under Governor’s Rule and subsequently, under President’s Rule. While speaking in Parliament, Shah listed a few reasons for the extension of President’s Rule — but many feel the dilly-dallying had more to do with politics rather than any situation on the ground.

This is again something different for the state.

For the most part, previous central governments have ensured that elections do take place in Kashmir, just like the rest of the country, to send out a message of normalcy in the state. However, this somehow does not seem to be a priority for the new government.

Only time can tell how this iron-fisted Kashmir policy will play out.

Also read: Talk About What? India should not waste a second with the Hurriyat, Pakistan's poisonous spent force

#Omar Abdullah, #Mehbooba Mufti, #Hurriyat, #Kashmir
The views and opinions expressed in this article are those of the authors and do not necessarily reflect the official policy or position of DailyO.in or the India Today Group. The writers are solely responsible for any claims arising out of the contents of this article.