Is it NEET or politics over medical entrance test that killed Anitha?

Life was never easy for Anitha Shanmugam, daughter of a daily wage labourer who scored 1176 marks out of 1200 in her Class 12 board exams. Her family couldn’t be more proud of her as the 17-year-old Dalit girl was seen as an inspiration by others from a similar background.

Anitha wanted to be a doctor, but her dreams were hit by the announcement that admissions to medical colleges in Tamil Nadu would be based on the National Eligibility-cum-Entrance Test (NEET), and not Class 12 results.

Not one to be dejected easily, Anitha, who could not qualify the NEET (she scored only 86 out of 700 in the newly introduced entrance examination), spearheaded the fight against NEET in the Supreme Court. She argued that poor students like her could not afford the coaching classes needed to crack the entrance test that’s based on the CBSE syllabus. The questions are tough for students like her who attended state board schools.

On August 22, the Supreme Court ordered the Tamil Nadu government to begin medical admissions based on NEET. The verdict came after the Centre refused to endorse Tamil Nadu's draft ordinance seeking exemption from NEET for one year.

On September 1, Anitha killed herself unable to bear the shock of failure anymore.

The case has taken a political colour with most parties demanding an end to NEET. But many blame the same parties and their leaders who have been busy with the political turmoil after J Jayalalithaa’s death, for the tragic turn of events. The controversy over NEET has been going on since 2013. In fact, in July 2013, the Supreme Court had called NEET unconstitutional. Moreover, it was not just Tamil Nadu, but Kerala, Andhra Pradesh and many others too had opposed NEET in their respective states.

In 2006, the Tamil Nadu government had scrapped the Tamil Nadu Professional Courses Entrance Examination (TNPCEE) to ensure a single unified window for counselling, which is purely based on the Class 12 board marks. The reason pointed out back then was that for students from rural backgrounds, an entrance exam will put them in the back seat compared to their counterparts in urban areas.

In fact, 10 years later in 2016, after the Supreme Court approved NEET for MBBS and BDS admissions, former chief minister J Jayalalithaa had written to the Centre asking them to ensure that NEET is not forced on the students of Tamil Nadu.

Jayalalithaa’s letter read: “Put at rest the mental agony, stress and anxiety of lakhs of students and their parents aspiring for medical admission for the current year in the state quota.”

While the debate continues, the uncertainty clouding the students’ future reflected in the death of 17-year-old Anitha. 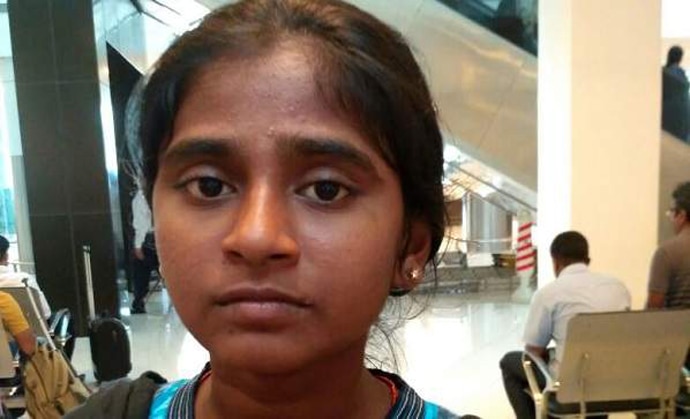 NEET is based on the CBSE syllabus, while most students from the state especially those from the economically weaker sections are highly dependent on state board schools for their education. And this itself puts them at a disadvantage.

Second, most students can’t afford expensive coaching classes and this was the reason why TNPCEE was scrapped. Now bringing back a similar or tougher entrance test is being insensitive to the student community.

The political crisis is not new. Many attributed the present situation in the state to the protracted political turmoil.

“We will continue to protest till justice is served to Anitha’s family. chief minister E Palaniswami, his deputy O Panneerselvam and Prime Minister Narendra Modi are responsible for the present situation. Withdraw NEET, or the protests that have started in Tamil Nadu will spread across India,” said Narendra Rao, a protester in Chennai, where agitations erupted in several parts.

As the demand for removal of NEET continued, what was surprising was the silence of the state government. CV Shanmugam, the law minister, when asked about Anitha’s tragic death, walked past mediapersons without saying a word.

“They killed a girl who could have become a promising doctor. Who is responsible? The government. The government, who could not keep its words but made empty promises and shamefully turned its back to the students,” said a protester from Trichy.

“Health minister Vijayabaskar said if not this year you can write the exams again. But Anitha is dead, will she able to come back to life next year? The state government is the reason behind her death," said another