More loyal than the king: Those protesting liberals' letter to PM Modi have had their brains turned to mush

As India’s best creative minds write a serious missive to PM Modi, urging him to curb communal crime, some others are complaining about the complainants themselves. Why is evident.

Are 49 of our eminent citizens, with a decade-long portfolio of achievements, some decorated with the highest honours in our land, actually 'anti-nationals' who want to see the country ruined?

Are they an ISI-funded sleeper cell of terrorists, perhaps, nursing murderous intentions all these years and sharpening their knives?

If the 62 signatories of the letter addressed to PM Narendra Modi protesting the letter of the above 49 citizens are apparently to be believed, then that is the case.

We have apparently top-of-the-line artists whose works have been part of a rich tapestry, celebrating the splendours of our country, critiquing our societal ills to bring about reform, suddenly deciding to blow up everything they toiled hard for all their lives.

Or perhaps, they only just pretended to toil, leading double lives with devilish cunning, waiting for D-Day to stick it to all of us.

This seemingly deep conspiracy on the part of so many of our finest and talented citizens, many of whom are living legends and icons, has left me in deep shock.

As it probably did Swapan Dasgupta, Prasoon Joshi and Kangana Ranaut, who are no less than icons in their respective fields. Well, now all this has become the talk of the town, so to speak, the latest obsession of mainstream and social media, at least until something else trots along with bells and caps on.

But while we are at it, one does have a few questions.

We are very clear that the letter of these 49 co-signed ‘anti-nationals’ was addressed to PM Narendra Modi urging him to take steps against the widespread incidents of lynching and the general communal unrest.

But what is the point of the second letter penned by the set of celebrities on the ‘other’ side?

That letter is not a grumble about the wrongs in the country — it is a complaint about complainants. Have you ever heard people counter-complaining about complainants unless they are personally being indicted and threatened?

Why would 62 people go out of their way to gather together and complain about complainants? That too, within 24 hours, indicating an efficient and admirable logistical management, the kind that is required for damage control on a major scale.

How does it threaten the fabric of the country in any way? If this letter is such a trivial and misguided communication, the kind that often finds its way into government offices all over India (including the PMO) from sundry cranks and eccentrics, surely it can be ignored.

The lynching in Jharkhand has pained me. It has saddened others too.But, some people in the Rajya Sabha are calling Jharkhand a hub of lynching. Is this fair? Why are they insulting a state.None of us have the right to insult the state of Jharkhand: PM @narendramodi

In fact, Subramanian Swamy has stated on record, “Throw it into the dustbin” with utter dismissive contempt, refusing to give the first letter a second thought.

The point then is this — shouldn't this second letter have been addressed to that group of 49 people, rather than the PM? The 49 celebrities wrote a letter to the PM because they asked him to do his duty as the head of an elected government in a democracy. So, there is some sense in writing to him.

Also, where the 49 celebrities are concerned, what is their skin in the game?

We are talking about highly successful professionals at the pinnacles of their careers, those who are comfortably off, to say the least. Such members of the population do not usually court trouble in a country that is, to many minds, sliding into a fascist regime where the Income Tax department is rumouredly used as a weapon of chastisement or shooters can turn up at your doorstep when the IT cell’s trolls are finished with you.

The last time such people raised their voice was in 2015, against a spate of killings of activists and writers such as Narendra Dabholkar, MM Kalburgi, Gauri Lankesh and of course, Mohammad Akhlaq’s lynching. They were touted as the ‘Award Wapsi Gang’ and the same accusations of hypocrisy were hurled against them. Four years and a new government later, nothing has changed. If anything, things have gotten worse.

It is very hard to find any vested interests among these people unless, horror of horrors, they are actually moved by patriotism and have the country’s interests at heart (something we thought only the Sangh Parivar owns exclusive rights to). 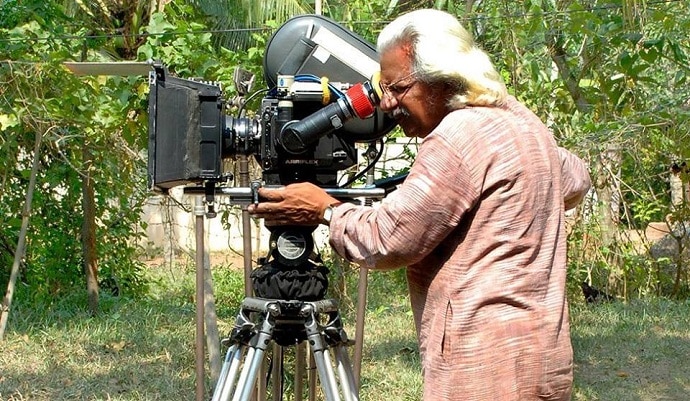 One of India’s nationally and internationally filmmakers, Adoor Gopalakrishnan, one of the 49 signatories of the letter to the PM, urging him to take remedial measures against lynchings, weaponized 'Jai Shri Ram's' (that pass for pious prayer in the wonderfully disingenuous eyes of Swapan Dasgupta & Co.) and the climate of minority hatred, has reportedly been told to go to the moon.

By some pious 'Jai Shri Ram'-sloganeering ruffians (the kind a BJP MP would possibly garland if they carried out a lynching) because, as Adoor surmises, Pakistan is full.

The only people invested enough to go out of their way to defend the indefensible are those, as the saying goes, who are more loyal than the king — and have to make an ostentatious display of it. Pat comes their volley of “Where were you when", "What about", "Why don't you talk about..." to deflect from the present situation at hand.

This is not being invested in the love of country, nor pro-government or pro-party. It is simply adoration of one man by a multitude, which has been sold the elixir of hope not tested by empiricism but just believed in, forever out of reach, tending towards infinity but close enough to mesmerise — and reduce their brains to mush.

Also read: 'Jai Shri Ram' is not a violent war cry. Don't turn it into one now

Post your comment
#Prime Minister, #Anti-liberals, #Kangana Ranaut, #Prasoon Joshi
The views and opinions expressed in this article are those of the authors and do not necessarily reflect the official policy or position of DailyO.in or the India Today Group. The writers are solely responsible for any claims arising out of the contents of this article.