Arif Mohammad Khan: 'After politics, people will see the importance of Triple Talak Law and thank Modi for it, Nehru too would be pleased with Modi'

Q. What is your view on the condition of Indian secularism today?

Secularism as an idea with anti-religion overtones is a western concept — in India, our founding fathers repeatedly made it clear that our secularism is rooted in the ancient Indian way of life that is ‘Ekam Sad Vipra Bahudha Vadanti’: the truth is one and it is perceived variously.

Till about 200 years back, societies world over did not encourage or promote pluralism — on the other hand, India has always been a diverse society. Swami Vivekananda says that we do not believe in tolerance but we accept and respect diverse traditions.

Since the remotest times, we have believed that diversity can be a source of national strength and that all people should not be confined to one single interpretation of reality. Indian tradition strongly believes in ‘Aapo Deepo Bhava', the freedom of the individual to carve out a path to realise the truth. This tradition is deeply rooted in the Indian way of life — and secularism rooted in this tradition faces no threat in India.

The long spells of foreign rules and invasions failed to change the Indian way of life.

I feel it is neither healthy, nor fruitful to keep crying wolf for political reasons or to create sensational news. We have every reason to feel confident that the Indian way of life has enough resilience and vigor to protect its values and traditions of diversity and pluralism.

Q. But why have we reached a situation where Muslims can be lynched for beef rumours in the streets?

There can be only one reason for such unfortunate happenings and that is the communal divide and hate. Can we deny that the colonial legacy of divide and rule remained in practice even after independence? The British held that India was not a nation; it was a conglomeration of religious and social communities.

The Indian national movement believed that the religious and social diversities create no obstruction in making India one nation — but the same old communities and castes continued to be focus of our politics and unfortunately, the citizen does not figure in our political discourse.

There are no simple problems and no simple solutions. We are reaping what we had sown.

As Indians, we should have no difficulty in understanding that our Karma follows us. The truth is that human nature is such that it fears the other, one about whom we know not. This ignorance creates fear and fear gives way to hatred and violence. It has been said: ‘Dwit Ya Da Vay Bhay Bhavti’ — violence is merely a symptom of the disease. The disease is the hatred and communal divide. We need to cure the disease by eliminating otherness through education and administrative policies. Then the symptoms will disappear on their own.

Q. The Triple Talaq Bill has been a major poll plank of the BJP, with the party trying to woo a section of minorities with this — what's your view on it?

Triple Talaq is an enormity which violates the Quran and our sensibilities. Even after the Supreme Court declared it to be unlawful, more than 100 cases of Triple Talaq were reported in three months. The members of the Personal Law Board openly declared that despite the judgment, the practice shall continue — now since the Modi government has promulgated a law through an ordinance making the practice a punishable offense, not a single case of Triple Talaq has been reported.

Have a heart, do not politicise everything.

And then, my question is — what is wrong with appealing even to a section of people on the basis of something very humanitarian and fair that the government has done?

I can say with humility that when the political dust and din is over, then people would realise the importance of this law which has liberated Muslim women from the evil practice of Triple Talaq — and they will only thank Narendra Modi for this historical decision.

Q. The last similar Supreme Court verdict came in the Shah Bano case. It was overturned by Parliament — you resigned in protest. Have your views been vindicated?

Personal vindication is not important to me. But I can tell you that when in the late 1950s, Taya Zinkin, the chief correspondent of the Guardian, asked Pandit Nehru as to what he considers his greatest achievement, he replied: I was able to secure rights for my Hindu sisters which were denied to them for centuries.

She further asked about his greatest disappointment and Panditji said: I was not able to do the same for my Muslim sisters.

I am sure Panditji, wherever he may be, would be immensely pleased with Narendra Modi for having accomplished what Panditji had dreamed for. 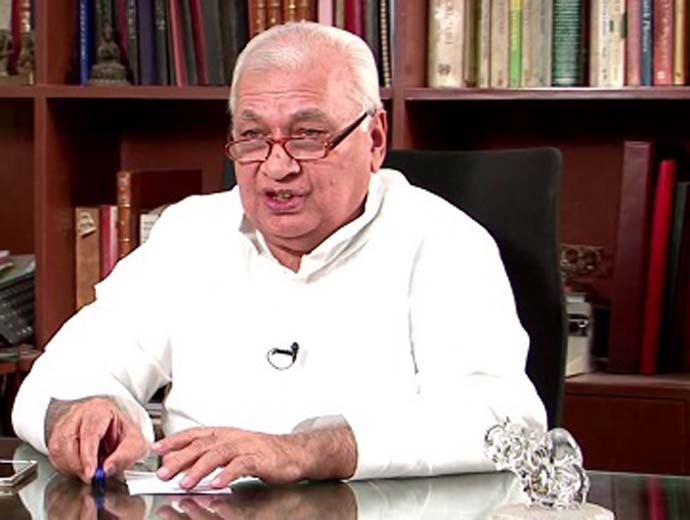 Q. A Pune-based Muslim couple has now approached the Supreme Court to allow entry of women in all mosques — do you agree?

The freedom of religion and its practice is sacrosanct. Men and women have equal right to spiritual pursuits.

As far as I know from the reading of Islamic history, women used to attend congregational prayers during the early period of Islam. Even today, in Mecca and Medina, women attend the mosques to offer prayers.

Q. The opposition is playing the politics of Muslim appeasement, says the BJP — what's your view on it?

I have no comments but one thing I have already said that what the opposition did under the influence of the Muslim Personal Law Board to stall the Triple Divorce Bill in the Rajya Sabha revived the memories of the Shah Bano case when the then-government used its legislative powers to overturn a Supreme Court judgment that had awarded a small sum of less than 300 rupees to a destitute Muslim woman, who was subjected to triple divorce by her prosperous lawyer husband.

Q. Do you feel that Muslims are moving away from secular parties today?

I have already shared with you my understanding of secularism. I do not know what you mean by 'secular parties'.

You want me to believe that a political alliance with MIM of Asaduddin Owaisi and Muslim League is secular and BJP is communal? Only recently, the Jamaat-e-Islami apparently made a public appeal asking Muslims to vote for secular parties. Now, if you read the Constitution of Jamaat-e-Islami, their goal is to establish a religion-based government. The founder, Maulana Maudoodi, is on record having reportedly said that he does not care if Indian Muslims are reduced to the status of shudras. This, he said apparently in response to a question by Justice Munir when he asked him if his plan for an Islamic government succeeds in Pakistan, then what repercussions it would have in India.

For the Jamaat, secularism in Pakistan is Kufr (disbelief or heresy) and in India, they pose as promoters of secularism.

But we are living in the age of the internet and this hypocrisy will not work anymore.

I think we should stop branding parties as secular or non-secular. What is important is the promotion of Indian values that accept and respect diversity and pluralism. What is important is to focus on the citizen. India is no longer the zero sum game played by the British — now, different communities are not rival communities whose secular interests were different and antagonistic to each other, but instead, they supplement and compliment each other.

Q. Is Asaduddin Owaisi the only leader in India who is actually speaking up for Muslims today?

Also read: Lok Sabha elections 2019: How politics is in a populist trap