Ayushmann Khurrana plays a 'Brahmin saviour': Decoding why Article 15 is so dicey

The movie Article 15 has generated a debate around the real Article 15 of the Constitution. Many feel this is a blessing which turned into a curse.

Even today, I still remember the caste system so eloquently outlined in our Civics textbook — Brahmin, Kshatriya, Vaishya and Shudra.

I also vaguely recall the Preamble to the Indian Constitution... that we are a ‘Sovereign, Socialist, Secular, Democratic Republic’. But then, this was just jargon to a 12-year-old and frankly, a bunch of overused words strung together that did not really evoke any kind of feeling.

The castes, or varnas, on the other hand, piqued my interest. Maybe because it was something we could relate to even at that age — your grandmother calling the sweepers ‘jamadaar’ or your brothers using ‘cham**’ as an alternative to ‘stupid’ or your friend sadly confiding in you that her crush had ticked the SC/ST box in the admission forms and hence, this ‘love’ must end.

That’s how deep the caste system runs in India — you are casually practising it without really knowing it, and if we urban dwellers are dabbling in it, think about the situation in rural India.

This is where Article 15 comes in.

Filmmaker Anubhav Sinha's movie is said to be inspired by ‘shocking true events’. Hazarding a guess, the movie seems inspired by the Badaun gangrape of 2014 with Ayushmann Khurrana playing a top cop and Sayani Gupta, a Dalit villager. The trailer itself sent chills through everyone — and why not? We are all guilty of playing the caste game at some point in our life.

The movie has already courted controversy with some rejecting a 'Brahmin saviour' and others saying it demeans Brahmins.

Article 15 (1) and (2) prohibit the state from discriminating against any citizen on the basis of religion, race, caste, sex, place of birth or any of these.

So, when Khurrana says in the trailer that the ‘kitaab’ aka the Constitution must be taken more seriously to run this country, he is talking about this prohibition of discrimination.

But, also, he could not be further from the truth. It is everywhere: Despite reservations and ostensible equality, why is caste still so visible? (Photo: Reuters)

The Article was debated on November 29, 1948 — almost seven decades later, the arguments have not ceased. The most recent example is the Lok Sabha elections 2019, the results of which have citizens debating whether we will turn into a Hindu Rashtra? But that’s still a relatively distant problem.

The real problem is the caste system has casually penetrated so deep into our everyday life that even talking about it seems mundane, and worse, so is Article 15.

Lawyer Nipun Bhatia, chartered accountant and legal management expert at Legal League Consulting, points out, “Article 15 today has far more relevance than it ever had, as it is affecting the right to equality in a deleterious way rather than constructive way.”

He adds, “The 103rd Amendment to the Constitution introduced a new exception by creating a category allowing reservations for “economically weaker sections of citizens". In our country, where 96% of the population could be put in the category of ‘economically weak’, by way of the definition under the Amendment itself, we cannot possibly fathom what a 10% reservation quota will bring about? Aren’t we replicating the mistakes that we earlier did by making a caste-based reservation system where policies were being framed to the benefit of those who are making it?” 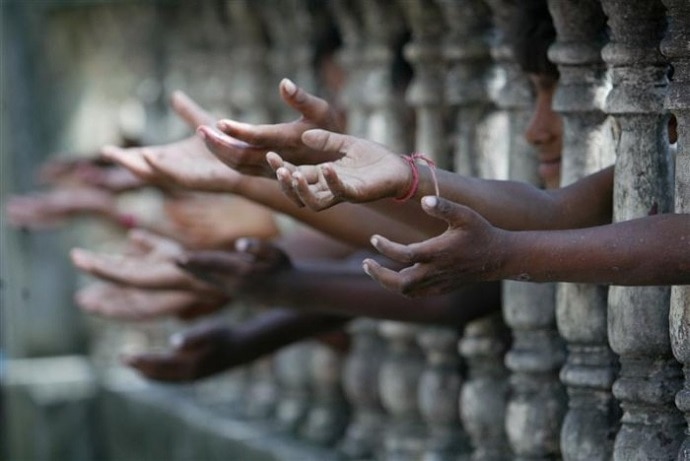 It'll never be enough: In a country where so many face poverty, what good will a 10% EWS quota even do? (Photo: Reuters)

Even though movies such as Article 15 are born with good intentions, they are far from being anti-caste — primarily because the protagonist is a couldn’t-care-about-his-caste-yet-Brahmin-hero, who acts as a saviour for Dalits. So, does it mean that any resistance by lower caste groups is futile — until they are ‘rescued’ by a Brahmin boy?

Such a mindset just proves that we are not ready to change the narrative. This is not new, we are privileged enough to hear, read and know about caste atrocities from our pedestals, and this movie is no different. Yet, wouldn’t things be different if the story was told from the perspective of the sufferers, rather than turning them into mere subjects for a movie?

“I feel that a movie about Article 15 should actually be reflective of the true stigma and ordeal faced by backward classes in rural India. There are newspaper reports every day with such instances where Dalits are being denied basic necessities of life. An account of these instances would perhaps create awareness about the true picture in rural areas and how the government has failed to act despite all provisions. On the other hand, there are several success stories where Dalits have made a name for themselves, educationally, socially and politically. A movie that captures their journey of success may encourage more people to break these stereotypes,” says Bhatia.

Everytime he says the word "bhangi" please observe the look in that child's eyes.pic.twitter.com/4nVrE97DKG

Get woke — don’t get played

There is more to the caste system than being from a downtrodden minority caste or from an upper caste with a 'saviour complex'.

For starters, neither of the two sections are appeased, vote bank politics rages on and incidents such as Payal Tadvi’s suicide continue to occur.

Article 15’s positive discrimination was to bring weaker sections of society at par with others but to many, it has now become a major impediment towards equality — a fundamental right itself. Bhatia agrees, “During the campaigning for the recent Lok Sabha elections, not one political party appealing for minority votes (say, Scheduled Castes or Muslims) raised real issues like education, advancement and employment of these sections to take them away from discrimination or the clutch of orthodox clerics. So, does it actually work in favour of political parties to maintain the status quo of the minorities?”

Common give us a break! The two highest offices of the country @rashtrapatibhvn is occupied by a #Dalit and the @PMOIndia office by an #OBC! Don’t bring caste and creed in everything https://t.co/yYZUPM9qqz

Time and again, whenever the government has lain grounds for ‘protective discrimination’, it has also been observed that the Apex Court has sought for reservations to be within reasonable limits — the Supreme Court also ruled that total reservations should not be greater than 50%. Bhatia thus feels that the biggest deterrents, therefore, to Article 15 are:

The way out? Well, fresh amendments, if being considered, should now exclude caste as a basis of determining ‘backward classes’.

Also read: How the BJP won UP: The BJP defeated the formidable SP-BSP caste alliance in UP

Post your comment
#Mulk, #Ayuhsmann khurrana, #Rohith Vemula, #Payal tadvi
The views and opinions expressed in this article are those of the authors and do not necessarily reflect the official policy or position of DailyO.in or the India Today Group. The writers are solely responsible for any claims arising out of the contents of this article.