Article 370 was most useful to Pakistan: It helped Pakistan spread poisonous militancy and misery in Kashmir

Pakistan used 'special status' of Kashmir to claim J&K was 'disputed territory'. With one stroke, India has ended that claim. Pakistan now faces ruin itself. It has nothing to offer Kashmir.

Pakistan has a moribund economy, perpetually on the brink of bankruptcy. After over four decades of an official ‘Islamisation’ program, Pakistan has created a society increasingly polarised and more intolerant of ethnic and religious minorities and diverse political opinions.

Pakistan’s heroes are not scientists, artists or successful entrepreneurs — they are terrorists like Hafiz Saeed and Masood Azhar.

Having no positive solutions to offer the people of Jammu and Kashmir, Pakistan has resorted to stoking grievance, victimhood and hatred of India, while supporting infiltration and attacks to sustain an insurgency conducted by Pakistan’s de facto state-sponsored terrorist groups, Lashkar-e-Taiba and Jaish-e-Mohammed.

It is a cynical and destructive political strategy — but not uncommon. 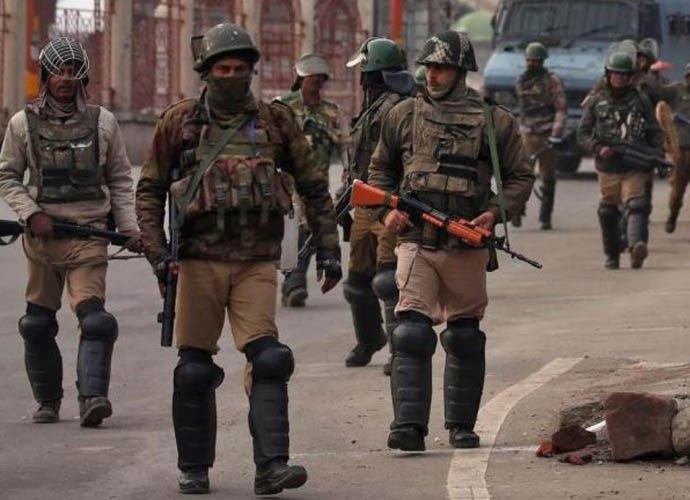 An Unending Cycle: This is what Pakistani policy gifted Kashmir. (Photo: India Today)

Such an approach perpetuates a cycle of violence, which Islamabad finds useful, expecting that the people of Jammu and Kashmir would turn to Pakistan for relief from the continuous divisiveness and turmoil Pakistan itself has generated.

It is the cycle of violence Pakistan uses to maintain the illusion that Jammu and Kashmir is a ‘disputed’ area, worthy of international intervention, with the aim of inflicting a diplomatic defeat on India and acquiring the Indian territory — a process that, if successful, would, no doubt, be repeated.

It is not unreasonable to argue that Articles 370 and 35A have been levers that Pakistan has employed to try dislodge Jammu and Kashmir from India. When the going was good: Kashmir could be internationalised during Article 370. Now, no. (Photo: India Today)

Articles 370 and 35A of the Indian Constitution gave special status to Jammu and Kashmir, allowing it to have a separate constitution, a state flag and autonomy, with its own administration and laws, including those related to citizenship, ownership of property and fundamental rights, as compared to residents of other Indian states.

On August 5, 2019, the President of India, Ram Nath Kovind, issued a Constitutional order declaring Articles 370 and 35A inoperable — and making all the provisions of the Indian Constitution applicable to Jammu and Kashmir.

As Indian Prime Minister Narendra Modi stated in his following address to the nation:

“Article 370 and Article 35A had only given terrorism, separatism, nepotism and massive corruption. These Articles were used as a weapon by Pakistan to inflame passions. This is the reason that in the last three decades, 42,000 people died. It brings tears to anyone’s eyes." The revocation of Articles 370 and 35A now has also significantly diminished Pakistan’s claim that Jammu and Kashmir is ‘disputed’ territory. Just days after the scrapping of Articles 370 and 35A, the United States, the United Arab Emirates and Sri Lanka announced that action related to the administration of Jammu and Kashmir is an Indian ‘internal matter’.

India’s move should be considered a welcome change in the status quo — a potential disruption of the seemingly never-ending cycle of violence that gripped Jammu and Kashmir since the British Indian Empire's Partition created India and Pakistan in 1947, spurring decades of diplomatic tensions and violent conflicts.

It is a momentous and necessary shift in the strategic dynamics, capable of contributing to a lasting resolution of the Jammu and Kashmir dispute.

Wise men and women should treat it as such, rather than adhering to the divisive and provocative arguments of the past.

Post your comment
#Article 370 revoked, #Pakistan reacts to article 370, #Jammu and kashmir pakistan, #Jammu and Kashmir
The views and opinions expressed in this article are those of the authors and do not necessarily reflect the official policy or position of DailyO.in or the India Today Group. The writers are solely responsible for any claims arising out of the contents of this article.