AAP Fights Back: Despite the huge BJP win, the Aam Aadmi Party is not letting the opposition die

From booth to booth reviews to offering women free metro and bus rides, here’s how AAP is making Delhi difficult for the BJP to conquer.

There’s been utter ruin in the opposition camps. The Congress is truly in an existential fix, as visible in Rahul Gandhi’s dazed, unshaven look at the swearing-in of the Modi regime on May 30. The Bahujan Samaj Party (BSP) has dumped the Samajwadi Party (SP) so quickly that one could suspect that Mayawati, till the other day nursing PM ambitions, is now developing strategies to avoid landing in jail. The SP and Rashtriya Janata Dal (RJD) too must be pondering whether politics has indeed moved to a post-Mandal era. 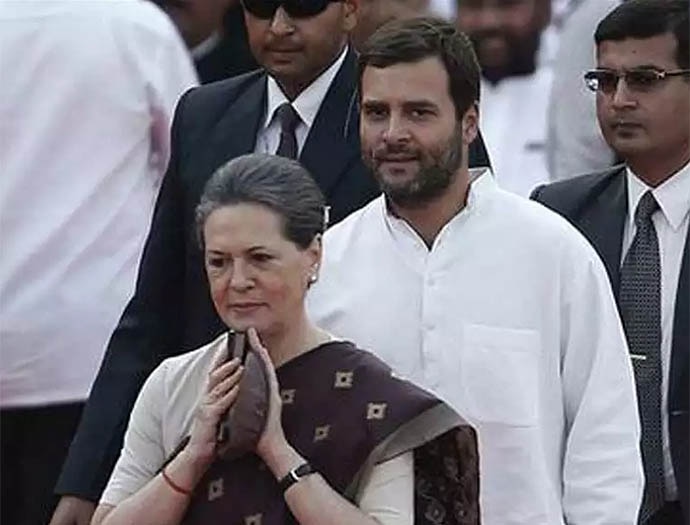 In the shock and awe blitzkrieg of the BJP, the entire opposition in north India was felled.

The only one, however, subsequently showing signs of life has been the Aam Aadmi Party (AAP). Despite slipping to third place in terms of vote share in Delhi and coming up empty-handed in the Lok Sabha polls, the party has shown unequivocally that it is not ready to lie down and die — the scheme to make travel in metros and buses free for women suggests quite clearly that they have not lost the capacity to think big and audaciously.

At the end of the day, a party with very limited resources has managed to hold it together at the time of adversity — despondent volunteers have got excited about the metro/bus proposal and point to the Centre for the Study of Developing Societies (CSDS) post-poll survey that shows a high level of satisfaction with the Delhi government. They are hoping that the voters of Delhi will vote differently in the Lok Sabha and Assembly, as they did in 2014 and 2015.

In the ruins of the day, chief minister Arvind Kejriwal and deputy chief minister Manish Sisodia did turn up at the swearing-in and did not have the bearing of men whose world had collapsed. They have reportedly subsequently had an internal meeting where some of Arvind Kejriwal’s strategic mistakes were pointed out to him. There are certainly rumbles and critiques in a party that still has a core of loyal volunteers. But they have been told to examine the result carefully, booth by booth, get over the depression — and get into gear for the Delhi Assembly elections due in six months. 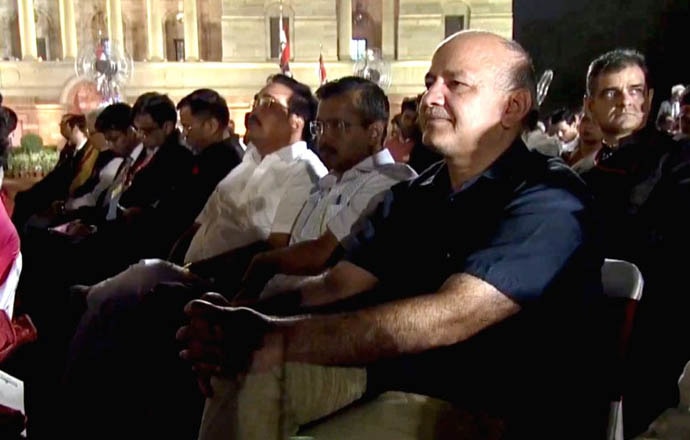 Just an evening out: At Modi's swearing-in, Arvind Kejriwal and Manish Sisodia did not look like their world had collapsed. (Photo: PTI)

According to some commentators, the national mandate was mostly built on Modi’s schemes and freebies. If that is so, and if this is indeed an age where performance matters over caste/community affiliations, then AAP can certainly claim to be a pioneer on some fronts. Its power and water subsidy has probably earned great goodwill and its education and health initiatives have also been innovative. If women start traveling free in public transport in Delhi by the time people vote, it’ll undoubtedly be a popular populist measure.

What could change, however, is the nature of the opposition that AAP will confront — first, the Congress did up its vote share in Delhi. Arvind Kejriwal stated publicly that Muslim vote shifted to the Congress; that was, in the view of this commentator, an inappropriate statement for a chief minister to make and he has reportedly been told so. Why mention Muslims alone when it is also clear that all sections of society also shifted to BJP in a national election?

In an Assembly election, however, people would be voting for the state government. It is entirely possible that large sections of Muslim votes would head back to AAP as would that of other social groups that have benefitted from the Delhi regime.

It is likely to be an AAP vs BJP contest in Delhi with the Congress being the weak third pole. Congress behaviour after the national rout too does not inspire confidence — while AAP has shown the necessary fighting spirit.

This time round, however, the BJP gets into the state battle with a few advantages. It possibly has a chief ministerial candidate in Manoj Tiwari, state unit chief who is now also an MP. Demographic changes now make Purvanchalis (migrants from Bihar and Uttar Pradesh) the largest bloc in Delhi over the Punjabis. Tiwari is a Purvanchali who has focused on this demographic group. In 2015, the BJP had gone with Kiran Bedi as CM candidate, who was seen as an outsider by party structures. The BJP since 2014 has also upped its ground mobilisation game and Delhi will be a prestige fight. After his national win in 2014, Modi was humiliated by the AAP sweep in Delhi and there would undoubtedly be aspects of a grudge match in the upcoming polls in the national capital.

Whatever happens, it is clear that there will be a match in Delhi — it could be the first real battle the BJP would face after its impressive 2019 mandate. Assembly elections to Haryana and Maharashtra take place by October this year, and those are both likely to be easy pickings for the BJP.

But in Delhi, the BJP could meet an opponent that still has the stomach for a fight.