Under Surveillance: CCTV cameras in Delhi schools will be a boon for paedophiles and a bane for our kids

It takes one slip for such footage to land in less than honourable hands. Meanwhile, keeping our kids under such surveillance robs them of their spontaneity and undermines their teachers too.

Childhood. It is that glorious phase where carefree shoulders rub with each other as legs skip rather than walk, embracing life’s adventures, big and small.

But for students of 1,000 government schools in Delhi, that freedom to fall, brush the dirt away and learn from the tumble will now be severely curtailed.

Instead, they have been issued practically a 'stay in jail' card as the Arvind Kejriwal government goes ahead with implementing its ‘revolutionary’ take on education and security — by installing CCTV cameras in their classrooms.

The Delhi government has done plenty for education in the capital, especially with the reforms in public schools. The improved infrastructure and introduction of new teaching techniques in tune with modern-day demands are applause-worthy. The recent mega Parents Teacher Meeting held across thousands of schools, encouraging and involving families that have over the years have given more importance to their daily wage than their child’s marks, has also been a step in the right direction.

Perhaps there can be no bigger validation of their efforts than the fact that children don’t merely attend school today — instead, they are turning up excitedly for their right to sit at their desk. Yet, this misstep to literally put a scanner upon their heads has the potential to erase a lot of the hard work done in the past. 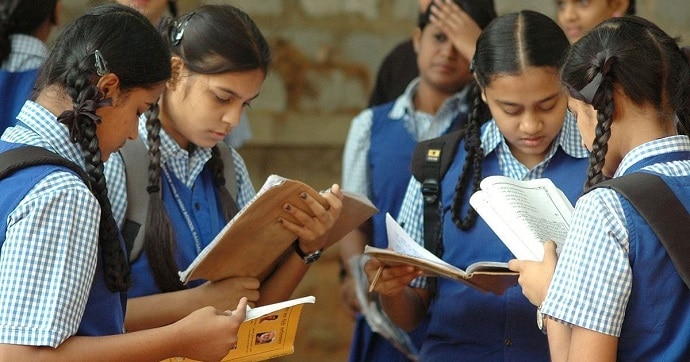 No, they don't need surveillance. They need mindsets around them to change. (Photo: Reuters)

The AAP government’s defence is that live streaming of ‘restricted’ feed from the classrooms to parents’ mobile phones via an app will make ‘the whole system transparent and accountable. It will ensure the safety of kids.’ This decision was bolstered on Friday by the Supreme Court which refused to stay the implementation of 1.5 lakh CCTV cameras across classrooms. The apex court rejected a PIL that questioned a serious concern for many — a breach of students’ privacy.

In a sense, this move by the Delhi government seems akin to shooting the messenger, something we have increasingly started excelling at of late. It’s also really a message of failure — of our inability to provide security and safety to our children in a manner that they rightfully deserve. AAP has based this decision on heinous incidents, such as the rape of a five-year-old in school premises and the murder of a boy in a private school in Gurugram. Instead of stepping up the machinery to ease the very real fear and danger that exists for our children, it has instead, in biggest irony, apparently chosen to punish the victims themselves.

CM Arvind Kejriwal insists that ‘children go to school for education, to learn discipline and become good citizens of the country... they do not go there for anything private.’

Does the Chief Minister not remember his school days, where the joy was in mumbling secrets with friends or sharing a candy right under the teacher’s nose?

This is the rite of passage for every child; these moments in school are what make happy memories for their adulthood. What is their fault if our society has failed to give them refuge?

The government also sees installing cameras as a foolproof method of improving results. Pray tell us how? Education is not a robot! Remember Wordsworth’s famous quote: 'Child is the father of man?' There can only be one surety from this move that in the absence of privacy, kids will now mock us by constantly putting up an act of being on their best behaviour.

The government’s argument that since these children don’t belong to rich backgrounds, the extra eye will make them achievers, is also flawed. Sometimes, children from even the most financially stable families don’t make a great career for themselves. But that is not even the issue here. Whether they belong to the lower middle class or have a lavish childhood, as kids, they are all equally entitled to emotional security.

So, what happens when they leave these sanitised classrooms to go back home? 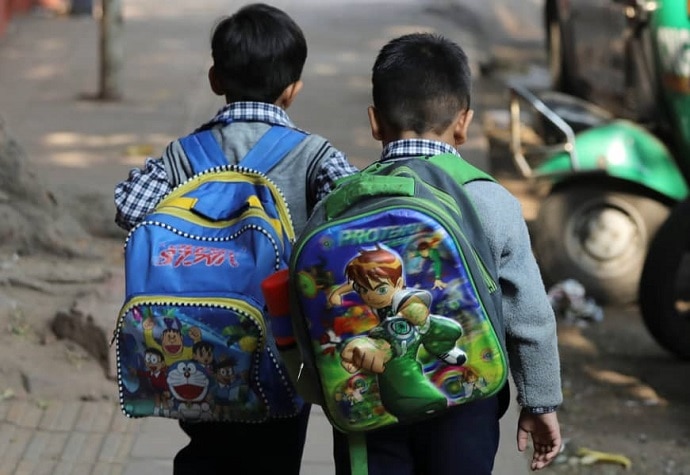 Growing up rapidly: Schoolchildren in Delhi face multiple threats. They learn to watch even for shadows. (Photo: Reuters)

They will walk through the same nooks and corners that are far from safe, where CCTVs either don’t exist or don’t work. It would have been wonderful if the government was equally enthusiastic about protecting the children on our streets. What we owe them are in fact strong deterrents that change mindsets, so that toddlers who don’t even get to the first day of school are not brutally raped and killed. As a child living in a violent city like Delhi, they are adept at watching shadows every time they walk to the market to even buy a pencil.

Now, they have to pay for our collective failure all over again, in the form of surveillance of a different kind.

The government is firm that the feed from the cameras will be password protected and will not reach the hands of strangers — but in a digitally obsessed environment, is it really as simple as that?

All it takes is one parent sharing the feed with a friend who has less than honourable intentions. In a social media-driven world, online paedophilia is a big reality — and yet, we are voluntarily making our children vulnerable by exposing them. Time and again, data leaks of Aadhaar holders make headlines — now, we have put our children directly into that firing line.

Meanwhile, has anyone paid attention to how the teachers feel? There is a lot that needs to be done for their empowerment alone. Nowadays, parents do not consider criticism about their child as constructive. I have heard several incidents of how teachers in senior schools loathe scolding an erring student because they fear the family will literally storm the school. For many, the first instinct is to protect their kin, even if he is in the wrong. The CCTV cameras will further give the parent an excuse to criticise a school when they have no real business doing so. 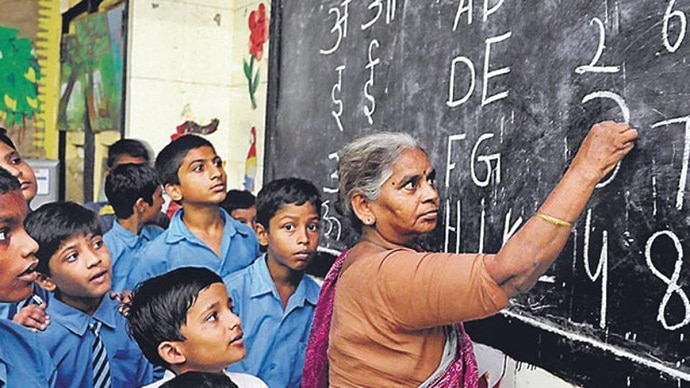 Does she need an electronic eye recording every move? (Photo: Reuters)

So, instead of upgrading their skills and giving them more authority and incentives, we have further pushed teachers on the backfoot by tainting them all as deserving to be constantly observed. A student once openly sent rape threats to his teacher on Instagram; another stabbed a teacher because of poor marks.

Yes, the CCTV cameras may catch these aberrations — but is the government also willing to invest in why it has come to that in the first place?

CCTV cameras in corridors and other public spaces in schools are important; in fact, it is a necessity. But a line has to be drawn, robbing the childhood of these kids is just wrong. There are many other righteous battles to immediately tackle. If the idea is to increase efficiency, maybe those crores for cameras are better spent in government offices because nobody needs the eagle-eyeing more than corrupt babus.

Also read: Done ranting about Kabir Singh? Watch Noblemen, a movie which shows bullying, one of the earliest signs of toxic masculinity

Post your comment
#Education system, #Delhi government schools, #CCTV, #Government schools
The views and opinions expressed in this article are those of the authors and do not necessarily reflect the official policy or position of DailyO.in or the India Today Group. The writers are solely responsible for any claims arising out of the contents of this article.