Dear Arvind Kejriwal, an open letter from a South Indian in India's capital

Cut back on your racism against us, sir. South Indians are not illegal foreigners in our own capital.

Greetings from a Tamilian in Delhi.

This is regarding a phone call I received the other day from an unknown number.

As a journalist, my job requires me to answer calls — from known or unknown numbers. After all, it could be from a source. I automatically pressed the answer button and a familiar voice enquired about my well-being.

Turns out it was a recorded message from you, sir.

It was one of those phone calls that we Delhi residents are receiving as a part of AAP’s election campaign.

I was about to hang up (as I normally do when I realise it is a telemarketing/recorded call). However, my curiosity got the better of me and I listened on.

You, sir, spoke convincingly on how “hamare bachche” are unable to get admission in Delhi University colleges because most of the seats are “taken away” by kids from Tamil Nadu. As I heard you go on with your speech, asking Delhiites to vote for you to ensure that the kids from Delhi are assured of admission in Delhi University colleges (however low the marks), I was initially aghast at your blatant racism.

Then, I panicked, thinking of the consequences of these calls that Delhi residents would be getting at least 10 times a day. 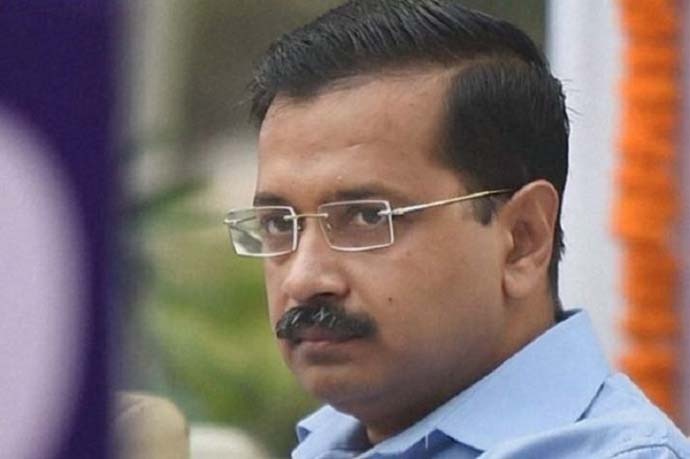 You see, as a Tamilian born and raised in Delhi, I have been subjected to some of the worst torments and racism by “Delhiites”. From slurs on my darker-than-average-Punjabi complexion to being taunted on hailing from the “Raavan rajya” (as opposed to my classmates who were apparently from “Ram rajya”) to what-not. These slurs were perpetrated by some of my teachers in primary school (who never lost an opportunity to abuse me thus in class, and encouraged fellow students to follow suit), to parents of peers who told their kids to not play with me because we Tamilians apparently did “jaadu tona” on others to retain our high grades in school.

To be subjected to all this as an eight-year-old is not exactly a pleasant experience.

While you may find it strange, Mr Chief Minister, your speech still appeals to the same middle and lower-middle class parents of my peer group who did not have much exposure outside the mohallas we were raised in — and thought of us Tamilians as mysterious 'black' (literally) magicians from an unknown land.

The very same mindset of the parents of peers and the teachers who made my growing-up years in this city pure hell.

For no fault of mine.

I could almost hear my fourth-grade Hindi teacher and my worst tormentor’s voice saying “Haaaww! In Madrasiyon ki wajah se hamare bachchon ko college mein seat nahi milti” as I was listening to your recorded call.

Far from the truth, sir.

You see, the discourse around more Tamil students getting admission in Delhi University started when 80% of the admissions in Shri Ram College of Commerce (SRCC) were from Tamil Nadu in 2016. But then, as was asserted and established by the former principal of the college, Mr PC Jain, the admissions were completely based on merit.

There is a good reason for that, sir — you see, it is not so much an expectation as a demand of Tamilian parents (wherever in the world) that their kids do not score anything less than 90%. The 10% leniency is allowed for subjective topics like literature, history and language. Even then, less than 90% is blasphemous. You see, the atmosphere would be akin to a funeral home if the kid scores 98% in a math paper. Fellow (Tamilians) parents would console the parents of the errant kid, wondering where the parenting went wrong, and what kind of a wastrel he or she would turn out to be. Actually, it's not AAP ka decision at all: Delhi University is not a party's personal fiefdom to decide reservations, sir. (Photo: PTI)

In your party’s manifesto, you have promised to reserve 85% seats for Delhi residents in city colleges — however, almost immediately after your manifesto was released, Delhi University officials rejected your claims. You see, sir, the university was established in 1922 through an Act of the Central Legislative Assembly and is governed by the Union government.

It is not for the state government, i.e., AAP (you, in this context) to decide.

Pratibha Jolly, former principal of Miranda House, said that it was “not possible constitutionally even after the city attains full-statehood.” She goes on to elaborate, “All DU colleges are bound with the statutes and ordinances of the Delhi University Act. To make any change in the functioning and policies of these colleges, we need to amend the DU Act in Parliament. All these are merely electoral rhetoric and nothing else.”

You read that right — for any change in the seat quotas, there needs to be an amendment in the Act. Not divisive speeches.

You know, Mr Chief Minister, the generation of parents and schoolchildren today is way more cruel with their barbs than they were decades ago, when I was in school. They are armed with the power of social media to make a nightmare of the lives of anyone you portray — and they consider — an outsider and usurper to “their rights”.

Please get your facts on the laws and legislation right before making such incriminating statements, sir.

These statements could more than damage the social fabric of this city.

If you have any doubts on the legislation, the nerdy Tamil electorate in Delhi will be happy to help you. Please feel free to approach us anytime.

We do not discriminate.