What Article 35A means to J&K

According to the petition that challenges Article 35A, J&K's special status is 'discriminatory'.

The issue of Article 35A has brought together people from across the spectrum in J&K. From separatists to mainstream political parties, trade unions, state government employees, business associations, civil society groups and lawyers — almost everyone is speaking in one voice.

They are out to defend this constitutional provision, which has been defining the identity of a state subject. Various organisations threatened massive protests and long-drawn agitations if the Article was tinkered with.

On August 6, the Supreme Court briefly heard the petition filed by a Delhi-based NGO, and deferred the hearing to August 27. The petition challenges the validity of the Article 35A and calls the special status granted to the state “discriminatory”. 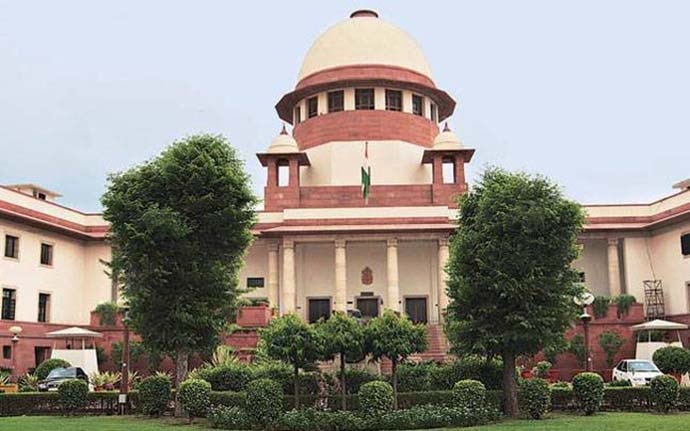 This Article was added to Article 370 by a presidential order

What is Article 35A?

Article 35A is a provision, which was incorporated in the Constitution of India in 1954. This Article was added by a presidential order. This provision gives the Jammu and Kashmir Legislature powers to decide the definition of ‘permanent residents’ of the state, who have rights on acquisition of property in the state, public sector jobs, scholarships and other public aid and welfare schemes.

Thus, this Article helps the state distinguish between permanent and non-permanent residents in relation to owning immovable property, settlement in the state, and employment etc. As per this provision, no act of legislature formed under this Article can be challenged for violating the Constitution.

How did it come into existence?

The historical background of this can be traced back to 1927.

As per several accounts, the need to make a distinction between permanent and non-permanent residents goes back to an agitation which was started by Kashmiri Pandits against hiring of Punjabis in the state administration.

Since most of the civil servants in the Maharaja’s administration were Kashmiri Pandits, they took the outsiders as a threat. The agitation eventually led to a law promulgated by Maharaja Hari Singh in 1927, which barred the outsiders from owning property and applying for jobs in the state. 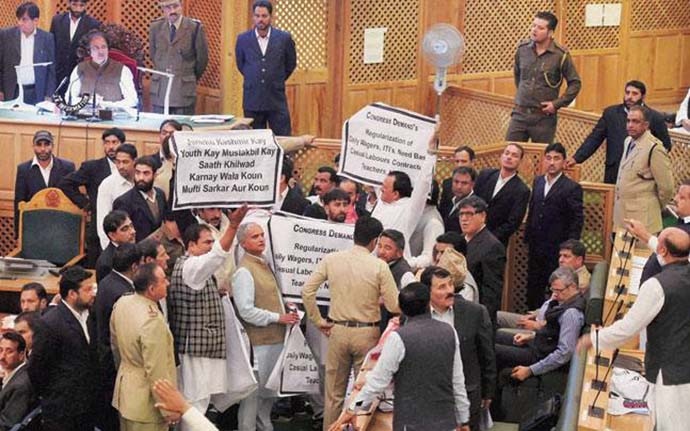 File photo of NC MLAs protesting in defence of Article 35A in the Assembly in 2015. (India Today)

So under Article 370, the Article 35A was added to the Constitution as a testimony of the special consideration the Indian government accorded to the ‘permanent residents’ of Jammu and Kashmir. Soon after, the order followed the 1952 Delhi Agreement between Nehru and the then Prime Minister of Jammu and Kashmir, Sheikh Abdullah.

What is the current controversy?

This is not the first time that petitions have been filed against the special status of the state of J&K.

Many of these petitions have been scrapped by courts in past. However, the current controversy arises after the NGO named ‘We the Citizens’ filed petition not only to target the special status granted to the state, but also pleading that the Article should be held “unconstitutional”.

The petition argues that the President could not have “amended the Constitution” just by issuing an order. The order, as per them, should have gone before Parliament.

The J&K state government has contested the claim saying the President had the power to incorporate such a provision in the Constitution by way of an order.

Meanwhile, several groups in the Valley have termed the petition nothing but a handiwork of those who have been after the special status of the state for a long time.

Many leaders have said that the special status granted to the state was part of a pact through which the people of J&K agreed to the accession with India and if that status was changed, then it is tantamount to betrayal.

#Special status, #Supreme Court, #Jammu and Kashmir, #Article 35A
The views and opinions expressed in this article are those of the authors and do not necessarily reflect the official policy or position of DailyO.in or the India Today Group. The writers are solely responsible for any claims arising out of the contents of this article.