Mob lynching is done by all those people who support Narendra Modi: Asaduddin Owaisi

All India Majlis-e-Ittehadul Muslimeen (AIMIM) chief Asaduddin Owaisi spoke with DailyO and said that mob lynching incidents happen by the people who support Narendra Modi. He pits Jagan Mohan Reddy to be the next chief minister of Andhra Pradesh.

Q After Mohammad Akhlaq another case of lynching has come in the country, what's your view on it?

Not a month passes when one has to see the ghastly crime of mob lynching. This has been the pattern. This has been deliberately done by all those people who support Narendra Modi. Modi is the Prime Minister and they get encouraged, they have their own government in power and then it also creates fear amongst the people. Instead of having communal riots, it’s an act of butchery. This is sufficient enough to create fear, polarise and that’s what they are indulging in.

Q Can you evaluate Jagan Reddy? Will he displace Chandrababu Naidu?

Hopefully he will. The reports which I’m getting is that Reddy should be the next chief minister of Andhra Pradesh.

The spate of mob lynching cases has shot up. (Source: PTI)

Q What are your views on BJP's manifesto?

Q Secularism has vanished from the Congress' manifesto - are you surprised? Disappointed?

Well, secularism has vanished from all the so-called secular parties. It’s only when they see a Muslim they talk about secularism other than that this word is nowhere to be seen.

Q Mukhtar Abbad Naqvi recently said Muslims will vote for BJP in huge numbers - what do you think? 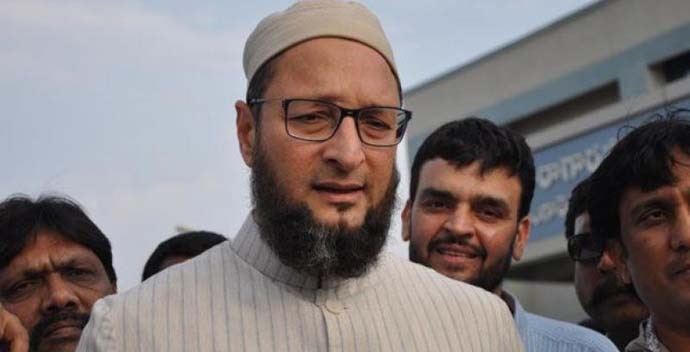 Modi has different views for Hindus and Muslims. (Source: PTI)

Q In today's India, are Muslims afraid of Modi?

If any Prime Minister does not live up to his constitutional duties then it is for the country to be cautious. We need to understand that here you have a PM who is not living up to his own office, to protect life of every Indian, why only Muslims? As part of the country, if one community is being deliberately targeted, discriminated and mob lynching incidents happen then it is a threat to the whole country. As rightfully said by a judge of the Supreme Court-mob lynching is an attack on the constitution of India.

Q What are your views on Imran Khan and Pakistan?

My views which are the same which are represented by the ministry of external affairs.

Q Do you think Balakot was an effective response to the Pulwama attack?

Whatever, the foreign secretary said that day, I stand by it.