Owaisi's rise is simply an answer to the "secular" parties who have traditionally seen Muslims as a given vote bank.

Since the Bihar election results, a lot has been said about the rise of Asaduddin Owaisi as a pan-India politician among the Muslims of the country. His party won five seats out of the 20 that they contested in the state. Various theories and summations have been made. The whole thing, however, isn’t that complicated to understand.

Owaisi’s rise is simply an answer to the “secular” parties who have traditionally seen Muslims as a given vote bank. It is a clear expression that Muslims exist and they can’t just be taken for granted. This space in politics, howsoever small it may be, is competitive now. 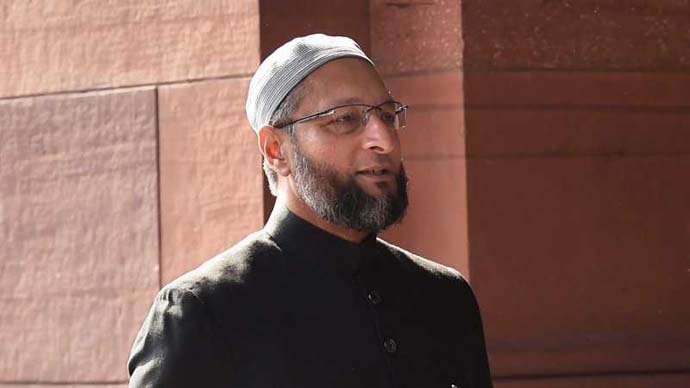 Asaduddin Owaisi: The skullcap-wearing English-speaking modern Muslim politician minces no words on what he is and what he aims at. (Photo: PTI)

A lot of its credit goes to the BJP, which has left nothing to ambiguity when it comes to suggesting that in their brand of politics and ideology, Muslims don’t matter much. An indicator of this is the fact that there is no Muslim in the treasury benches of Bihar, a state that has more than 17 per cent of its population from the community. The brand of politics that is at display in the country has sent out enough messages to the Muslim citizens at large. Hence, it is a no-brainer that a young Muslim must be looking at alternatives where he or she feels their voice can be politically articulated.

Parties like Congress and others who have traditionally wooed Muslims in elections have let them down, and the young member of the community seems to have understood their game. From Sachar Committee recommendations to the Shri Krishna Commission report, examples are galore on why a Muslim in India should have apprehensions about Congress. Many would simply argue that at least the BJP is honest enough on what they think and what they want, while parties like Congress and others will smile at you, seek your support and then forget about it all till the next election.

Asaduddin Owaisi is just a manifestation and an outcome of these feelings in today’s political atmosphere of the country. The skullcap-wearing English-speaking modern Muslim politician minces no words on what he is and what he aims at. He is presenting himself as a perfect alternative to a young Muslim voter who feels pushed from all sides.

There definitely is a viewpoint that support to such a peculiar political outfit goes on to benefit the BJP and its allies in the long run. This question is however countered by a simple counter-question as to what vision the so-called “secular” parties have for the future of this country. From Congress to others, the political parties seem to be toeing the agenda that is set by the BJP today. They are forced to become the first copies of the mindset. Why should there be trust in them?

In this atmosphere, the “secular” parties need to reinvent themselves to appeal to the Muslims of this country again. They need to feel their concerns, build trust, dive deep into their aspirations as citizens of this country, give them opportunities to rise within and seriously work towards their upliftment. The days of merely looking at them through the prism of a vote bank are gone. They would much rather give a chance to a new Owaisi who makes clear sense on their actual condition than fall for the old narrative.

Also Read: Last man standing for India's Muslims? Asaduddin Owaisi opens up on his background, his politics and his sherwani

#Bihar election results 2020, #Secular politics, #Muslims in India, #Asaduddinowaisi
The views and opinions expressed in this article are those of the authors and do not necessarily reflect the official policy or position of DailyO.in or the India Today Group. The writers are solely responsible for any claims arising out of the contents of this article.