The tie-up looks formidable on paper.

Even as talks of a ‘third front’ in national politics gain momentum, a new alliance in Maharashtra has caught everyone’s attention, not just in the state, but across the country.

Prakash Ambedkar, the grandson of Dr Babasaheb Ambedkar and president of the Bahujan Republican Party-Bahujan Mahasangh, has announced that his party will tie up with the Asaduddin Owaisi-led All India Majlis-e-Ittehadul Muslimeen (AIMIM). 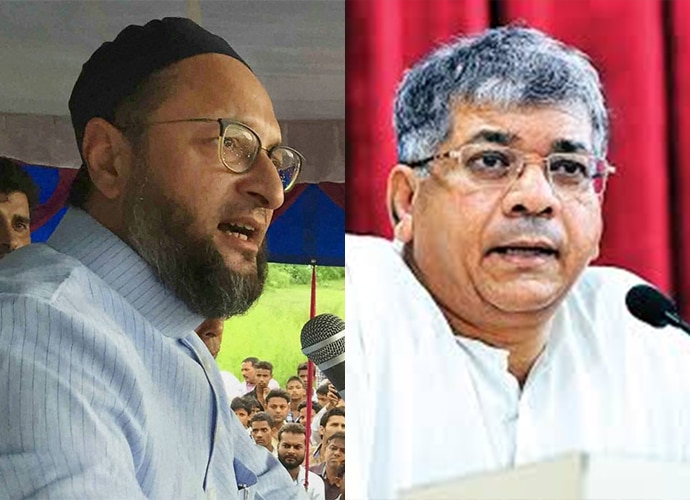 The formal announcement of the tie-up will be made on October 2. (Photo: DailyO)

It goes without saying that the alliance is being stitched in the hope of bringing together Scheduled Caste (SC) and Muslim votes, a formidable combination.

But the alliance is not just about the 17% SC and the 13 % Muslim population of Maharashtra. It is also not even remotely like the SC-Muslim tie-ups seen in states like Uttar Pradesh or Bihar. Maharashtra’s SC-Muslim dynamics are different, and are deeply rooted in the progressive movements the state has seen.

The formal announcement of the BRP-Bahujan Mahasangh-AIMIM alliance will be made on October 2, in Marathwada’s Aurangabad. Interestingly, the region was under Nizam rule till September 17, 1948, when it was merged into India.

Aurangabad, Beed, Nanded and Osmanabad have a very strong Muslim base, and the community also has a significant presence in other districts of the region, such as Parbhani, Latur, Jalna and Hingoli. The SC population, meanwhile, dominates Aurangabad, Osmanabad, Beed, Latur, and Nanded.

On paper, the alliance looks formidable.

Marathwada has been fertile ground for the AIMIM. In 2009, the party made an impressive debut in the Nanded municipal polls. In 2014, the party won two Assembly seats in Maharashtra, of which one was from the Marathwada region (the other was Byculla, in Mumbai). The AIMIM had contested on 24 seats, and apart from winning 2, it was on the second position in nine other constituencies.

At present, the party has around 150 elected representatives in local bodies spread across Maharashtra. 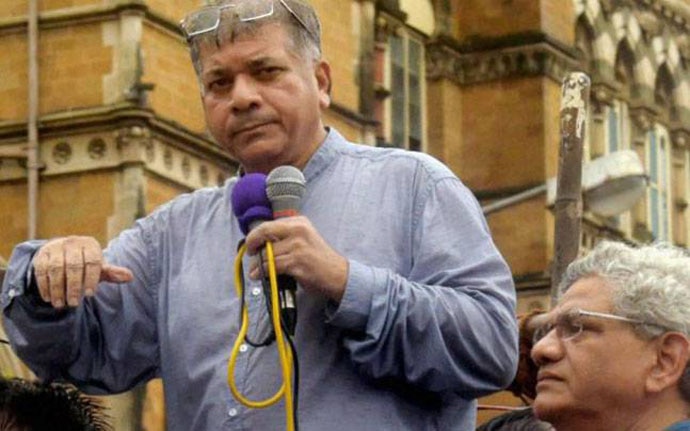 Protests against the SC/ST Act and the Bhima Koregaon violence have brought Prakash Ambedkar back into prominence. (Photo: PTI/file)

Unlike the AIMIM, Ambedkar’s party doesn’t have a pan-Maharashtra presence, and is mainly centred around Akola district in the Vidarbha region. It has one MLA, from Vidarbha. Secondly, contrary to the popularity of the AIMIM among Muslims, SC votes are divided.

However, Prakash Ambedkar can rely on two factors — his lineage, and, more importantly, the anger among the SCs. What also works in his favour is that Ramdas Athawale, once a strong mass leader of the SCs, has tied up with the BJP.

The SC community in Maharashtra was angered when the demand to scrap the Prevention of Atrocities against SC/STs Act was raised after the 2016 Kopardi gang rape and murder case. The many mammoth marches staged by the Maratha community since only worsened insecurities among the SCs. The riots at Bhima Koregaon early this year added more fuel to the raging fire.

Through these incidents, Prakash Ambedkar, who had become almost inactive a few years ago, got an opportunity to make a comeback. Recently, he has led massive protests by the community.

In this background, the coming together of Owaisi and Ambedkar has left parties such as the Congress and the NCP worried. They have been quick to term the new alliance the “B Team of the BJP”.

The AIMIM’s aggressive pitch for Muslim votes usually results in counter-polarisation. The alliance is hence expected to eat into “secular” votes of the Congress and the NCP. The many mammoth Maratha Morchas in the state added to the SC community's insecurities. (Photo: PTI/file)

Even social observers believe that such an alliance may largely work as a vote-cutting machine. “Whenever such social groups come together, there is a risk of the creation of electoral/political binaries even among secular voters. This may harm the prospects of the more mainstream secular parties,” said Professor Milind Awad of the JNU. “This doesn’t mean that such groups shouldn’t foray into politics, but one needs to keep in mind the timing and the level of risk,” he added.

However, Imtiaz Jaleel, AIMIM MLA from Aurangabad and former TV journalist, has rubbished such fears. “The Congress and the NCP have regularly failed Muslims of the state. We have been as vociferous against these parties as against the BJP-Shiv Sena.”

For now, it’s too early to predict how the alliance will impact the state’s politics.

While the Congress has categorically denied any alliance with the AIMIM, Prakash Ambedkar is wary of the NCP. Thus, at this point, this alliance joining the mahagathbandhan seems unlikely.

Now, the onus to wipe off the tag of being ‘the BJP’s B team’ lies on Owaisi and Ambedkar, by providing a serious alternative to voters, instead of just eating into the Opposition’s vote-share.