The author wishes to stay anonymous owing to the contents of the article.

Salman Taseer had gone to argue the case of a Christian woman, Asia Noreen, who was accused by her neighbours of blasphemy. 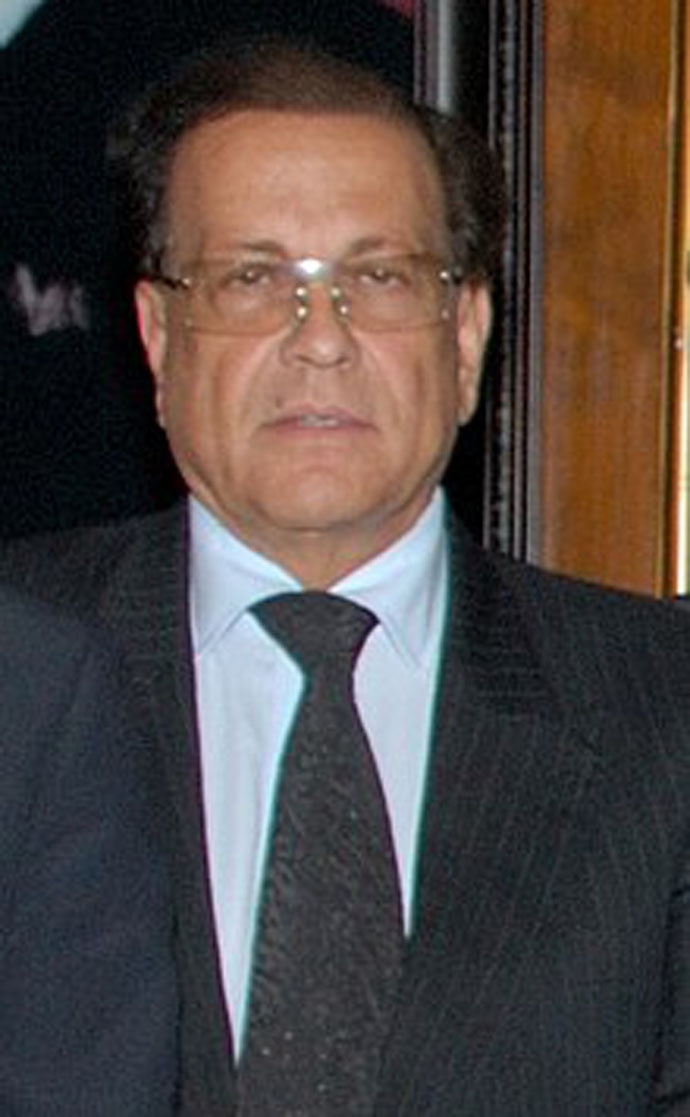 Salman Taseer was shot dead for speaking up for a poor Christian woman. (Photo: Reuters/file)

The fateful fight started over a cup of drinking water, where she was accused of polluting it. Religious insults were hurled from both sides, as is common in every society, but soon, a crowd of villagers surrounded this mother of five and accused her of insulting the Prophet.

A year later, she was convicted of blasphemy under Pakistan’s Penal code and sentenced to death. It was this decision which Salman Taseer openly decided to appeal. His appeal was accepted.

Asia was confined to Sheikhpora Jail, Lahore. A windowless room where, out of fear of being poisoned by the cook, guards or the other inmates, she cooked for herself.

Mumtaz Qadri was convicted of murder and executed. While alive, 300 lawyers pledged to fight his case pro bono. His funeral, attended by hundreds of thousands, was one of the largest gatherings of Pakistanis ever. The Mumtaz Qadri Shaheed Foundation was set up and received on its first day donations of 80 million rupees. Soon, a shrine was constructed at his grave, so that followers could pay obeisance to his soul.

A shrine itself is considered to be shirk — under Islamic doctrine, the highest form of sin, which Allah himself cannot forgive. Wahabism has frowned at the idea of Barelvis praying at structures which find no mention in the Quran. Yet, they remain a continued part of Barelvi Muslim practice. And Barelvis are ardently supportive of the draconian Blasphemy laws.

Radicalism in Muslims is no longer confined to Wahabis and Salafis. Barelvis were the principle component of the huge numbers that attended Mumtaz Qadri’s funeral. The area around Mumtaz Qadri’s shrine is now a hotspot for land dealings — many Pakistanis are flocking to live around the ‘piousness’ of the saint. Taseer's killer, Mumtaz Qadri, was executed, but hailed as a martyr. (Photo: Reuters/file)

Blasphemy in Pakistan is not a law and order problem, as it is a religio-political phenomenon. After Asia Bibi was acquitted by the Supreme court, crowds gathered on Lahore and Kararchi streets, calling for a ‘bhagawat against Bajwa’ (revolt against the Pakistani Military), and for rebellion against the State for letting a 'Ghustakh-e-Rasool' go free.

In one of the speeches that played on Facebook Live and was shared 20,000 times, the speaker is heard saying, “When you do such things, you know what happens? A Mumtaz Qadri is born. Another is born. One day in a Khutba meeting on Friday, one man will rise and tell himself that he will not allow that woman to live anymore, that he will be the hero who saves the honour of the Prophet. That day, Supreme Court’s faisla will mean nothing.” The crowd shouts Inshallah.

The day she was acquitted, #HangAsiya was the number 1 trend on social media in Pakistan. This widespread indignation, which stems from an overt religiosity and uniform hatred for blasphemers, was already tapped into by the Tehreek-i- Labaik party in Pakistan. In the recent Prime Ministerial elections, it garnered 2.6 million votes and emerged as the fifth largest party in the elections.

Tehreek-e-Labbaik renewed its expansion with protests-cum-campaigns on the day of the verdict itself. Khadim Hussain Rizvi urged all Muslims in the Army to rebel against chief General Bajwa, and declared the three judges ‘Wajib-ul-Qatl’ (justified to be killed). He urged the judges’ security men, drivers, and any person who had access to them to kill them.

Imran Khan was to be called a ‘Yahoodi Baccha (a son of Jews)’ and his government had to be overthrown. He announced that Justice Khosa was the same person who had sentenced the martyr “Hazrat” Mumtaz Qadri, and regretted that the ummah had not killed him earlier, one the very day of the sentencing. The crowd roared "Labbaik!"

The Tehreek-e-Labbaik led processions in Lahore, Karachi and Faislabad, with rioters burning buses, rickshaws, carts, pelting stones as they chanted Islamic slogans. Four people were reported dead as the country came to a halt over a poverty-stricken woman being allowed to live and go free after 8 years of solitary confinement. Khadim Hussain Rizvi could have easily been arrested on the grounds of inciting violence and rebellion, but he was not.

The Pakistani army has mastered the art of managing extremist elements, using them, controlling them. This is not the first time radical Muslims have taken over law and order in the country. It is a nurturing and controlling of a living weapon.

On November 26, 2017, Tehreek-e-Labbaik was a little-known party. Yet, through sheer strength of violence, it brought three cities of Pakistan — Rawalpindi, Islamabad and Faisalabad — to a halt. The incident, which came to be known the Faisalabad Dharna, was in protest against the changes in the oath administered to ministers, in which the Khatam-e-Naboowat clause had been amended. In November 2017, Tehreek-e-Labbaik, then a little-known party, managed to bring three cities of Pakistan to a halt. (Photo: Reuters/file)

The Khatam-e-Naboowat oath is an assertion of the finality of the Prophet, and all public servants have to swear it before joining office. Faisalabad town was jammed, the army was called in, and Tehreek-e-Labbaik shot to fame. After initial clashes, Rs-1000 notes were distributed to quell off the protests and help restore normalcy. Instead of coming down at them with a heavy hand, Labaik was rewarded.

On top of that, the Islamabad High Court reprimanded the government over its ‘insensitivity’ towards the feelings of Muslims, and declared that prima facie, the amendment was a deliberate effort to bring the blasphemous Qadiyanis into government. The hardliners were elated and emboldened.

Now, when Tehreek-e-Labbaik threatened rebellion against the Army chief and Imran Khan’s government, the Army sent out a notice that it should not be dragged into everything.

The question is, why does it drag itself into everything? Why did it so brazenly encourage a little-known hardliner group, when it is skilled at ruthless tactics of imposing itself, such as the ones it uses to suppress the insurgency in Balochistan?

The Military-Mullah nexus of Pakistan is not something the Deep State can hide anymore. It is the entrenched reality, which lawyer-activist Asma Jahangir kept reminding the world of. “Haath jod ke kehti hun, ab Barracks mein jao (with folded hands, I beg you to go back to the barracks now),” she thundered on a news show once. Pakistan’s reality has never been put in words better.

Sadly, after a retort by the Imran Khan government that the rule of law would prevail over sentiments, the normal routine unfolded again. Tehreek-e-Labbaik has made an agreement with the state. One day after the verdict, another petition would be accepted in the SC. The rioters who burnt down property, engaged in loot and arson would be set free. Asia would be put on a No Exist List, banning her from leaving the country. 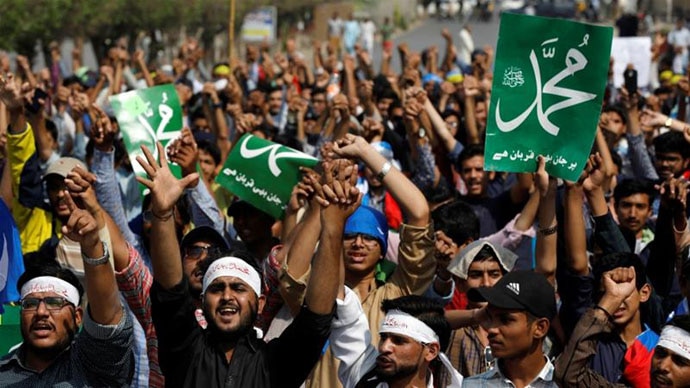 The Mullahs have brought their war to our doorsteps, and moderate peaceful Muslims cannot stick their heads in the sand anymore. (Photo: Reuters)

The government of Pakistan, instead of hanging her itself, chose to outsource her killing.

It effectively signed her death warrant, as the ‘liberal democracies’ of the world watched. The state of Pakistan not only didn’t defy the hardliners, it once again surrendered jurisdiction to them and their methods.

This choice fans the fires in Europe, the US, and even India.

As political analyst Harbir Singh points out, Global Islamism is one of the principle reasons for the rise of the Right in democracies around the world.

The Global Left’s refusal to stand for and protect minorities in Muslim-majority countries, and their having failed to take Muslim refugees from Syria, is one of the major reasons for the Right gathering strength across western democracies, from Alternate for Germany (AdF) to People’s Party of Slovakia.

It is for the liberal Muslims to stand up for our minorities, demand that governments provide absolute protection, dignity and rights to them.

Our voices have to be as decisive and loud as they are when we demand justice for Palestine or Kashmir. The Mullahs have brought their war to our doorsteps, and moderate peaceful Muslims cannot stick their heads in the sand anymore.