Why BJP could win Assam in 2019's Lok Sabha polls

Assam is the largest among the northeastern states and accounts for 14 Lok Sabha seats. Last time, the BJP won seven and Congress and All India United Democratic Front (AIUDF) had to be satisfied with three seats each.

However, the ongoing resentment over the Citizenship Amendment Bill (2016) is posing a challenge to the BJP's target of winning more than 12 seats.

Various bodies and organisations like the powerful All Assam Students' Union (AASU) have been agitating against the BJP and the proposed Bill. Recently, BJP's ally, Asom Gana Parishad (AGP) parted ways with the saffron party over the Citizenship Bill.

So, there is a wide perception in political circles that the BJP will not be able to repeat its 2014 performance — and it may even end up losing the seats it won previously.

However, there are also important factors which cannot be denied — and which, if carefully analysed, actually present a different picture.

First of all, lately, the BJP has realised there is some resentment against it and has brought in Chief Minister Sarbananda Sonowal (who was previously associated with AASU) to clarify the party's stand that the Bill will not be implemented at the cost of Assamese interests and no one will automatically get Indian citizenship without verification by the local administration. 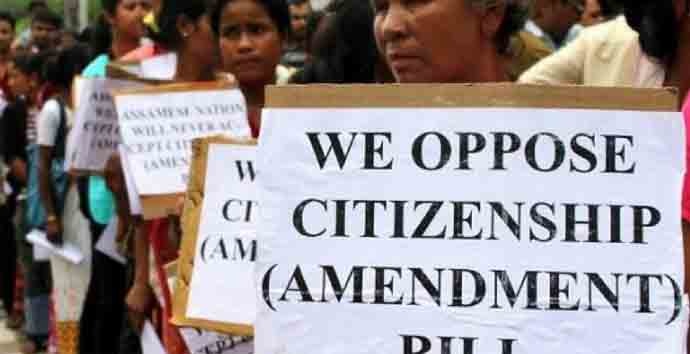 Asom Gana Parishad (AGP) has parted ways with the BJP over the Citizenship Bill. (Photo: PTI)

The applicant also has to prove that the individual is a victim of persecution in the three mentioned countries — Afghanistan, Pakistan and Bangladesh — and has lived in India for the last seven years till 31 December, 2014. Not only this, the Union cabinet has recently decided to set up a high level committee to look into the implementation of Clause 6 of the 1985 Assam Accord, which ensures protection of the Assamese community in terms of reservation in Assembly seats and protection of Assamese and other indigenous tribes and job quotas.

Clearly, the BJP is raising the issue of Assamese sentiments to woo them — and the recent decision of the NDA government to confer the prestigious Bharat Ratna posthumously to the legendary singer Bhupen Hazarika, also called the 'Bard of Brahmaputra', testifies to the saffron party's attempts.

At the village level, the issues are mostly localised — but as the level rises, local issues start getting blurred with state-level issues. That's why there is a 9% difference.

But the fact is the results of rural body polls which were contested in the wake of the Citizenship Bill signify the support for the BJP — which fought the elections alone — hasn’t withered.

Therefore, saying that AGP's separation may hurt the BJP doesn't stand on the ground because AGP performed poorly in the rural polls. Also, during the last Lok Sabha elections, there was no alliance between the two parties. 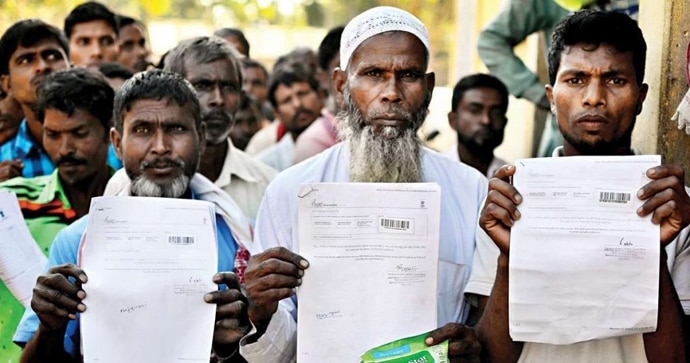 The AIUDF could lose if it fails to consolidate the important Muslim vote. (Photo: PTI)

BJP garnered an absolute majority in the 13 Zilla Parishads — of which, barring one, all others fall under the core tribal plus Assamese region. Surprisingly, the pro-Muslim AIUDF, led by Badruddin Ajmal, performed poorly, which aided the Congress party to perform better than expected.

AIUDF’s failure is due to consolidation of the Muslim vote — especially Bengali Muslims behind the Congress party — and as Lok Sabha elections are fought nationally, there is a high chance of more Muslim consolidation in favour of the Grand Old Party.

In such a scenario, there can be counter polarisation of the tribal plus Assamese voters who may rally behind the BJP — as witnessed in the recent local polls — because Assam's politics has always revolved around the anti-Bengali Muslim issue. The reasons are the rising figures of Bengali Muslim population, which the indigenous communities view as immigrants, and a decreasing percentage of the Assamese population which is presently 48.38% as compared to 57.81% in 1991.

Obviously, no community would want to be reduced to a minority in the future in their own native land.

In the present scenario, even if the AGP and the Congress form an alliance — although there is a slim chance as they are traditional rivals — on a common agenda for protecting Assamese interests, the alliance will not be able to harm the BJP.

The seats — Tezpur, Jorhat, Dibrugarh, Lakhimpur, Gauhati and Nowgong — were won by the BJP last time by amassing more than the combined percentage of the Congress + AGP alliance.

The alliance will be able to grab only the Mangaldoi seat from the BJP. But the question remains — will the Congress ally with the weakening AGP at a time when there are clear signs of growing support for the party due to consolidation of Muslim votes? Also, there is almost no chance of a Congress-AIUDF alliance in the current scenario as it may result in more polarisation of the indigenous community to rally behind the BJP. 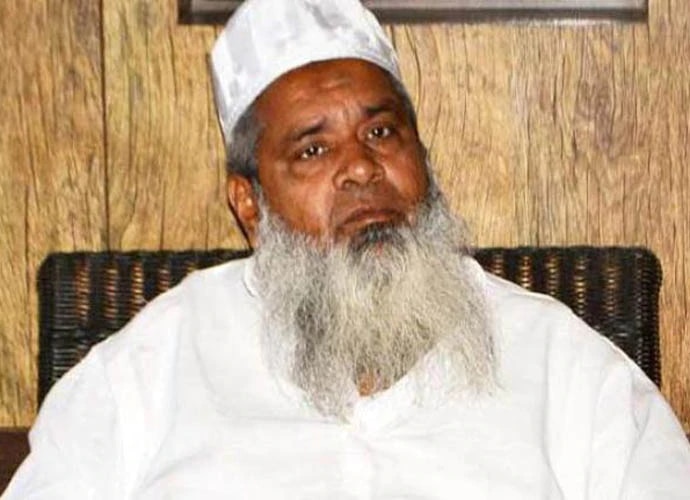 AIUDF, which won three seats last time, seems to be strong only in the Dubri seat, represented by its chief Badruddin Ajmal. (Photo: PTI)

The two seats — Silchar and Karimganj — of the Barak valley with a population of 50% and 48% Hindus and Muslims respectively may go to the BJP this time. Silchar was won by Sushmita Dev of the Congress and Karimganj was won by Radheshyam Biswas of the AIUDF. However, the Bengali Hindus who are rigorously supporting the Citizenship Bill will rally behind the BJP because the Congress and the AIUDF are against the Bill.

Although Sushmita Dev is supporting the Bill going against the Congress’ stand, there is still very little chance of the Congress retaining the seat. In Karimganj, despite the presence of a Bengali Hindu MP from AIUDF, there are chances of the BJP winning the seat not only due to a Bengali Hindu vote consolidation but also due to the division of Muslim votes between the Congress and the AIUDF.

Although, in view of national elections, the Congress may pull large chunks of Muslim votes but the AIUDF is still a force here as seen in the recent rural polls.

Congress is expected to win Kaliabor where the party's MP is Gaurav Gogoi, son of former chief minister Tarun Gogoi. However, in the Autonomous District, the margin between the Congress and the BJP was less than 5% votes. The seat is heavily dominated by Hindu tribals and in the current scenario, there are signs of tribal consolidation behind the BJP.

As such, the saffron party's recent victory in the North Cachar Hills Autonomous Council, which comes under this constituency, shows growing ST support for the party.

However, the Congress may be successful in snatching the Barpeta seat from the AIUDF if the trend of Muslim consolidation behind the Congress continues, plus if there is an alliance with the AGP. In Assam, the BJP seems to be in a favourable position in nine seats. (Photo: PTI)

AIUDF, which won three seats last time, seems to be strong only in the Dubri seat represented by its chief Badruddin Ajmal — but that is only because there are less chances of the division of Muslim votes. Kokrajhar, a stronghold of the Bodoland People's Front, which was won by an Independent last time, may go to the NDA if the BPF and the BJP contest together.

Currently, the BPF is the only major BJP ally left in Assam after the end of the AGP-BJP alliance. So, the BJP seems to be favourable in nine seats and if it supports the BPF, NDA can add one more seat — although less than the target of achieving 12+ seats.

Congress is expected to win three seats just like the last polls and the AIUDF, which previously won three seats, seems favourable only in one seat. The regional party, AGP, which won the state elections in 1985 and 1996, will not be able to open its account this time too.

To win politics, one needs both mathematics and chemistry — and it presently seems that these factors are favouring the BJP in Assam, where the saffron party is trying to polarise the tribal plus Assamese by invoking NRC and Clause 6 and Hindu Bengalis by the Citizenship Bill.

However, the BJP's victory could depend on the Congress party’s ability to polarise the Muslims vote by invoking its favourite weapon — 'secularism’.