The Congress did not even try to project a reformed version of leadership which was crucial for the party this time.

In the last Assam Assembly elections, the BJP won just five seats. This time it has made inroads in the state with majority.

This is the first time BJP is going to form a government in Assam.

Many reasons can be cited for the victory of the BJP alliance but here are the five key factors:

1. Change: Fed up with the 15-year-rule of Congress party, the electorate in Assam voted for change. The BJP was successful in convincing the people that the future of the state lay safe in the hands of the party and they emerged as the alternative force.

The Congress, on the other hand, did not even try to project a reformed version of leadership which was crucial for the party this time. The BJP weaved a good strategy around this slogan under the guidance of senior leader Ram Madhav, who had been preparing for the Assam elections since last one year.

Earlier, these infiltrators earned a living through menial jobs but eventually they began to either buy or encroach upon the lands of the local people. Today, a big area has been captured by such illegal Bangladeshi infiltrators. These lands belong to satra (temples) and jungles.

For a society like Assam with 85 per cent rural population, these satra and jungles are of key importance. Over the years, the local Assamese population has been losing jobs and livelihood to the rising share of illegal infiltrators. Reduced to a minority in many area of their own state, the people of Assam were fed up.

As a result, there have been frequent clashes among the local Assamese and illegal Bangladeshis where the latter are in a majority. The locals began to perceive that the rise in infiltration had support of the Congress leadership. In fact, senior Congress leaders even went so far as to state in their speeches in this election that there was "no problem" of illegal Bangladeshi infiltration.

3. "Rainbow" alliance: The BJP also formed a beautiful coalition in this election, which represents almost all the social groups, including Ahom, Bodo, Rabha, Kyat, Mishing, North Indians, and Bengalis. 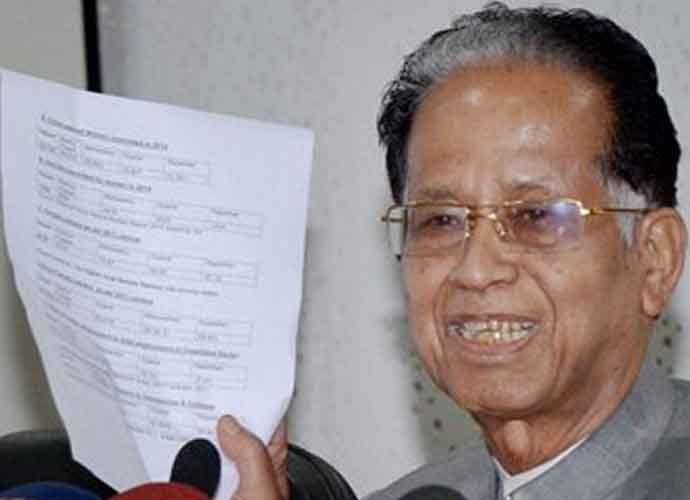 This social coalition translated into political coalition with parties like Assam Gan Parishad (AGP), Bodo People Front (BPF) and other tribal groups. The BJP itself won seven seats in the Lok Sabha elections, while the AGP, which had formed first non-Congress government in the state, has a strong network of activists in different parts of the Assam and talks about "Ahomia asmita". The BPF, on the other hand, is the representative organisation of the Bodo community which affects more than 20 seats.

Besides this Rabha, Mishing, Rajobanshi and other tribal groups were also a part of the BJP alliance. Marwari and other Hindi speaking people have been voting for the BJP for many years and they wanted the party to lead the government in the state. This was not just a political coalition but a social coalition which had all the social groups excluding illegal Bangladeshi Muslims.

4. Leadership: Eighty-year-old Tarun Gogoi, who had been the chief minister of Assam for the last 15 years, was the face of the Congress party in this election too.

One the other hand, the BJP alliance had a relatively young leadership. The alliance had declared Sarbananda Sonowal, who is a minister in the central government, as its CM candidate.

Sonowal has been a student leader of All Assam Student Union (AASU). He has been credited with striking down the IMDT Act 1985. The other young and popular leader was Himant Biswasarma who defected to the BJP from Congress with nine MLAs.

He enjoys popularity among the youth and student community. Together, these leaders held hundreds of meetings in different parts of the state and garnered support for the BJP alliance.

The BJP also had the star campaigners in the form of Prime Minister Narendra Modi and national president Amit Shah who canvassed in different parts of the state and told local people that the central government has been sensitive to the issues in Assam and outlined all that central government had done for the state in last 22 months.

Modi also promised that if the BJP government was formed in Assam, the central government will especially take care of education for young (padhai), job for youth (kamai) and medical for the elderly (dawai).

Assam was the first state where student organisation turned political party formed the government and its 33-year-old leader became the chief minister of the state.

Youth and students supported AGP, whose leadership came from the All Assam Student Union (AASU). Later, the AASU became weak as most of the leaders became part of AGP or joined Congress or BJP.

Sarbananda is going to become chief minister of the state as declared by senior BJP leader Ram Madhav after the win. The youth and students had made up their mind in favour of the BJP alliance. In Assam elections, more than 80 per cent voting was registered in which youth and women participated with great enthusiasm.

Post your comment
#Elections 2016, #Sarbananda Sonowal, #BJP, #Assam Polls
The views and opinions expressed in this article are those of the authors and do not necessarily reflect the official policy or position of DailyO.in or the India Today Group. The writers are solely responsible for any claims arising out of the contents of this article.