Triple Talaq Ordinance: What is government's motivation behind bypassing Parliament?

As Parliament looms large for its next session, it will have to decide whether to ratify some Ordinances.

One of these, the Muslim Women (Protection of Rights on Marriage) Bill 2017 (Triple Talaq Bill), has been converted into an Ordinance because of a “compelling necessity... as the practice has continued unabated despite the Supreme Court Order last year.”

This is sheer constitutional escapism.

The Bill was not passed in the Rajya Sabha, although it was passed by the Lok Sabha where the government has a clear majority — denying meaningful discussion.

So to avoid the Parliamentary process — the emergency Ordinance route.

There can be no question of using this power when Parliament has examined and denied the Bill. Denying Parliament its prime legislative function is bad; bypassing it a constitutional sin.

The Supreme Court frowned on repeated use of this escapism in 1987.

An Ordinance subverts Parliament and democracy and abuses the rule of law.

What was the necessity? An Ordinance subverts Parliament and democracy and abuses the rule of law. (Photo: Reuters)

The effect of the Ordinance is to criminalise a civil misfeasance. The real reason is to curry favour with the Hindu electorate. The claim that this emanates from the Supreme Court judgment of August 2017 is fallacious. The majority in the Supreme Court (Justices Kurien, Nariman and also for Lalit) never demanded legislation.

Justice Nariman said that all Muslim law was statute law from 1937, and therefore contrary to equality.

There was a disparate majority only because Justice Kurien took the view that Triple Talaq was not an essential part of Islam.

But it is the minority (Khehar also for Nazir) that said Triple Talaq was, in fact, an acknowledged practice and it was constitutionally protected, adding it was for Parliament to undo this by legislative means.

They did not say you must legislate, but could. They certainly did not advocate criminalisation. This was only an option that was not necessary since Triple Talaq had already been declared unconstitutional by the majority.

But, in following the minority view, the government went out of its way to attack Islamic precepts as iniquitous. They gathered feminist support without emphasising that the SC majority had already invalidated Triple Talaq.

Even if the minority judgment of the Supreme Court gave leeway to legislate, it did not sanction government the licence to adopt unconstitutional means. Hiding behind the minority SC judgment as a source of authority to legislate is too thin in the face of the facts. Is this really the most compelling necessity India is facing? Ordinances should elaborate compelling necessity in detail. In this case clearly to bypass Parliament. 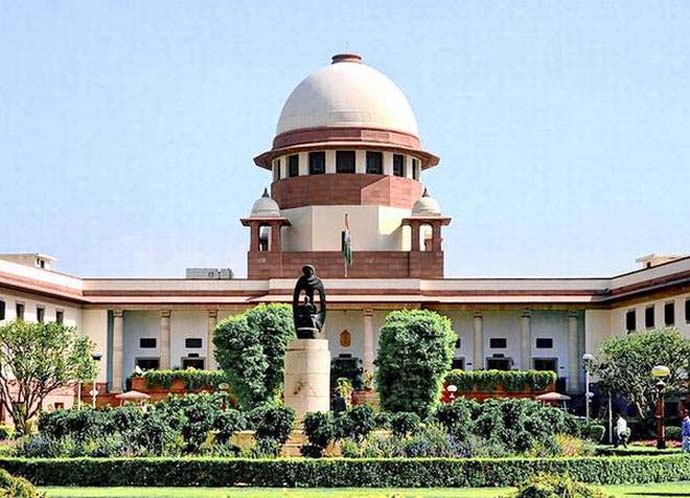 The Supreme Court did not ask for criminalisation of the practice. (Photo: India Today)

The majority declared is illegal, the minority legal, inviting parliamentary intervention if necessary, not mayhem.

The recipe for criminalising civil wrongs is not universal.

Section 377 was de-criminalised, defamation not.

It can’t be that if the government thinks an illegality be criminalised, an Ordinance will be passed even though the remedy of civil wrongs exits.

The distinction between civil and criminal is not necessarily one of degree, but of process, prosecutions and relief, with the State as a party in some criminal cases.

In case of Triple Talaq, the effect of the Supreme Court majority is triple talaq being invalid, the marriage subsists. This means that the wife continues to be the wife and is entitled to be treated as one in every sense. No declaration is required.

But even if it is, the Section 3 of the Ordinance declares that such talaqs are “void and illegal”.

Even maintenance for the wife and children exists under the post-Shah Bano law designed for Muslims that has worked well and has been validated by the Supreme Court.

Equally, the Section 6 of the Ordinance gives custody of minor children to the wife, which has to be read with existing maintenance provisions.

But the rest of the Ordinance is on criminalisation.

In the first instance, the erring husband can be imprisoned for three years and also be liable to fine.

Criminality and its procedure will kill all family relationships with strife and enmity.

Equally, after incarceration, how will Muslims who depend on work for livelihood comply?

The offence will be cognisable and specifically bring in the police to arrest.

The magistrate has a dual role to deal with the criminal case as well as determining the maintenance (Section 6 – second part). Of course, the offence is compoundable in that the husband can pay an amount (which may be more than maintenance) and agree to the terms and conditions the magistrate thinks fit. This is arbitrary.

The object of both the Supreme Court and part of this Act (Section 3) is to save the marriage by denying triple talaq legal validity.

The question that has to be asked is whether this Triple Talaq Ordinance will save the marriage or destroy it.

By putting the couple at criminal odds with each other is to place them in a position of antagonism. The antagonism will generate enmity.

Enmity will leave behind scars and destroy the marriage. Ironically, the very marriage that the Triple Talaq pronouncements of the Supreme Court sought to save will now be vulnerable to self-destruct.

Parliament should condemn this kind of legislation, making a political statement that Ordinances cannot bypass pending legislation and is otherwise wrong.

Now there is a cry for Ordinance and legislation for Babri-Ram janmabhumi to short-circuit the case pending in the Supreme Court.

Rule by Ordinance is Emergency rule.

Also Read: Can the government actually take the legislation route on the Ayodhya dispute? No. Here’s why