Constantly questioning Rahul Gandhi's 'Hindu-ness' seems to have hurt the BJP. Rahul's use of 'soft Hindutva' helped the Congress, but not our larger polity.

Electoral results are all about ‘kabhi khushi, kabhi gham’ — as BJP leader Shatrughan Sinha, known for his sharp jibes at his own party, was quick to point out.

As the results of the Hindi heartland states of Rajasthan, Chhattisgarh and the cliffhanger Madhya Pradesh became clear, it certainly was a little bit of ‘khushi’ for the Congress, after long — and a bit of ‘gham’ for the BJP, again after long. 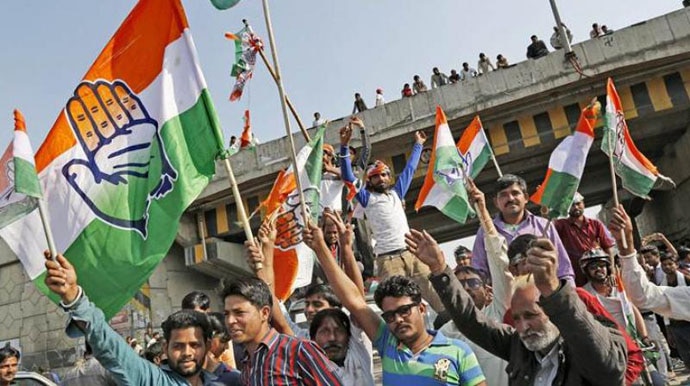 At long last, Congress has reasons to celebrate. (Photo: PTI)

That’s what these elections threw up for the two main political parties locked in a bipolar contest in the three Hindi heartland states.

These Assembly elections should be seen as a humbling experience for both the BJP and the Congress. It's time political parties stay aware of the myth of invincibility.

Congress victories in the Hindi heartland have made one thing unambiguously clear — the narrative of the TINA factor to Modi has started to fade.

When a visibly pleased and composed Congress President Rahul Gandhi addressed his jubilant cadre, party leaders and the media last night, he finally struck all the right notes. In a polite, yet sharp comment on the BJP’s slogan of 'Congress-mukt Bharat', Rahul Gandhi’s statement, “We don’t want a Bharat mukt from anyone”, had an immediate connect with India’s psyche.

While this is Rahul Gandhi’s time to savour these victories, his task has just begun — as he himself acknowledged the increased responsibility. Rahul's address to the media after the victories struck all the right notes. (Photo: PTI/file)

It’s also time for the BJP to introspect — and accept the futility of a politics that plays upon the word “mukt”. The BJP has to recognise the limits of certain issues — the temple, Yogi Adityanath, caste, gotra, neither of these, nor all of these, helped the BJP maintain its dominance.

But while the 74 rallies of star campaigner Yogi Adityanath — where he pitted Ali against Bajrang Bali — did not help the BJP electorally, the Congress seems to have made some gains with its projection of soft Hindutva.

It tried hard to neutralise its pro-minority image with Rahul Gandhi’s frequent temple visits, his declaration of his gotra, even the party’s election manifesto in MP included a promise to promote cow urine and build cow shelters.

By doing all this, Gandhi has helped nudge the political discourse a little more rightwards to Hindu fundamentalism.

Though Rajiv Gandhi too courted competitive communalism, the Congress has always boasted of representing the syncretic culture of India. This election changed this boast to that of being a true blue-blooded Hindu.

That is one point of damage that has definitely been done to the political narrative. Will Rahul Gandhi undo this? That remains to be seen.

It is said that defeat as well as victory becomes almost addictive. Till a few months ago, while Congress, after successive defeats, was sapped of hope and self-belief and reduced to a subject of ridicule, the BJP was on a winning spree, marching towards its goal of a 'Congress-mukt Bharat'. 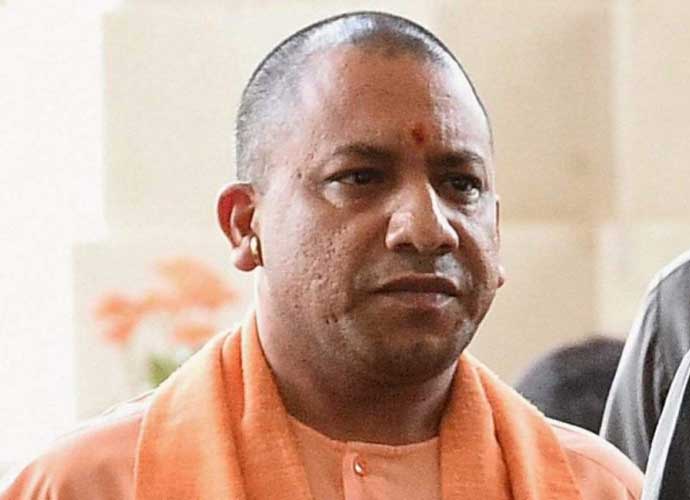 Yogi's brand of Hindutva did not help the BJP, but Rahul's Hindu identity seems to be fetching votes. (Photo: PTI)

The recent Assembly elections changed the political calculations for both. It halted the BJP’s victory march, and brought the Congress back in the game.

With the wipe-out in the 2014 Lok Sabha elections and its successive defeats, the Congress had lost its pan-India presence. In most states, it was at the mercy of regional 'satraps', who were dictating terms for any alliance and the Congress had no bargaining power.

The party did not know if it could wrest power back. It came close in Gujarat, but did not appear to be anywhere close to converting the contests into potential victories.

The Assembly election results in Chhattisgarh, Rajasthan and Madhya Pradesh change all that.

These Hindi heartland states are part of the ruling BJP’s stronghold: in 2014, 62 of the 282 seats it won were from these states.

The victories also finally change the image of Rahul Gandhi.

Exactly one year back, on December 11, when Gandhi took over as Congress president, the Opposition was still targeting him as a ‘lost case’. Even though he had debuted in politics long ago, in 2004, he was not taken seriously. The pejorative of 'Pappu' stuck.

But, in these states, he led from the front. He was more aggressive and attacking, experimented, and tried changing the image of the Congress from a 'Muslim party' to a 'Hindu party' — a much-criticised makeover that involved a huge risk.

Though I have argued in an earlier article that it is the defeat of secularist polity in India when a so-called ‘secular’ party’s leader falls into the trap of the Opposition and ‘proves’ his Hindu identity, it was also a big mistake on the BJP’s part to question Gandhi’s Hindu credentials.

The more he was discussed in terms of being a ‘Hindu leader’, the more his religious identity was reinforced.

After the 2002 Gujarat riots, when Modi was constantly at the centre of the national discourse because he was being constantly criticised, he emerged simultaneously as the most hated — and the most loved — politician.

There is a big question mark on whether Rahul Gandhi can match Narendra Modi’s popularity — but he is surely emerging as the principal leader of the anti-Modi Opposition. Gandhi can no longer be caricatured as an ineffectual leader. 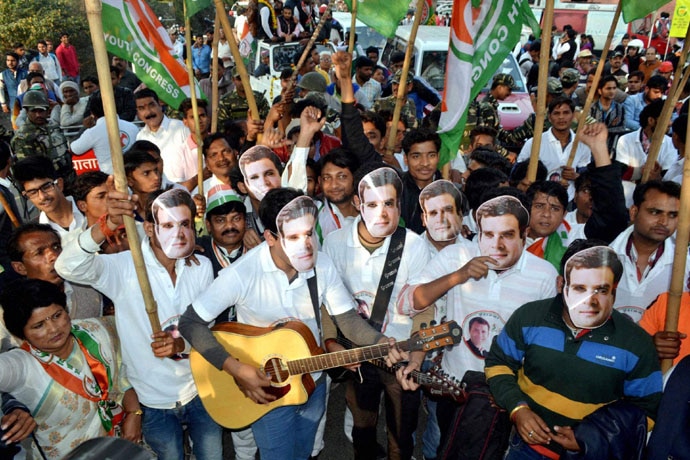 Though the current victories of the Congress are not big enough — especially in Madhya Pradesh, where the incumbent three-term government refused to go down without putting up a valiant fight — it can still confidently head into the Lok Sabha elections with the sense that the worst is behind it, when it was reduced to winning only 44 seats.

It is true that the BJP’s 15-year-rule in MP and Chhattisgarh propelled the Congress to power in these states. But the BJP’s strong showing in Rajasthan and Madhya Pradesh also means that when the Lok Sabha polls pit Narendra Modi against the rest, his party can do much better than its Assembly showing.

There is a vast difference between Assembly and Parliamentary elections, but these elections were very much the dress rehearsal for 2019. From now on, the pressure has shifted to the BJP to regain their invincibility factor.

While the Congress can be reasonably happy, the BJP can console itself that in 2019, when Modi is the issue, it can still snatch back what it has now lost.

Also read: My questions for the BJP, and why I think it has lost its way