Atal Bihari Vajpayee – A politician who was loved across party lines

The former PM indelibly shaped India and its image abroad. But he wore his many accomplishments lightly, and is as fondly remembered for his gentleness as his strength.

Atal Bihari Vajpayee will be universally remembered as one of India’s great Prime Ministers. His uniqueness lies in the fact that his admirers cut across party political lines. Without doubt, he would be one of the four great Prime Ministers — including Jawaharlal Nehru, Indira Gandhi and P V Narasimha Rao. Each left an indelible imprint on India’s social, political and economic development. Their impact on India’s image abroad has been equally significant.

It is therefore significant that Atalji, as he’s universally referred to, is loved by all. In a league of his own: Former PM Atal Bihari Vajpayee. (Photo: PTI)

It is even possible that he would be India’s most popular Prime Minister in the neighbourhood from Sri Lanka to Pakistan. He was the author of both a new outreach to Pakistan and the India-Sri Lanka Free Trade Agreement. 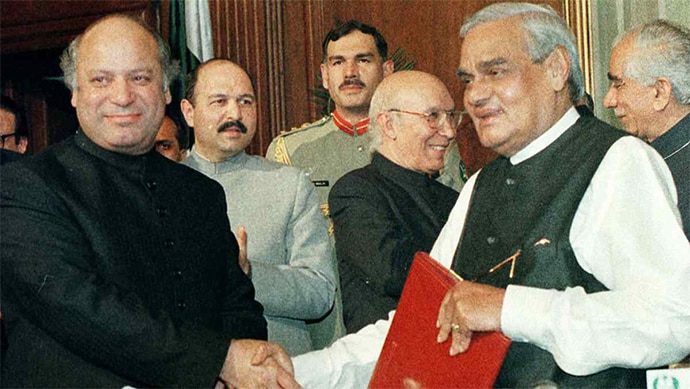 What exactly explains the secret of Atalji’s universal popularity?

First, his graceful and endearing personality. He respected all and, in turn, got everyone’s respect. Early in his political career, Jawaharlal Nehru identified him as a future Prime Minister of India. When he went to Pakistan as Prime Minister, he stunned the Pakistani people with his visit to Minar-e-Pakistan.

Second, Vajpayee was a true patriot and a nationalist who spoke for every Indian when he championed the national cause. As Leader of Opposition, in 1994, he accompanied the Minister of State for External Affairs, Salman Khurshid, to the UN Human Rights Commission, defending India’s record in Kashmir. Third, while Atalji had the opportunity to authorise nuclear weapon tests in 1998, after his predecessors had done all the preparatory work, full credit goes to him for the manner in which he defended India’s decision against great international odds — and for crafting the ‘No First Use’ doctrine, against even internal opposition.

Finally, Atalji’s greatness also lay in the fact that he understood what India needed in terms of policy once he became Prime Minister — and he provided un-stinted leadership to take that policy forward. After all, both on account of economic policy and national security, the framework had in fact been defined by Prime Minister Narasimha Rao. The Bharatiya Janata Party was in fact a critic of many things that Prime Minister Rao began, especially his economic policies — but Atalji quickly grasped the relevance of the policies he had inherited and carried them forward. 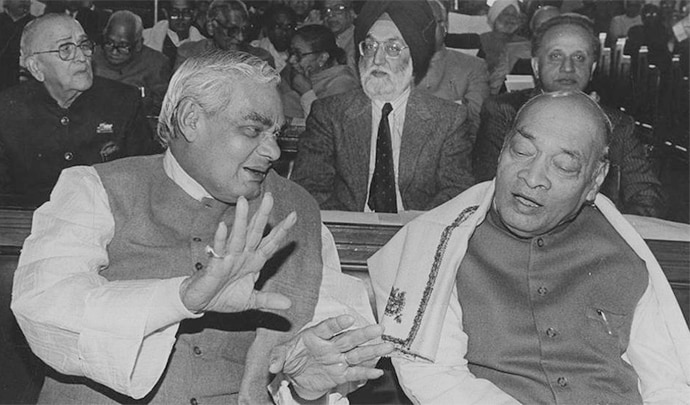 No bitterness: Atalji was known for his good relations with all politicians including former PM Narasimha Rao. (Photo: Indiatoday.in)

They stood him in good stead when the United States imposed sanctions on India after the nuclear tests of 1998.

Most think of the nuclear tests as Atalji’s most important legacy. However, his even greater contribution lay in the many projects that he launched for India’s long-term economic development. The Golden Quadrilateral, connecting New Delhi, Mumbai, Chennai, Kolkata and back to Delhi, was the most significant infrastructure project taken up after Jawaharlal Nehru’s many irrigation projects. Atalji saw connectivity as the key to development. The rapid spread of telecommunication systems during his time helped in the emergence of India as a major information technology provider.

Atalji’s leadership during the Kargil War and his astute decision-making, limiting the conflict to the Line of Control but not hesitating to flex India’s air power, greatly enhanced India’s prestige internationally. The Kargil War was won not just on the rocky heights of the Himalayas but also in the lofty halls of diplomacy. At the end of it, the United States was encouraged to finally recognise the Line of Control as the virtual border between India and Pakistan. In his last two years as Prime Minister, Atalji took two major initiatives that laid the foundation for what became his successor’s signature policies. His outreach to Pakistan, and to the people of Kashmir in 2003, was the basis for Prime Minister Manmohan Singh’s conversations with President Pervez Musharraf. The fact that a BJP leader was willing to think out of the box emboldened his Congress party successor to take that initiative forward.

The foundation for Prime Minister Singh’s single most important achievement — the US-India civil nuclear agreement — was also laid by Atalji. His calling the US India’s “natural ally” set the tone for an engagement that has since been called by a US President “the defining partnership of the 21st century”. Atalji’s government took the “First Steps” in strategic partnership with the US enabling Prime Minister Singh to take the “Next Steps” (NSSP). In the end, while political analysts will list Atalji’s various policy initiatives, the people of India will remember him as a great human being, known for his masterly oration, his wit and wisdom, his poetry and his laughter.

No other politician in recent times has endeared himself to the entire nation in the manner in which Atalji did with his warmth and his charm.

#Nuclear policy, #Kashmir, #India-pakistan dialogue, #Atal Bihari Vajpayee
The views and opinions expressed in this article are those of the authors and do not necessarily reflect the official policy or position of DailyO.in or the India Today Group. The writers are solely responsible for any claims arising out of the contents of this article.