Under Kalyan Singh’s watch, the Babri Majid was demolished, despite the promises made to the apex court. There is absolutely no guarantee of history not repeating itself.

In October 1990, 16 Hindu activists died after Mulayam Singh Yadav, who was then Uttar Pradesh chief minister, ordered the opening of fire on kar sewaks allegedly trying to take over the Babri Masjid.

A year later, he lost the elections. This paved the way for Kalyan Singh to take over as chief minister because the BJP, riding on Hindu sentiment, managed to win the 1991 Assembly elections.

Under Kalyan Singh’s watch, the Babri Majid was demolished and the riots that followed left thousands dead.

Singh’s role in the demolition has been suspect because he had vowed to protect the masjid on multiple occasions.

Interestingly, the Kalyan Singh government acquired 2.77 acres of land around the Babri Masjid almost immediately after coming to power. By October 1991, the government reportedly began demolishing ancient structures built on the land.

The masjid was, however, left untouched.

The demolition stopped only after the Supreme Court intervened into the matter. In November, Singh assured the National Integration Council (a group of politicians from across party lines) that “the entire responsibility for the protection of the disputed structure is ours, we will be vigilant...” 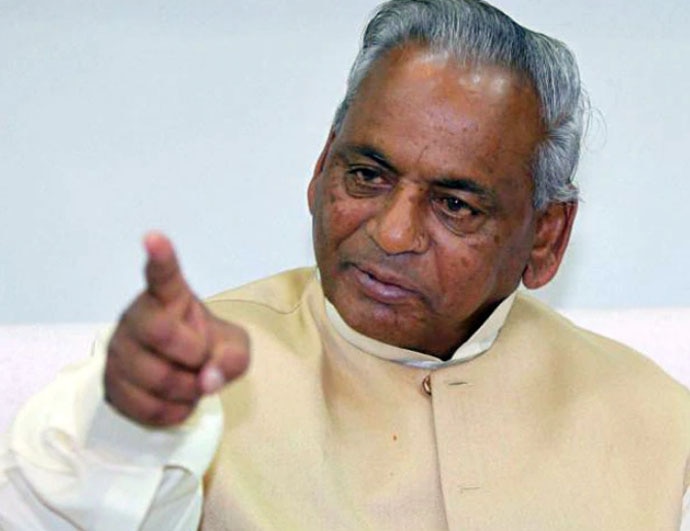 Kalyan Singh made promises regarding protecting the Babri Mosque. What followed is well-known. (Source: India Today)

An Intelligence Bureau input in January 1992 warned the PV Narasimha Rao-led central government that “notwithstanding the present impasse... the BJP government in UP is considering how best to circumvent those hurdles that are standing in the way of the construction of the temple.”

In what amounted to a direct violation of Supreme Court orders, newspapers reported that construction work had apparently resumed in the outer compound of the premises.

Days later, the Allahabad High Court asked the Kalyan Singh government to stop, but it reportedly continued till the apex court ordered suspension of all work on the site on July 23, 1992.

This kar sewa was to happen on the very land the UP government had overtaken. The BJP government wants the undisputed land around the Babri Majid-Ram Mandir site to be returned to the state government. (Source: India Today)

By November, kar sewaks started pouring in on the disputed site by the thousands.

The Rao government was by now alarmed, but found its hands tied. It dithered from invoking Article 356 and imposing President’s Rule in the state because the Congress government was drawing flak for overthrowing state governments opposed to it. Having burnt its hands by using force in the Golden Temple under Operation Blue Star to fight insurgency in Punjab, the Rao government did not want to use central forces once again in Ayodhya.

The central government moved a petition for ownership of the mosque to be transferred to the Centre, so that it would have the right to protect the masjid without dismissing the UP government.

Meanwhile, the Supreme Court started hearing appeals filed with regard to the matter in November-end. The BJP government in UP, through its lawyers, again swore to protect the mosque.

The court chose to believe the Kalyan Singh government.

At 1.55 pm on December 6, 1992, the first dome of the three-domed Babri Masjid was down after receiving a preliminary blow at 12.20 pm. Subsequently, the whole masjid was brought down.

What followed was violence that took the entire country in its grip.

And it happened because the BJP did not keep its promise of protecting the mosque.

The fall of Babri Masjid did help the BJP rise to power in a big way. 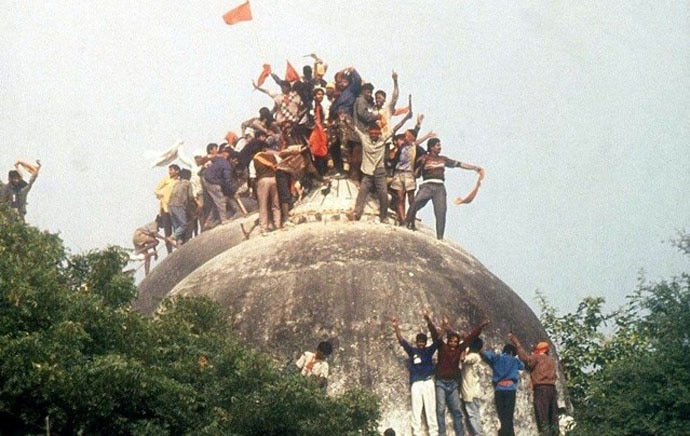 And it is power which has once again prompted it to play with fire in Ayodhya.

On January 29, the Narendra Modi government told the Supreme Court to release excess/superfluous land acquired under the Acquisition of Certain Areas of Ayodhya Act, 1993, near the Babri Masjid-Ram Mandir disputed site.

The area that the BJP is referring covers 67 acres, including the 2.77 acre disputed Ram Janmabhoomi-Babri Masjid site.

Many Hindu saints and seers are telling TV channels that this should be allowed so that they can begin the ground work for the Ram Temple in Ayodhya.

How can work on the temple begin with the court still deciding on the land title suit?

The court has no reason to trust the BJP. The party went back on its promises to India’s courts through 1991 and 1992.

With Hindus and Muslims having failed to reach any compromise on the issue, the dispute should now only be decided by the court.

Too many people have died in this mandir-masjid fight.

#Supreme Court, #Kalyan Singh, #Babri Masjid, #Ayodhya dispute
The views and opinions expressed in this article are those of the authors and do not necessarily reflect the official policy or position of DailyO.in or the India Today Group. The writers are solely responsible for any claims arising out of the contents of this article.