Baba Gokal Das was attacked by a policeman for having food before iftar.

"Can we have a cup of tea?" John (name changed) asked us as we were leaving Karachi for another city in the Sindh province. We said we will have tea and breakfast once we crossed Karachi. It was the month of Ramzan and therefore, Karachi was closed.

Our team was about to meet local people and were accompanied by a foreign visitor. It was ex-dictator Pervez Musharraf's era in Pakistan.

As we we crossed Karachi and entered Hyderabad, we found that a local dhaba had opened and people were having breakfast.

John asked us why Karachi was closed. The Sindhi member of our team replied, "During Ramzan, you cannot eat or drink in Karachi during fasting time, but other small cities and villages in Sindh open."

I was reminded of this incident when I saw the photo of the 80-year-old Hindu man Baba Gokal Das, who was injured after being beaten by local police constable Ali Hassan Haidrani in the Ghotki area, for having food before iftar (the evening meal when Muslims end their daily Ramzan fast at sunset). 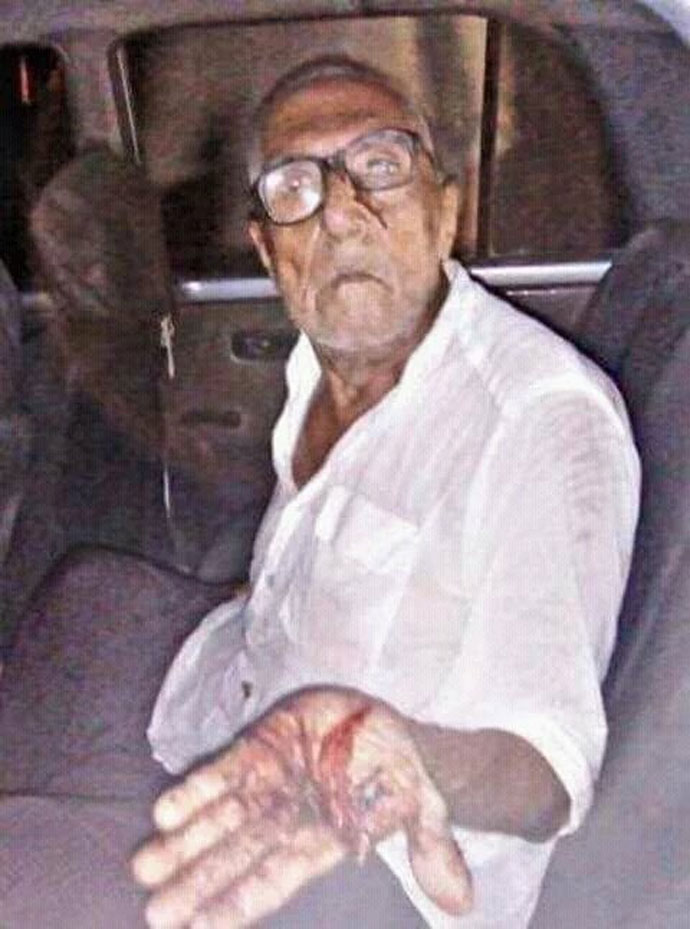 The photo of Gokal Das with a bloodied hand went viral on social media. The photo shook my soul and mind.

It reminded me of another incident in my life, which I would like to share with the readers.

Once in my office in Karachi, I was drinking water. It was the month of Ramzan. The person who used to make tea for us looked at me strangely and coming up to my table said, "Madam, I believe you are a Sindhi Hindu (without knowing my identity). I don't wish to call you a kafir, as I know in other cities of Sindh you can eat and drink during the fasting time, but avoid doing it in Karachi."

I did not wish to get into a long-drawn-out discussion with him on this. I simply told him, " Don't you think fasting is a matter between you and Almighty?" A few days later he came up to me and asked if he would make tea for me.

Many Pakistani friends know that Sindhis eat openly during Ramzan and have discussions over it.

Gokal Das' photo just shattered us. I am sure he would have witnessed the tolerance that Sindh is known for, but after the attack on him, it would not be surprising if he loses affection for the land that he belongs to.

Gokal Das' assailant perhaps forgot that Sindh belongs to the elderly man and the minorities as much as it does to anybody else. It is a place where everyone is allowed to perform his/her religious activities freely, and nobody orders you on what to do and what not to, even during Ramzan.

Fasting is personal matter and people have fasting to increase their own will power. It is sad if that will power is shaken by the mere sight of another person eating and drinking.

The constable not only assaulted an elderly man, which is unacceptable in itself, what's worse, he did so for no fault of the victim. Certainly, Gokal Das did no wrong by eating before iftar.

What's heartening to note, however, is that the constable was arrested and the Hindu community in Pakistan has been requested to forgive Gokal Das' assailants.

The Gokal Das incident has again shown the harm that extremists are able to do to society.

#Pakistan, #Ramadan, #Baba Gokal Das
The views and opinions expressed in this article are those of the authors and do not necessarily reflect the official policy or position of DailyO.in or the India Today Group. The writers are solely responsible for any claims arising out of the contents of this article.