Justice Nariman’s judgment of April 19, 2017 revived the stagnating criminal trials against Hindutva leaders into fast track. In anticipation of the same, Uma Bharati had said on April 9 that she is willing to "go to jail" and "be hanged" for the sake of a Ram mandir. Hyderabad MLA Raja Singh said he would "severe the head" of those who interfere with building the Ram Temple.

I, Rajeev Dhavan, declare that I am prepared to die for reconstructing the Babri Masjid; and will continue to fight for secularism in India.

On December 6, 1992 when the Babri Masjid was destroyed, counsel KK Venugopal "hung his head in shame". In 2017, he appeared for LK Advani, a prime instigator. In 1991, two rath yatras led by Advani and Murli Manohar Joshi advanced to Ayodhya for kar seva. The Shiv Sena surged its cohorts in action. 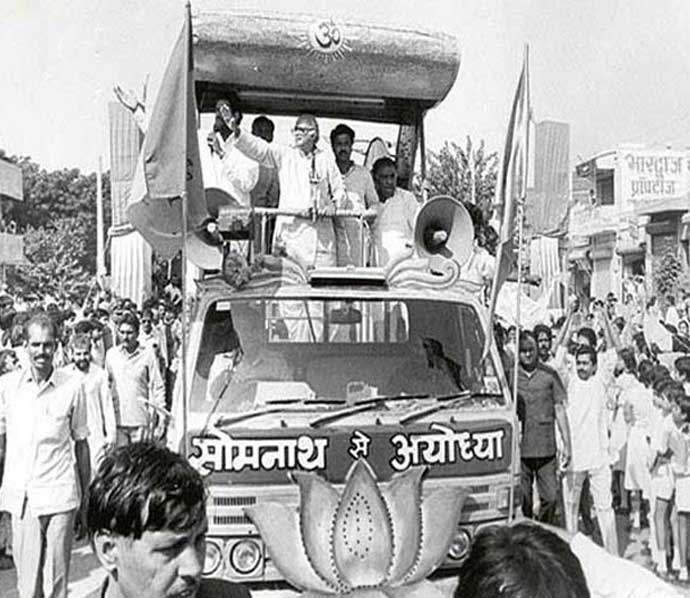 Then UP chief minister Kalyan Singh’s arrangements to abort the same were deliberately slack. He was convicted for contempt for breach of assurances for which he claimed martyrdom. A 400-yearold mosque was mercilessly destroyed. On a terrace stood top BJP leaders Advani, Joshi, Bharati and others. One press member clarifies that Advani did not say "chodo" (leave) but "todo" (break).

Babri Masjid changed India’s history. India was now portrayed as a Hindu nation as Pakistan is for Muslims. The psyche of people changed. Hindus got away with anything. They could destroy a temple, paintings, attack the Bhandarkar institute and destroy their heritage. Books were prevented from publication and burnt. Hindoo-sthan was theirs — to complete Partition into Hindu India and Muslim Pakistan.

Ghar wapsi and "women should dress properly" campaigns were initiated. The cow campaign to intimidate, beat up and kill was renewed. RSS and Hindutva armies may win elections with slogans, but beneath is an embattled society reviving communal hate.

The civil case on entitlement went to Hindus. Short of voodoo, everything was packed into 8,000 printed pages of undigested pronouncement. Recently, CJI Khehar momentarily thought he could mediate. The CBI filed two FIRs: crime number 197 of 1992 was filed against lakhs of kar sevaks, and crime number 198 was filed against eight leaders: Advani, Singhal, Katiyar, Bharati, Pitambar, Joshi, Giriraj Kishore and Dalmia. Two, Singhal and Kishore, died. 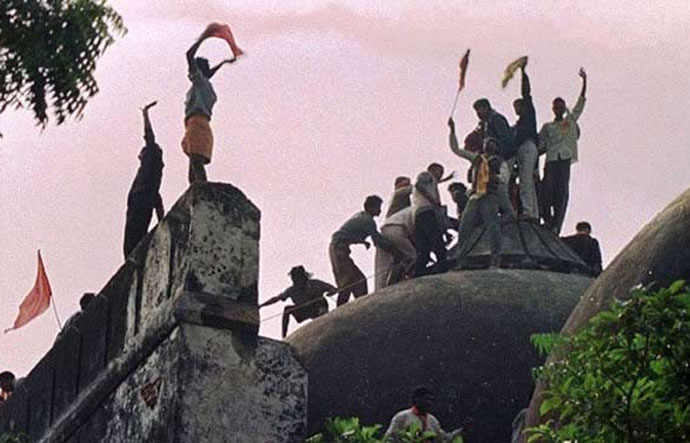 A consolidated chargesheet against 48 persons for conspiracy was also filed. On October 8, 1993 the state government amended crime no. 198 to enable all cases to be tried in Lucknow. A special court was created by the government after consulting the high court. The big mistake took place on September 9, 1993 when the notification of the state government mentioned crime number 197 and on October 8, 1993 crime number 198 was named for the Lucknow cases.

The files were shifted from Rae Bareli. Then came the blunder. On February 12, 2001, the flamboyant Jagdish Bhalla threw a remedial technical spanner in the works. According to him, October 8, 1993 case committed to Lucknow did not have the administrative consent of the high court.

It is on the slender issue of lack of consent of the high court that Advani and others were tried at Rae Bareli for lesser offences. Justice Bhalla may have had the technicality corrected. But no. The cases were sent to Rae Bareli. The Supreme Court stood by on November 29, 2002 rejecting Mohd Aslam’s petition. In Rae Bareli, Advani was discharged on all charges. The other seven petitions were only charged for rioting, unlawful assembly. What an incredible result!

Since February 12, 2001, it took 16 long years for SC to hold the division between the Rae Bareli and Lucknow prosecution absurd. Justice Nariman chastised Bhalla for “having upheld the joint charge sheet, after finding a prima facie case of criminal conspiracy... The Bhalla judgment of February 12, 2001 has completely derailed the joint trial envisaged and has resulted in a fractured prosecution going on in two places simultaneously.”

The court corrected the Bhalla error by using the SC’s power to do complete justice (Article 142). His second reason was that these “crimes which (shook) the secular fabric of the Constitution of India”. Third, the defects cured, a time line was fixed to complete trial in two years.

The Advani-Joshi yatras were a political obscenity mired in temple politics to mobilise Hindus against Muslims. The mosque was destroyed. What is amazing is the cowardice and self righteousness of the Hindu leaders who planned this, watching shamelessly — failing to adult their sinful behaviour.

The BJP’s White Paper of 1993 is one example of this arrogance.