Modi's Balochistan remark was rather pointless

There is only one long-term solution to the Kashmir problem: war to recover PoK and to evict the Chinese from Ladakh.

The prime minister's statement that if Pakistan continues its interference in Kashmir, we can interfere in Balochistan and the northern areas is puzzling.

The response to a threat can be a threat: "If you hit me, I will hit you back." What we're doing, however is "You are hitting me, I can hit you back."

This not only makes no sense; it makes us look weak. If we can hit back, why aren't we doing so? After all, Pakistan has for 29 years engaged in a low-level war against India using proxies directly supported by the Pakistan army.

Three decades of war later, the best we can say is "I can hit you back"? So exactly when will we hit Pakistan? After the war has gone on for half-a-century? A hundred years? When shifting plates make the continents reunite into Pangea? That's about 300 million years from now.

The first real sub rosa intervention since Independence was made in 1971 by India against East Pakistan. Earlier, we had half-heartedly supported the US in delivery of miniscule quantities of arms to Tibet rebels, and China had responded with tiny quantities of aid to our North East rebels.

The attack in the year 1965 was not exactly a clandestine one on Kashmir by Pakistan; it was an open invasion, and we responded in full force.

The important lesson of supporting liberation movements we learned in 1971 has been firmly ignored by India. By May 1971 Pakistan had beaten the rebels and was turning its problem in East Pakistan into our problem by ethnic cleansing. That is why we had to go to war in full force. 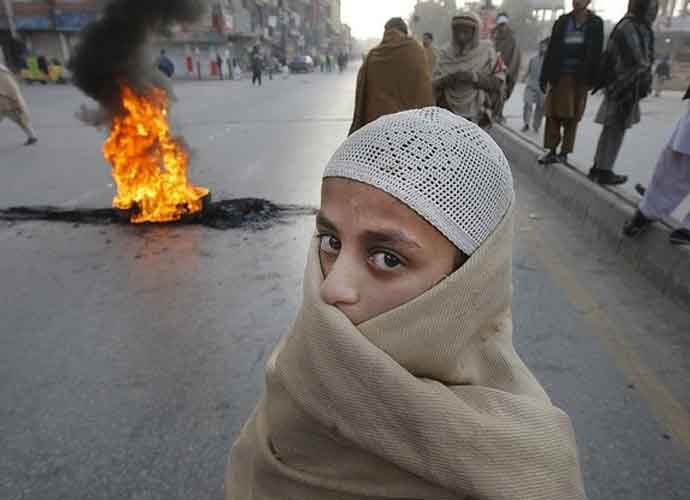 It is near impossible for insurgents to win against a ruthless state without external military support. (AP)

Indira Gandhi drew the wrong lessons from the war - it is near impossible for insurgents to win against a ruthless state without external military support. She thought we could now incite Sindh and Balochistan to revolt.

To be fair, our support was so limited we need not have bothered. In the event, the Pakistan army destroyed the Baloch rebellion. A key tactic was poisoning water wells in this desert province - that's ruthless. The Sindh intervention, at best only marginally worsened a law-and-order problem that already existed and continues to exist.

Pakistan struck back by supporting the Khalistan insurgency. Please to note how India defeated the rebels. It killed them and their supporters. The Indian criminal justice system was too weak to permit a law-and-order approach.

We acted as we would in war: you're a non-uniformed combatant or a supporter, you are shot. End of story. That's ruthless, and it worked.

Also read - By talking about Balochistan, Modi has put both Pakistan and China on notice

Failing in Punjab and inspired by the successful mujahedeen tactics in Afghanistan, Pakistan then turned its attention to Kashmir. For reasons too complex to discuss here, we have been unable to act ruthlessly, and here we are, three decades later, and still at war. But has Pakistan won a single square kilometre of Kashmir? No.

Because it cannot, just we could not win in East Pakistan without sending in the Army. And there's no need to remind ourselves of Sri Lanka, where our boys decided not to listen to us. They turned against us and beat us. We sensibly quit, because we weren't willing to pay the price.

So now we return to Balochistan and the northern areas. If we are to "get real", what precisely could we do? The short answer: nothing effective.

The Northern Territories have a thinly spread-out population of two-three million. For six months of the year the weather is brutal. It's very easy for the Pakistanis to control the area because any armed opposition will be dealt with as was the case in Balochistan: insurgents, actual and imagined, will be killed.

Also read - By talking about Balochistan, Modi has put Kashmir in a spot

We had a chance in 1984 and 1986-87 to take the northern territories and solve that problem. We chickened out. End of that story.

In Balochistan, we face three unsurmountable problems. First, We have no way of creating sanctuaries because there is no land border.

Two, Iran will never tolerate an independent Pakistan Balochistan because its own eastern province could secede to join the new country.

Lastly, the Baloch people are tribal, each group has its own interests. The province is also home to Pashtuns with their own ideas, and Sindhis. Many Baloch live west of the Indus.

And never underestimate Pakistan's ability to bring in large numbers of Punjabis. This is not a Bangladesh waiting to happen.

So our threat to retaliate in the northern areas and Balochistan is empty. There is only one long-term solution to the Kashmir problem: war to recover PoK and to evict the Chinese from Ladakh. Chances of this happening zero. Idle talk has no cost. It also achieves zero results.

#Kashmir, #Pakistan, #Narendra Modi, #Balochistan
The views and opinions expressed in this article are those of the authors and do not necessarily reflect the official policy or position of DailyO.in or the India Today Group. The writers are solely responsible for any claims arising out of the contents of this article.

The writer has 45 years of experience in South Asian military affairs.