While coining the term ‘Khela Hobe’ (Game on), Mamata Banerjee might have had a broader game plan in mind to fight the battle against BJP. However, if you look at Indian elections, it is indeed a ‘game’. To be precise, a one-day game.

The polling day alone may decide the fate of the candidates. A day is often enough to change the course of the election results. This will be proved again in Nandigram as this high-profile constituency goes to polls on April 1 under high-pitched political tension.

Why call it a one-day game when the politicians are on the field for 365 days a year?

Yes, it is true that for any game, you need to train yourself and practice. The net practice may continue for 364 days a year, but the final match is played on one day.

Who wins the booth wins the election.

This is the mantra Amit Shah has been chanting in Gujarat for years and later in other parts of the country. The Left, too, survived on the same mantra. Mamata Banerjee cannot escape the essence of the sermon. Actually, no political party in India can. 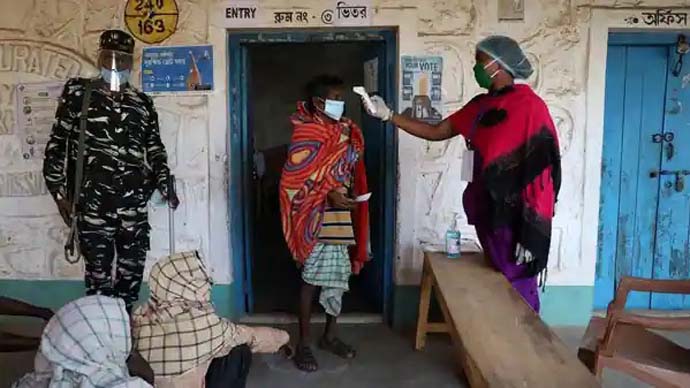 Who wins the booth wins the election! A polling booth during the first phase of the West Bengal assembly elections (Photo: Reuters)

To win a booth, the first step is to have a substantial number of booth-level workers whose job will be to nurture the voters of the booth all round the year. While keeping a close eye on their political leanings, the workers need to engage political and apolitical individuals in party activities in various forms. Being with the voters in their hard and bad times generates dividend for the election which comes once in five years.

BJP, in their election machinery, even has a role called ‘panna pramukh’, who is in charge of a single page of the electoral rolls. His job is to engage with the voters whose names appear on that particular page.

The real game starts on the day of the election. The booth-level workers hold the key to a ‘free and fair' election. On the one hand, their job is to mobilise their supporters to reach the polling booth and, on the other, see that voters can cast a vote, preferably in favour of their party in a free and fair manner.

The assignment can also turn the other way round. Booth-level party workers may be entrusted with the job to prevent voters - who are anticipated to vote against the party - from reaching the polling booths.

This may be implemented in various ways. One is ‘silent intimidation’. Political workers of a particular party standing on the road can do the trick. Voters likely to vote for the opposition parties will not dare to come out of their home and see eye to eye with the ‘political goons’. Another is to scare them away using mild to extreme violence openly. Bengal has seen it all. 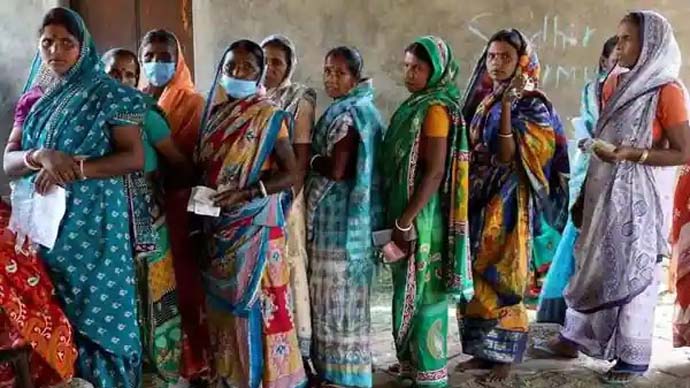 Women waiting to cast their vote at a polling station in Purulia district during the first phase of the West Bengal state election. (Photo: Reuters)

Then comes the inside-the-booth management. Unless there is a strong presence of polling agents of a political party in every single booth, the game may be half lost. It is easier to manipulate the elections without the polling agents from the opposition camp. The party workers may threaten the polling officers and rig the elections in their own way. They may let only their supporters come and press the EVM buttons.

Polling agents being beaten up and thrown out of the polling booths is common in Bengal elections. This generally happens right in the morning. No opposition to malpractice means smooth manipulation.

How is this possible in the presence of security personnel? The police will intervene if there is violence. Most of the voters don’t know how to contact the police or Election Commission.

Inside the booth, the presiding officer is the boss. He has to maintain decorum and conduct peaceful elections. If he succumbs to pressure, often to protect his or her life, the game is half won by the dominant political party.

Moreover, how many booths will be under the media and Election Commission glare all the time?

There is no reason to believe that the presence of polling agents of all political parties in a booth will always ensure free and fair elections all the time. They need to be trained on election procedure. They need to know how to conduct mock-polls, detect any malpractice, and when and how to raise an objection. They also need to know each and every voter of the booth by face.

The ‘uneducated’ polling agents can be bullied either by their counterparts while letting a false voter vote, or by the polling officials in disguise of the paperwork and procedure of conducting polls.

In most cases, the polling agents give up and go home.

Do not also be under the impression that the presence of polling agents without any animosity can solve all the Election-Day puzzles.

In rural areas, often, the elderly voters come and vote under the instructions of the community leaders or the family head. They do not have their own choice. Sometimes they even have to take the help of the polling agents or others to use the EVM.

In the rush of finishing the polling on time, submitting the sealed EVMs to the Returning Officer and getting relieved, the presiding officers sometimes allow these ‘minor’ malpractices.

What happens if a political party does not have a robust booth-level presence? They leave it in the name of the ‘Voter-God’. If the voters have decided to vote for or against a political party, nothing can stop them. That’s how we sometimes get surprise results.

It is to be seen if the incumbent Bengal Chief Minister Mamata Banerjee or her former party and cabinet colleague Suvendu Adhikari leave it all to the Voter-God or play the one-day game in their own way.

Whatever it be, Khela hobe! Come April 1, the game is on.