BJP in Bengal: From an ‘insignificant’ party to challenger no.1

The very fact that Mamata is back to dharna politics shows how much the BJP has pressured the TMC.

I started my journalism career reporting for The Telegraph in Calcutta.

Those days (in the year 2000) were quite different from what we see now. Bengal then was going through some strange times, which I witnessed first-hand as a cub reporter.

The Left government was firmly in place, and it seemed unlikely that any party would be able to unseat them. With that, bandhs were a regular affair in the state.

Another regular feature during that time was violence at the factories (especially jute) that were locked, or on the verge of shutting down. I remember covering one particular grisly incident where a manager of a jute factory at Baranagar (the north 24 Parganas district) opened fire at one of the protesting workers, killing him on the spot.

He and his colleague were lynched by the workers. Locked factories were a common sight in Bengal — violence over them, a common occurrence. (Photo: PTI/file)

I went for a follow-up story the next day, and came back with an investigative report that made to the front page of the paper. I would like to believe that my investigation was dispassionate — yet, seeing what decades of Left rule was doing to my state, I would get perturbed whenever I was asked to go to the sites of such violent crimes. Doing the follow-up stories was more painful than reporting on the actual incident.

On the day of the incident, we'd be too busy concentrating on getting the facts.

But a depression would engulf me on the next day, when we were asked to do a follow-up story.

A 'follow-up story' would mean going back to the site, speaking to the victims’ families, watching the victims’ bodies being handed over to their loved ones, and trying to find out what (or who) led to the incident.

Watching the Left violence first-hand thus left a deep impact on me and I remember that I often prayed for a change in regime. But those days, a reporter used to be a porter, who would carry facts from the scene of the crime to the news desk. We were never allowed to editorialise the news, which is the norm today.

Those were times when the media wasn’t divided so sharply along ideological lines, and any sort of violence, conspiracy or attempt to undermine democracy would be sharply criticised by the anti-Left media (which is almost all media outlets, except for one or two newspapers).

Most Left leaders were veterans and would look at us (the rookies) with contempt, often trying to ‘teach’ us a thing or two. They would patronisingly ask our seniors (the political reporters) to ‘groom us properly’. I didn't know what it meant then. I now understand that my anti-Left view would become apparent whenever I would question them about incidents of workers’ union violence and factories shutting doors on the workers, making them more desperate.

They didn’t like it — that's why they felt that I was ‘not properly groomed’.

However, it was a good time to be a reporter then, because you were truly speaking truth to power.

As a rookie, I was over-enthusiastic and often tried to buttress a bureau story with dissident voices that senior political reporters were too busy to cover.

More often than not, that voice used to be the BJP’s (Bharatiya Janata Party). Slowly Saffron in Bengal: Unlike today, the BJP in 2000 had neither ground support, nor celebrity faces to sport. (Photo: PTI/file)

Back in 2000-2001, the BJP was a party that nobody particularly cared about in Bengal.

Their opinions were like a two-liner garnish in a properly cooked bureau story. Often, while the stories were being edited, the sub-editors would ask me if the “BJP quote” could be chopped off because they had nothing substantial to offer (which was mostly true). Basically, the BJP was maintaining an existence in Bengal — but it was an insignificant existence.

The only time they would perhaps gain some mileage in the press was when a BJP leader from Delhi would come to Calcutta, and a photo opportunity would emerge.

You ask anybody who used to report during that time — they will agree that nobody then thought the BJP would emerge as the principal Opposition party in Bengal one day, and the Left would lose their grip on the politics of the state.

Circa 2019 — the BJP is threatening the party in power, and is actually being treated as a party that can unseat the Trinamool Congress. The BJP central leadership too is viewing Bengal as a territory that can be ‘conquered’, and many prominent celebrities (like Babul Surpiyo) are holding important posts at the Centre.

The BJP has truly come a long way in Bengal — from an insignificant voice to perhaps the most important Opposition voice in the state’s politics.

Two decades have transformed the party and its leadership.

Right now, the BJP in Bengal is standing at a very crucial junction. 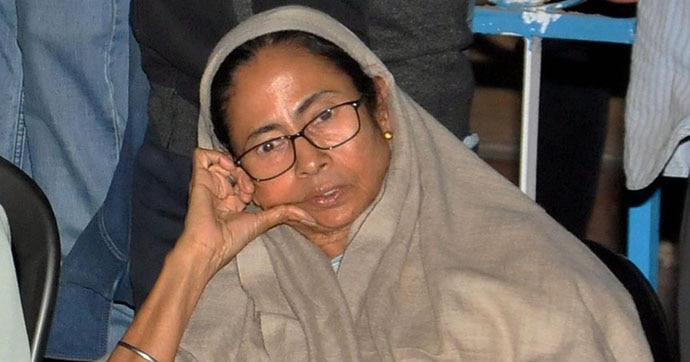 No, it's not veiled: The return to dharna politics shows Mamata is not underestimating the BJP's threat. (Photo: PTI)

If they play it right, they can actually unseat the Trinamool, which is already crying hoarse about the ‘high-handedness’ of the BJP. Chief Minister Mamata Banerjee is back to the grand old tactic in her political playbook, dharna politics, after 13 years, which in itself shows how the pressure from the BJP is being felt across the TMC leadership.

From here on, the BJP can chart a road to victory in Bengal — or play along the cues laid down by the TMC and squander its chances.

Bengal is again at the brink of a change. Whether the change comes or not will depend on how carefully the BJP manoeuvres its political moves, starting today.

This is actually a proxy battle between the two parties that has started here since February 3.

The one who wins this will get to keep Bengal.