Bure din for Bharat Mata: Ramdev the rakshas wants to cut heads off

Yoga guru's comment is hate speech, a direct incitement to violence. Will he be arrested?

Irony may be the current Indian staple, but Baba Ramdev's monstrous cue from Maharashtra CM Devendra Fadnavis on Bharat Mata ki jai, and taking it many steps further by saying were it not for the law of the land, he would have cut off the heads of those refusing to say the slogan, cannot be made light of.

The yoga guru said the following at an RSS peace meet, Sadbhavna Sammelan, in Haryana: "We respect this country's law and Constitution, otherwise if anybody disrespects Bharat Mata, we have the capability of beheading not one but thousands and lakhs."

Debating the nationalist efficacy of the slogan, or buttressing the coercive tactics of the current establishment that's literally enforcing it on its sovereign citizens, is one thing. But Ramdev's speech, ostensibly a direct attack on Darul Uloom Deoband's fatwa against the slogan and a salvo fired at Lok Sabha MP from Hyderabad, Asaduddin Owaisi, is, plain and simple, a direct incitement to violence. This is hate speech, as per law. 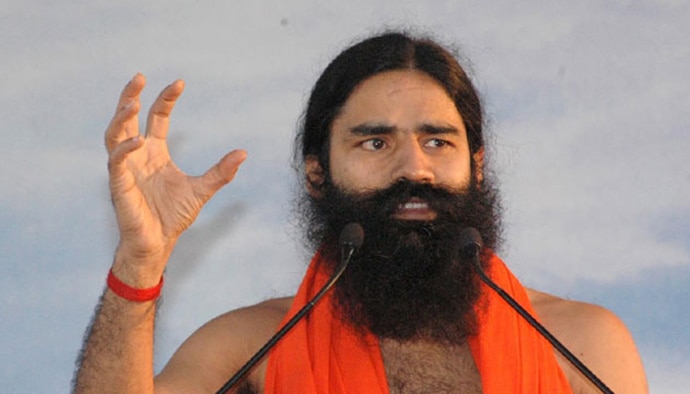 That the Patanjali group honcho, selling a consumerist wet dream of a purchasable Hindu Rashtra, who has as much overt backing from the ruling dispensation as possible, can expect to get away after saying words that oddly mirror the style and rhetoric of say an ISIS' Abu Bakr al Baghdadi, is telling.

At a time when fabricated messages on WhatsApp are enough to goad an excitable mob to lynch a man to death, when cattle herders of a particular community are hanged in public to "teach them a lesson", can Ramdev's comments be brushed off as "fringe opinion"?

This is not a hate speech? --> #BabaRamdev: "If no law, wud have cut heads of those who don’t say #BharatMataKiJai" https://t.co/X0StTQWOzB

Am sorry but why are we not arresting baba ramdev for hate speech?

Babaji,China is violating Bharat Mata by illegally occupying huge tracts of her territory in Aksai Chin and... https://t.co/GfeVF455vk

If Baba Ramdev is so keen to chop off heads of those who refuse to chant 'Bharat Mata ki Jai', he should join the cast of Game of Thrones.

Ramdev's "We could behead if it werent for Law", Deoband's Fatwa nonsense, Fadnavis- "leave the country" threat- Satire, Comedy or Farce?

" Off with the heads" statement from Mr Ramdev happened at an RSS event. The latter is BJP's Guru, ideological mentor and political masters.

I wonder if Baba Ramdev will talk of lopping off the heads of those who illegally park money abroad?

Booking Ramdev under hate speech is more important than even Kamlesh Tiwari's arrest, whose "derogatory" comment on Prophet Mohammad was basically bipartisan homophobia writ large. Here, Ramdev is not only calling for a massacre of those refusing to say Bharat Mata ki jai, but his "topiwala" remark is singling out Muslims per se.

High time rest of India realised that butchery & genocide prevented in India by likes of Ramdev only because of Babasaheb's constitution.

Threatening to cut off the heads of thousands is part of Ramdev's new viral marketing campaign for the recently launched Patanjali Swords.

If this isn't incitement to violence, what is? And if this is how RSS wants to enshrine peace and harmony in India, then we are better off without them.