Bhima Koregaon case: With SC refusing to intervene, BJP and Congress are already passing their verdicts

The case may not have reached its logical conclusion yet, but that has not stopped political parties from politicising the issue.

A three-judge bench of the Supreme Court headed by the Chief Justice of India Dipak Misra, on September 28, refused to intervene in the arrest of five rights activists in connection with the Bhima-Koregaon violence case. The court also rejected the plea by the accused for a SIT probe into the matter.

A majority 2:1 judgment read out by Justice AM Khanwilkar said the activists will remain under house arrest for four more weeks.

The five activists — Varavara Rao, Arun Ferreira, Vernon Gonsalves, Sudha Bharadwaj and Gautam Navlakha — are under arrest at their respective homes since August 29.

The SC was hearing a plea by historian Romila Thapar against the arrests. 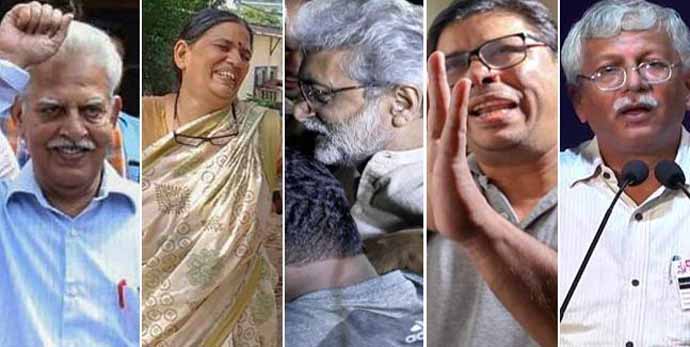 The judgment said it was not a case of arrest because of dissent or differing political ideology, but there was prima facie material to show their link with the banned CPI (Maoist) group. The probe would continue and the activists could pursue relief from the lower courts.

Justice Khanwilkar also said the court has desisted from giving its observations on the matter as it may affect the case.

Justice Chandrachud, on the other hand, gave a dissenting view, observing the arrest was an attempt to muzzle dissent, which is a symbol of a vibrant democracy.

"The court has to be vigilant that liberty is not sacrificed on the altar of conjecture. The conduct of police to use the media to cast aspersion on the activists is questionable," Justice Chandrachud said.

Justice Chandrachud also recounted the arrest of scientist Nambi Narayan, who was arrested in 1994 on charges of espionage along with another senior ISRO official, two Maldivian women and a businessman in the Isro spy case, where Kerala police had filed chargesheets against several scientists.

"Recently, Supreme Court granted compensation to a scientist of Rs. 50 lakh after 24 years of the incident," Justice Chandrachud said, pointing to the shoddy conduct of the police during the investigation.

Apart from having links with Maoists, the most serious charge levelled against the activists is an alleged plot to assasinate the PM.

Last month, the Pune police had claimed they had irrefutable evidence of the activists' links to the Maoists and their role in facilitating weapons and funding, but sought an additional 90 days from the court in September to file a chargesheet.

Sudha Bharadwaj, one of the arrested activists, has welcomed the minority judgment of Justice Chandrachud who questioned the Pune police's claims of incriminating evidence against them. On the majority judgment, she said she is happy that the court has given them respite by extended the house arrest.

Lashing out at the Narendra Modi government, she called the arrests a 'witch hunt' by the ruling party. 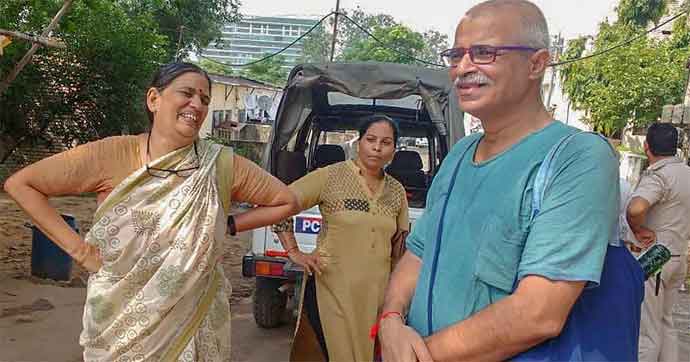 Activist Sudha Bharadwaj has called the arrests a 'witch hunt' by the ruling party. (Photo: PTI)

The case may not have reached its logical conclusion yet, but that has not stopped political parties from politicising the issue.

BJP's Sambit Patra has said the verdict is a 'vindication' of his party's stand.

Earlier in August, when the activists were arrested, Rahul Gandhi had accused the RSS of shutting down NGOs and jailing activists who complain. "There is only place for one NGO in India and it's called the RSS. Shut down all other NGOs. Jail all activists and shoot those that complain. Welcome to the new India," he had tweeted.

There is only one place for idiocy and it's called the Congress. Support ‘Bharat Ke Tukde Tukde Gang’, Maoists, fake activists and corrupt elements. Defame all those who are honest and working. Welcome to Rahul Gandhi’s Congress.  #BhimaKoregaon https://t.co/eWoeT0qo1L

While the BJP is toeing the nationalistic line to digress from burning issues like price rise and corruption charges, the Opposition is in no mood to relent.

Amid looming fear of its upper caste vote bank getting poached by the Congress' soft Hindutva, the BJP will only push back with counter charges.

Already pushed onto the back foot by a united Opposition trying to cobble together a rainbow of caste vote banks, PM Modi-led BJP will leave no issue out to take on its opponents.

Irrespective of its effect on the individuals involved.

With the lives and careers of five individuals at stake here, hopefully the courts will clear the air soon.