A grand reshaping of caste alliances across UP and Bihar could significantly impact the 2019 elections. It could well be the last straw to break the BJP's back.

Two major political developments in the recent past have raised the political temperature of Bihar – the state destined to become the center of the formation of a mega-alliance and see a straight battle between the NDA and UPA.

This grand reshaping of the alliance would have a significant impact on the 2019 elections, as caste arithmetic could swing the tide in favour of it. But with so many alliance partners, each demanding their share of the cake, the grand alliance could also run into the problem of plenty.

Political analysts are happy to state that with the 2019 elections, Indian politics will return to its status quo situation: elections will be wave-less, local and caste, not religion, will be the umbrella topic bringing together leaders and parties, to state-specific alliances.

And while the mahagatbandhan of the SP-BSP in the electorally charged state of Uttar Pradesh is believed to be brewing a storm for the ruling BJP, an equal analysis needs to go into Bihar politics, where a motley crew of caste leaders has come together, to halt the NDA juggernaut.

Recent political developments leave enough clues that the next political chess will be played in Bihar. 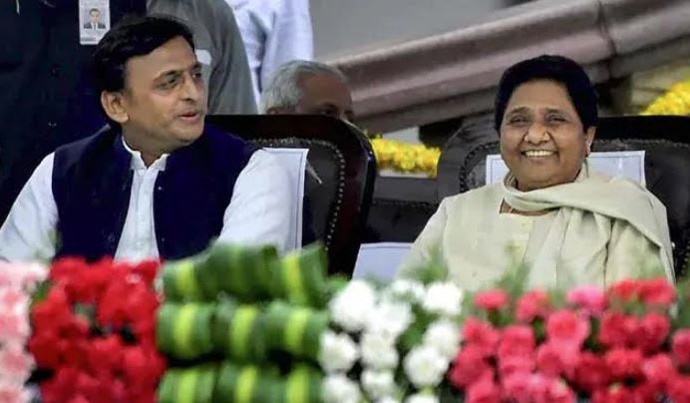 Will the fragrance spread? The SP-BSP alliance in UP could have political implications in Bihar as well. (Photo: PTI)

As much as I hate talking about caste, it is an incontestable truth of Indian politics. And this is where the RJD-led alliance with the Congress – later joined by Jiten Manjhi’s Hindustani Awam Morcha (HAM), and now, by Upendra Kushwaha-led Rashtriya Lok Samata Party (RLSP), and Mukesh Sahani's Vikassheel Insaan Party (VIP) – trumps the NDA.

It has caste calculus tilted to its side.

The coming of Mukesh Sahani onto the RJD's boat holds great significance.

Sahani, the leader from the Nishad community – traditionally, boatmen communities that form the second largest backward caste group after the Yadavs in Bihar – has worked tirelessly over years, to bring 21 sub-castes belonging to the Extremely Backward Caste (EBC) communities together under one organisation, the Nishad Vikas Sangh (NVS) – an organisation which he is the founder and national president of.

The EBC constitute about 30 per cent of the population of Bihar and are considered to be Nitish Kumar’s major support base – a dent in this support base could prove a major slip to the NDA's chances in Bihar. The assembly election of 2015 has already shown that Bihar politics is converging to the theme of backward versus forwards, where cries of social justice have proven to be louder than religious polarisation or even the much sloganed ‘development’.

Backward castes such as the Nishads are widely expected to decide the 2019 election in the state.

Sahni’s politics revolves around getting Nishads Scheduled Tribe status in Bihar, as they have in Bengal, Odisha and Delhi. The Nishads voted overwhelmingly for the BJP in 2014, after Modi’s promise of granting the caste ST status. Adding to the BJP’s woes is the fact that the Nishads have a considerable base in Eastern UP, and have been raising the same demands. The sharp decline in the Nishad votes for the BJP came to the fore with Praveen Nishad, son of Sanjay Nishad, founder of the Nishad party in East UP, winning the coveted Gorakhpur seat on an SP ticket.

Earlier this year, Upendra Kushwaha set the political pots boiling with his kheer statement (“a delicious kheer can be prepared with milk from the Yadavs (RJD’s vote base), rice from the Kushwahas (RLSP’s vote base) and “dry fruits from EBC groups.”)

By possibly bringing Kushwaha on board, the RJD has just made a major political realignment in Bihar’s caste-ridden politics – Kushwaha is a powerful Koeri leader, the largest OBC caste group after the Yadavs. With the RSLP in the opposition ship, the RJD is looking to woo the Koeri voters, along with some support of Kurmi and Dhanuk (extremely backward class) votes. If he manages to swing four to five percent of the Koeri-Kurmi vote, there is no stopping the Grand Alliance.

The coming together of Sahani completes this political puzzle of EBC votes. The last plot on this political chessboard is added by Jiten Manjhi, leader of the Dalit sub-caste Musahars, India’s poorest castes, which constitutes 1.5 per cent of the state population.

Adding to the RJD’s core vote bank of 30 per cent Muslim-Yadav (MY), the different partners in the alliance bring together the powerful Koeri caste, the EBCs, a chunk of forward castes and the Congress loyalists and the Musahars.

That will probably be the biggest rainbow coalition to take on the might of NDA.

The problem of plenty After this break-up, to accommodate many diverse partners in a new alliance will be a big task for Tejashwi Yadav. (Photo: PTI)

The grand efforts to cobble together an opposition coalition in Bihar could be rocked by the mounting ambitions of the shepherd eight parties squabbling over seat adjustment and a common view. In 2014, RJD and Congress had contested on 27 and 13 seats respectively. RJD leader Tejashwi Yadav will have a daunting task ahead, managing the expectations of each alliance partner.

With no partner willing to cede space for the other, the seat-sharing talks have begun exposing the cracks in the coalition.

Getting each alliance partner to accept seat adjustments, to accommodate all the forces, will be a bigger task for Tejashwi Yadav, than sweeping the elections.

Seat and candidate selection will be a key to success in the politically charged landscape of Bihar. The NDA (with JD (U) and LJP) is assured of the support of forward castes, Kurmis and Jatav Dalits.

The dilemma within BJP

For the BJP, the recent development with its allies in the state, the JD(U) and LJP, distancing themselves from the Ram Mandir issue, and insisting on focusing upon issues like employment and agriculture (which have proven to be the BJP's Achilles heel), has seen the party caught between the devil and the deep sea. The two parties follow the practice of ‘soft Hindutva’, and would not want to tarnish their secular image with BJP’s core agenda.

Lok Janshakti Party MP Chirag Paswan made his stance clear, stating, “Ram Mandir can only be the agenda of one party, not the agenda of the NDA or the Centre. We should wait for the court’s judgment on this matter.” JD(U) has raised a similar pitch. This would mean the BJP not playing on its electoral pitch, and could further muddle the issue by giving rise to intense competition on political imagery, between Modi and Nitish. 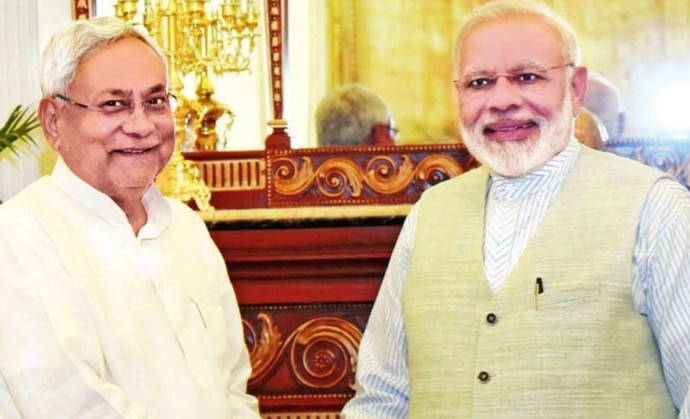 2019 elections could be a huge test for the Nitish Kumar-PM Modi alliance. (Photo: PTI)

2019 will not be a 'wave' election, and there is no pan-India political narrative.

And while rural distress and unemployment are obvious debacles for the government, the opposition hasn’t been to provide concrete solutions. Just raising the pitch may not see the swing of votes to topple the BJP's apple cart.

But political realignments and meticulously planned and implemented caste coalitions could prove the last straw that breaks the camel’s back.

There is an old and absolute truth about Indian politics that ‘Mandal is the only adversary of Kamandal’ (only caste politics can trump religion-politics).

So, does that mean that we are getting back to caste-based politics? Were we ever very far from it? Probably, it was always there, all set to return.

Post your comment
#Narendra Modi, #Nitish Kumar, #Mukesh sahani, #Lok Sabha Polls
The views and opinions expressed in this article are those of the authors and do not necessarily reflect the official policy or position of DailyO.in or the India Today Group. The writers are solely responsible for any claims arising out of the contents of this article.