Nitish Kumar versus Modi in 2019 is not hard to imagine

Though Opposition parties may not wholeheartedly support him as the PM candidate, his support base seems to be growing.

It is a possibility.

The unanimous selection of Bihar chief minister Nitish Kumar as the next Janata Dal (United) president on April 10 should not come as a surprise to those who have seen the rise, fall and the rise of the party in the past 13 years.

Veteran Sharad Yadav may have been the party's national president for ten years, but it was Nitish who has emerged as its tallest leader not only in his home state but also at the national level in this period.

Since ousting Lalu Prasad Yadav from power in 2005 to tasting a crushing defeat by the BJP-led NDA in the 2014 parliamentary polls, Nitish was widely acknowledged as the leader who led the JD(U) from the front. And whatever doubts remained over his leadership got dispelled when he steered the Grand Alliance to a historic win in the state Assembly elections last year.

It would be no exaggeration to say that the fate of his party remained inextricably linked to the fate of Nitish Kumar in the past decade or so.

No other JD(U) leader mattered much in his party. Even Sharad Yadav, regardless of his political acumen and experience, had to remain content playing the second fiddle to his younger and much popular colleague.

It was, therefore, natural for Nitish to take over the mantle of the party president once Sharad opted out after three consecutive terms recently. A leader of national stature, Sharad had played a key role in consolidating the party, allowing Nitish to focus on his agenda of good governance and development with justice as the chief minister.

With Sharad at the helm, Nitish Kumar did not have to bother much about the day-to-day party affairs. 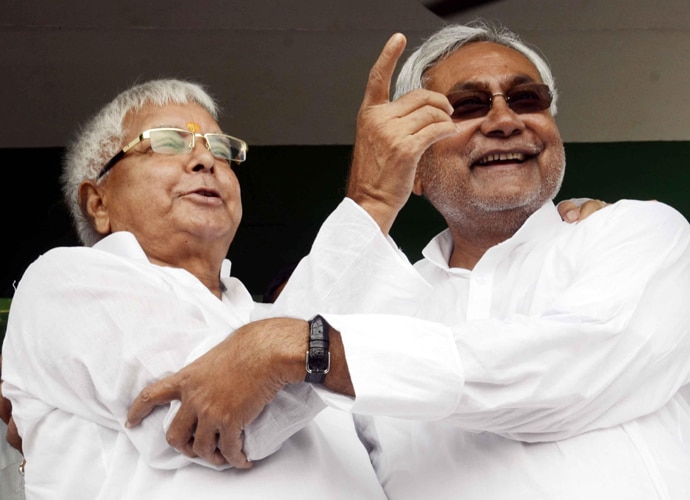 But the changed political scenario in the wake of the 2015 Assembly polls in Bihar gave Nitish a good reason to step into in the national politics.

The ignominious defeat of NDA in the Assembly polls had given an unambiguous message of unity to all the forces opposed to Modi. It was primarily the consolidation of votes of the JD(U), RJD and Congress that had sealed the fate of the BJP in Bihar.

Nitish believed that the Bihar results were a ray of hope for all the anti-BJP parties on a common mission to oust the BJP from power at the Centre in 2019. It was apparently under this belief that Nitish agreed to shoulder the additional responsibility in his party.

With no other party colleague worthy of stepping into Sharad's shoes, Nitish had to accept the twin responsibilities if he were to make a serious foray into the national politics for forging unity of the like-minded parties.

The timing of Nitish's appointment is also significant. It has taken place at a time when JD(U) has initiated merger talks with Ajit Singh's Rashtriya Lok Dal in Uttar Pradesh and Babulal Marandi's Jharkhand Vikas Morcha in order to become a bigger political force ahead of the 2017 Uttar Pradesh elections.

Although Nitish Kumar has time and again insisted in the past that he does not harbour any ambition to become the prime minister, he has also gone on record saying that he is no less qualified than any other claimant.

Also read - For Bihar's sake: Lalu as important as Nitish

With allies like Lalu Prasad and the Congress by his side, and his acceptability among different parties, including the Left front, growing by the day, Nitish Kumar appears to be gradually shunning his inhibitions to vie for the top post now.

His recent statements backing reservation for the SCs, STs and OBCs in the private sector, and lifting off 50 per cent ceiling on their quota in the public sector, were interpreted in the political circles as his conscious attempt to enlarge his support base across the country.

It is true that other powerful regional leaders such as Mulayam Singh Yadav, Mayawati, Mamata Banerjee, J Jayalalithaa and even Naveen Patnaik will not let go of their own ambitions and accept Nitish Kumar wholeheartedly as the prime ministerial candidate of a united Opposition in 2019.

Besides, the Congress would like to bounce back under the leadership of Rahul Gandhi. But as the latest developments in JD(U) indicate, the Bihar chief minister will definitely be among the serious contenders in the next Modi versus others battle.

#Bihar, #Sharad Yadav, #Nitish Kumar
The views and opinions expressed in this article are those of the authors and do not necessarily reflect the official policy or position of DailyO.in or the India Today Group. The writers are solely responsible for any claims arising out of the contents of this article.