India is seeing swadeshi fascism knocking at its doors

India is passing through treacherous times. There is no Dickensian dual scenario - it is in one way, the worst of times. Indian democracy is in peril. The voice of dissent is being throttled. The ruling establishment is encouraging the most heinous type of abuses and abetment to violence on social media.

Prime Minister Narendra Modi, who is considered as the darling of the online netizens, has found no time to send any condolence message on the brutal murder of one of the most respected journalists in the country Gauri Lankesh. Rather, on Twitter he is still following the saffron heroes who are expressing happiness at the death of one of the anti-Hindutva voices in the media.

There is fear, apprehension in the Indian media, more so in the states and the districts as the different segments of the Sangh Parivar are getting emboldened to take on the dissenters who question them or oppose their actions. The consequences of not falling in line could be grave.

Prime Minister Narendra Modi has stopped talking about acche din in the fourth year of his rule. The economic situation is pretty grim and the NDA government is having a comfortable time only because the Opposition parties lack the strength and determination and the main party the Congress is rudderless. Congress vice-president Rahul Gandhi is still not in a position to galvanise the party supporters and connect them to the disgruntled masses, who are angry with the policies of the Modi regime.

The Opposition parties have started making some joint efforts but that still lacks the required dynamism to meet effectively the BJP challenge. The Opposition has not been able to mobilise the affected masses against job losses and the distress in the informal sector of the economy which have adversely affected the minorities and the dalits. 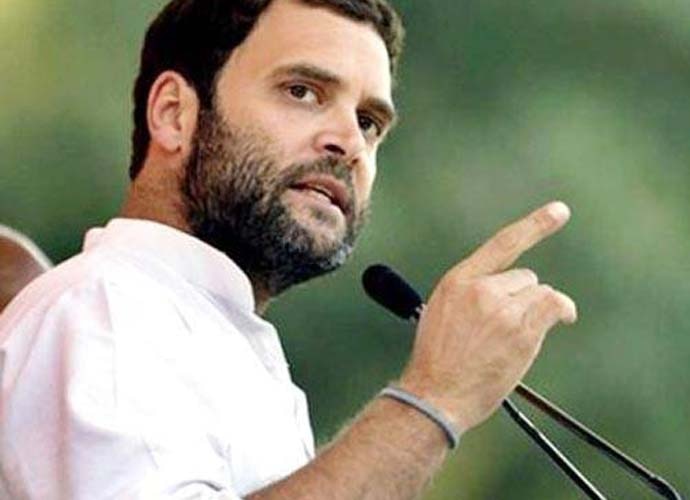 Rahul Gandhi has to focus all his attention on achieving maximum unity of the anti-BJP forces.

Even in the urban sector, distressing reports about job losses are coming out. A leading consultancy firm has reported that major manufacturing firms axed around 30 per centof their staff in 2016 and in 2017, the level of retrenchment will touch 40 per cent.

Demonetisation and massive de-stocking before the launch of the GST regime took a toll on the manufacturing sector that grew just by 1.2 per cent in the first quarter of 2017-18 as compared to 5.3 per cent in the preceding quarter of 2016-17.While rising automation has impacted job opportunities, the sector has also been hit by low demand and rise in costs.

As a result, the top BJP leadership is worried about the mood of the people in the coming state Assembly elections. Their only hope is the Opposition disunity and the leadership incapacity of the Congress.

The BJP leadership is going ahead with the implementation of the saffron agenda with the objective of attaining a Hindu Rashtra by 2022 which the Prime Minister terms as New India. The core values of the Indian nation have been challenged by the Modi government and one by one, the institutions are being saffronised with the objective of completing the agenda by 2022.The initial signs of fascism are visible and if the Opposition parties, who are opposed to the saffron agenda, do not unite to fight the BJP right now, it will be too late later as the saffron forces will further consolidate and the trends of fascism will get further enternched.

Congress leader Rahul Gandhi at times loosely uses the word fascistic to condemn some of the activities of the BJP and the RSS but he hardly has an overall strategy to fight these forces. A broad front of the democratic forces including the civil society groups and NGOs must be formed. Urgent economic issues also have to be included in the common programme to fight saffron forces.

It is unfortunate that the CPI(M) central leadership is still refusing to reach any firm understanding with the Congress on the formation of an all out anti-BJP front though the present political reality makes it imperative that the time has come to meet the saffron onslaught together. As a part of those efforts, efforts have to be made to ensure the anti- BJP votes are not divided. 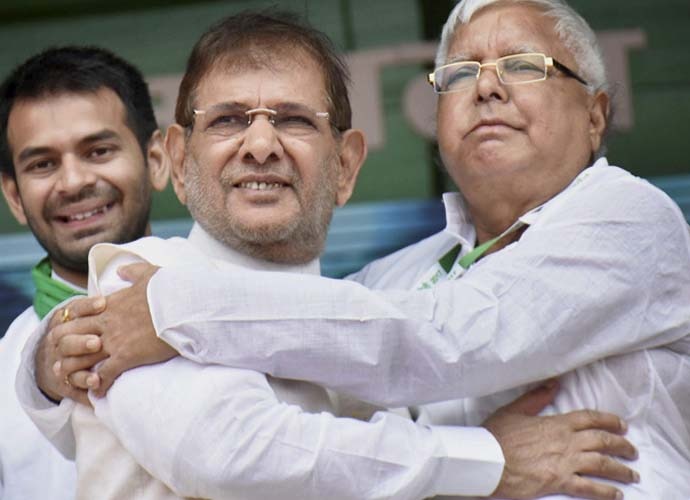 The CPI(M) was wrong in not joining Lalu Yadav’s rally on August 27.

CPI(M) leader Prakash Karat holds the view that India is still not a fascist state and the fight against BJP cannot be conducted in alliance with the other major party of the ruling classes, the Congress. His view is the dominant one in the central committee and he is expected to continue with this at the next meeting of the central committee in October. The meet is also supposed to come up with a draft political report for the Party Congress in April 2018.

If the CPI(M) leadership does not change its view on the immediate need of forming a broad anti- BJP front, it will commit a grave historical blunder. The Left is a small force and the CPI(M)'s so-called appeal for the broadest mobilisation of all democratic and secular forces against communalism, will have little meaning if any alliance with the biggest anti-BJP party the Congress, is ignored while fighting BJP in the elections. Let us call the spade a spade.

Removing BJP from power is a major anti-fascist task and it cannot be done without the Congress participation. The CPI(M) was wrong in not joining Lalu Yadav's rally on August 27. Lalu is a steadfast anti-BJP force and his participation in the fight against the BJP is more important at this political stage than bothering about the charges about corruption.

Eminent economist Prabhat Patnaik, who belongs to the CPI(M), has correctly stated that the Left has to take the initiative in bringing everybody into an alliance in which there is some agreed agenda. Such an agenda was there after 2004 Lok Sabha elections before the Left with 61 MPs gave support to the first UPA government headed by Dr Manmohan Singh.

The BJP was a subdued force then, the saffrons lost power in the 2004 elections despite their leader Atal Behari Vajpayee's Rising India slogan. In 2017, the BJP is in majority in Parliament on its own and it rules in most major states in the country.

The RSS, its mentor, established in 1925, has never made a secret of its fascist ideas. The RSS will implement its programme step by step as BJP's power spreads to every level of polity and society. The responsibility of every secularist and democrat is to join the fight against the saffron forces at every step.

The CPI which is another party of the Left Front has taken the view that the present BJP government is fascistic but not fascist yet. But the CPI is of the opinion that the Left on its own is not in a position to undertake the task of combating the communal forces on the basis of its own programme.

It has to be broad-based and has to include the Congress. The CPI attended the Lalu rally in Patna on August 27 though the CPI(M) abstained. Here the CPI has a stand which is similar to the position taken by the CPI general secretary Sitaram Yechury and the West Bengal leaders. They understand that no real anti-BJP front is possible without Congress. The division in the CPI(M) central leadership is harming the overall unity of the anti-BJP forces and that is damaging the future of the Left.

For the Opposition, time is running out. Rahul Gandhi has to focus all his attention on achieving maximum unity of the anti-BJP forces. The masses are fed up with the BJP governments and the policies of the centre. They have to be given confidence.

If the Congress can do well in Gujarat, it will be a game changer and that will have a positive impact on the other crucial Assembly elections in 2018. As far as the CPI(M) is concerned, though it is a bit late still the party leadership can change its anti-Congress position and take a leading role in the fight against BJP as a front ranking member of the opposition front. The fight against the initial signs of fascism has just started. It has to get wider dimensions in the coming days and that is possible with the joint participation of the entire Left and the Congress.

#Narendra Modi, #Hindutva, #Demonetisation, #Congress
The views and opinions expressed in this article are those of the authors and do not necessarily reflect the official policy or position of DailyO.in or the India Today Group. The writers are solely responsible for any claims arising out of the contents of this article.

The author is a veteran journalist and editor-in-chief, India Press Agency.