The rise and rise of BJP: And what its opponents simply can't learn

The Bhartiya Janata Party's sweep at the Lok Sabha Elections 2019 has a lot to do with the failings of the Congress-led secular parties.

Many psephologists, political scientists and lay people had come to the conclusion, even prior to the Lok Sabha 2019 polls, that the Congress would not be able to defeat the BJP. So, it comes as no surprise that the election results show a landslide victory with BJP+ getting 346 seats, the Congress+ with 90 and the non-aligned with 109.

The poor showing by the Congress is evident from the fact that they had been unable to bring into being their own Mahagathbandhans (coalitions) and also lacked allies to help counter the BJP onslaught. For example, the Mahagathbandhan formed by the SP, BSP and RLD was viewed with scepticism by Rahul Gandhi — the Congress leader had gone to the extent of reportedly stating that the Mahagathbandan was scared of the CBI and the Enforcement Directorate. 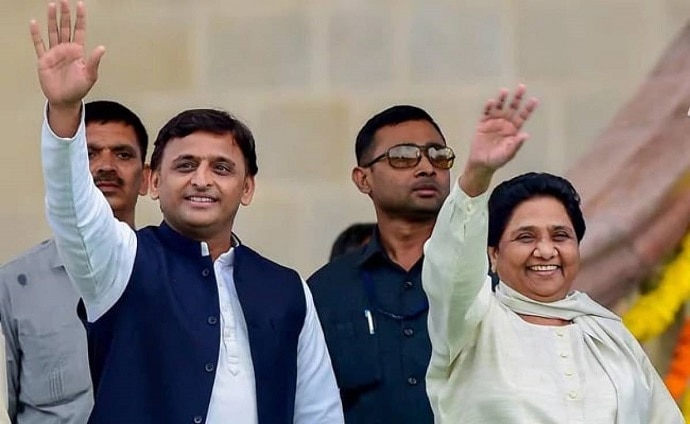 When the SP-BSP Mahagathbandhan was in progress in Mainpuri, Akhilesh Yadav reacted strongly to Gandhi’s accusations by calling him a ‘dhokebaaz’ (betrayer). This instance shows many weaknesses in the Congress — and, to a lesser extent, in the UP alliance too.

The Congress simply failed to make enough coalitions. On the other hand, Congress often fought the elections alone. The entry of Priyanka Gandhi Vadra was also belated. She should have been brought into the campaign at least a year earlier. She turned out to be a flash in the pan precisely because of her belated entry, obviously because of the family. This was an important opportunity lost.

A further error was by individual regional satraps and their parties. For instance, Mamata Banerjee wanted no allies. The Congress, the Communist Parties and other small parties were isolated. Further, in reaction to Amit Shah’s road show, there was considerable violence in College Street in Kolkata. The BJP was criticised for stone-pelting and the alleged destruction of the Ishwar Vidyasagar bust — this, however, did not have any marked effect on TMC in West Bengal or outside. 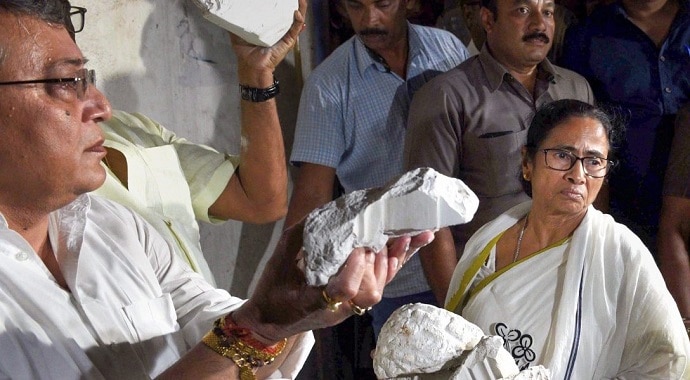 TMC and BJP played a violent blame-game over the clashes that ensued following Amit Shah's roadshow in Kolkata. (Photo: PTI)

In Karnataka, the Congress and the regional party squabbled over seats. This damaged both sides — and helped BJP propaganda about the inability of Congress allies to form a stable government.

In Tamil Nadu, Stalin led the DMK to bring some breakaway groups into their ambit. Similarly, Sharad Pawar of the NCP and the Congress united in Maharashtra against the BJP and Shiv Sena alliance. Raj Thackeray, though not standing for election, vigorously campaigned against the BJP-SS alliance.

In the North East, there has always been a tendency to support the probable winning party at the Centre. While the BJP already had major support in Tripura and Assam, the other parties also fell in line and the pattern continued for individual states.

In the Hindi heartland state of Madhya Pradesh, Digvijay Singh lost to Pragya Thakur in Bhopal. Even though Modi had criticised Thakur for her controversial comments about Nathu Ram Godse and others, the party had no compunction about using her in the Bhopal hustings.

A more serious loss was that of Jyotiraditya Scindia in Guna, his old constituency.

Meanwhile, it was widely believed that demonetisation and GST would have a negative impact on the BJP’s electoral prospects — apart from that, various indicators showed increasing joblessness as stated by NSSO data. So, the Congress’s attempt to transfer assets through the NYAY scheme was too little, too late. In the end, the scheme did not percolate to the masses, even in the states where they held power. This was already pointed out by the famous French economist Thomas Piketty — who openly stated that this scheme should have been initiated earlier.

It seems that the Congress’s distribution system of recent schemes, promises and countering similar BJP incentives was inadequate. Even though there were sufficient statistics by economists about the rise of prices of farm produce, the inflationary tendency of the consumer price index and more, the Congress and its allies did not use this data.

The biggest weakness was that the Congress lacked a grand narrative unlike the BJP, which had a clear mission since 2014. Yet, she contested: Sadhvi Pragya's Godse comments invited ire from BJP's top ranks. But it only went so far. (Photo: PTI)

The Congress claimed that controversial statements about Gandhi, Nehru, secularism and the allegations against Nathu Ram Godse and VD Sarverkar were underplayed. And even though PM Modi expressed anger on Pragya Thakur’s comments, it is widely known that Modi and Shah have consistently supported her release. PM Modi even went as far to say that he would never forgive Thakur for her inflammatory statements — but that did not stop the BJP from not fielding her from Bhopal even now for the elections.

Repeatedly secular parties have underrated the BJP. But they have been unable to create unbeatable alliances like the BJP, which has built and retained a significant number of coalitions.

The secular parties headed by the Congress will now have to intensively rethink their grand narrative, their alliances and their tactics — without which exercise they may face a crushing rout once again.

Post your comment
#Akhilesh Yadav, #Mamata bannejee, #Rahul Gandhi, #Narendra Modi
The views and opinions expressed in this article are those of the authors and do not necessarily reflect the official policy or position of DailyO.in or the India Today Group. The writers are solely responsible for any claims arising out of the contents of this article.