After the amicable resolution of the Doklam standoff, the PM has no urgency to relieve Arun Jaitley of the additional portfolio.

When Prime Minister Narendra Modi rejigs his council of ministers on Sunday, September 3 morning – the third reshuffle since his government took over on May 26, 2014 and the first in exactly 14 months – the single biggest question will be whether he would be naming a new, full-fledged defence minister, and if so, who.

While the media is full of reports on the ministers likely to be dropped and the likely new inductees, the above question has remained unaddressed. One cannot be sure if finance minister Arun Jaitley, who has been having the additional portfolio of defence ministry since the exit of Manohar Parrikar several months ago, will be shedding the defence portfolio. On the contrary, he may well continue to head both the vital CCS (Cabinet Committee on Security) portfolios.

There are several reasons for this surmise; and I repeat “surmise” because in the Modi dispensation only four persons would know the nitty-gritty – BJP national president Amit Shah and RSS leaders Mohan Bhagwat and Bhaiyyaji Joshi, apart from the PM himself.

No urgency to replace Jaitley

Second, there is a TINA (there is no alternative) factor as Modi doesn’t have very many options who have the experience and the stature to handle a ministry as vital as defence, particularly after the recent India-China tensions which may have subsided to some extent but definitely not evaporated completely. 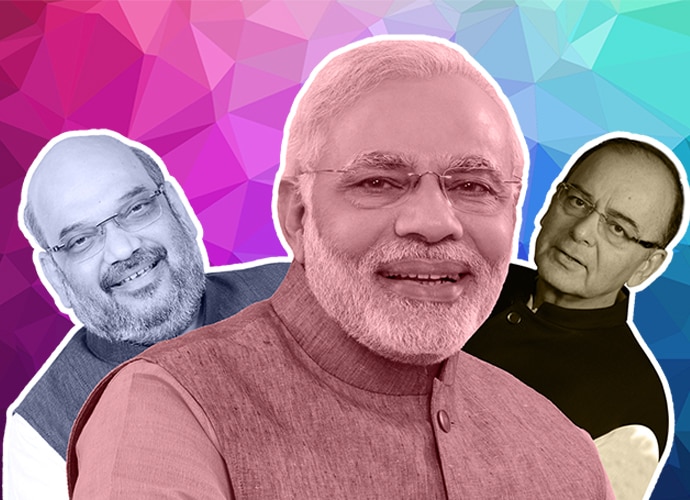 The new upcoming crop of BJP leadership may be promising and competent, but doesn’t seem to have Modi’s confidence to the extent that he would entrust this crucial ministry to any of them.

Third, had the Doklam crisis not been resolved amicably as indeed it was on August 28, Modi would have definitely been under immense pressure to appoint a full-fledged defence minister, because in that event a part-time defence minister would have been politically incorrect.

But now no such sword is hanging over Modi’s head.

Fourth, and perhaps most importantly, Jaitley continues to be the go-to man in Modi’s Cabinet and enjoys fullest confidence of the prime minister. It’s not without reason that the prime minister has given him additional charge of defence for the second time.

When the newly-minted PM Modi had given additional charge of defence to Jaitley for the first time in May 2014 and he ran the ministry for over five months, the prime minister had tasked him to prepare a blueprint for rapid modernisation of the armed forces and identifying procurement of new weapon systems from abroad.

In his second innings too, Jaitley has a similar role, now even more pronounced and having a bit of urgency about it given the recent geopolitical developments, particularly China-centric. The Modi government is on the cusp of purchasing defence equipment and armaments to the tune of Rs 2 lakh crore. And Modi wants it done by the man he trusts the most in his entire Cabinet.

And yet, given the “expect the unexpected” kind of working style of PM Modi, no one can say for sure what would he do with regard to the defence portfolio.

Talking about the overall picture of the upcoming Cabinet reshuffle, it will be a big exercise and probably the last during Modi’s current tenure. It will inevitably be linked to the upcoming Assembly elections in states like Gujarat, Himachal Pradesh (both due by this year-end) and Madhya Pradesh, Rajasthan and Karnataka (due next year).

The BJP would naturally want to induct new faces from these states as part of its poll strategy. Besides, equally interlinked is the issue of gubernatorial appointments and the government is likely to announce seven or eight new state governors, many of whom may be from the present Cabinet.

There is a bit of clarity who may be in and who may be out from the revolving door of the cabinet on Sunday morning. For example, four junior ministers – Rajiv Pratap Rudy, Sanjiv Kumar Balyan, Faggan Singh Kulaste and Mahendra Nath Pandey – have already resigned while two cabinet ministers, Uma Bharti and Kalraj Mishra, have offered to resign.

Then there is the coalition dharma which the Modi-Shah duo has to keep in mind, especially when the BJP-led National Democratic Alliance (NDA) is expanding. The Janata Dal (United) is going to enter the government, while there is no clarity on AIADMK. JDU’s RCP Singh, who is its parliamentary party leader in the Rajya Sabha, and Santosh Kumar may be inducted as ministers. If AIADMK eventually decides to join the government, a strong possibility, P Venugopal and V Maitreyan, may be the likely faces of the southern party in the Cabinet.

But the seats are limited as the current strength of the council of ministers, including the prime minister, is 73 and the maximum number cannot go beyond 81.

But there are four ministers who are in charge of two ministries – Jaitley, Harsh Vardhan, Smriti Irani and Narendra Singh Tomar.

Surface transport minister Nitin Gadkari looks set to get the prize portfolio of railways as well. It remains to be seen whether the two ministries would be merged to form a mega transport ministry on the lines of China as NITI Aayog had recommended in its presentation to PM Modi way back in 2014.

#Arun Jaitley, #Cabinet reshuffle, #Narendra Modi, #BJP
The views and opinions expressed in this article are those of the authors and do not necessarily reflect the official policy or position of DailyO.in or the India Today Group. The writers are solely responsible for any claims arising out of the contents of this article.