Why Amit Shah’s checkmate to the PDP could prove disastrous

The BJP has tried to play smart politics with its insulting break with Mehbooba Mufti. The fallout of the move could envelope Kashmir in distress — and hurt the BJP too.

The end of the BJP-PDP alliance was near. But no one could have expected such a sudden turn of events in New Delhi on a sunny Tuesday afternoon.

We have taken a decision, it is untenable for BJP to continue in alliance with PDP in Jammu & Kashmir, hence we are withdrawing: Ram Madhav, BJP pic.twitter.com/NWsmr7Io9e

With the failure of the Ramzan ceasefire and an unfavourable response to home minister Rajnath Singh’s offer of talks , there was growing unease within the Bharatiya Janta Party (BJP). Its most adventurous gamble in Jammu and Kashmir had failed — and that irked its core support base.

There is no doubt the swift move of BJP President Amit Shah served as a checkmate to the PDP, given the timing of the announcement. PDP spokesperson Rafi Ahmed Mir, in his first reaction, admitted that the breaking of the alliance was “not unexpected”, but also admitted that the PDP was unaware and not informed about the decision by the BJP high command. Shah’s quick move gave no room for any manoeuvering to Mehbooba Mufti – and has thus proved to be an insult for her party.

The BJP has very little to lose electorally in the state of Jammu and Kashmir.

Its bets are hedged on the three parliamentary seats, two in Jammu and one in Ladakh. Hypothetically, if the BJP were to lose all three seats, it wouldn’t make a big difference to the larger electoral game in 2019. However, staying in the alliance could give ammunition against the BJP to rivals in the upcoming elections by virtue of being in power with a 'soft separatist' political party. Perhaps that is why the BJP decided to control the narrative and take a higher moral ground. And the resonance of this move will be felt far beyond the state of Jammu and Kashmir.

Where does this leave the PDP?

On the other hand, the failure of the alliance has posed a serious threat to the existence of the PDP. 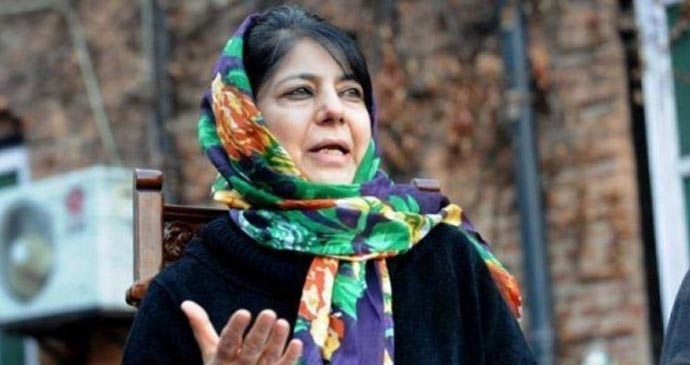 Caught between a rock and a hard place: Mehbooba Mufti.

The party has everything to lose in Jammu and Kashmir. The track record of the PDP-BJP government has been terrible. The PDP cannot go back to the electorate on issues of development. Its 'soft separatism' was pulverised the day the party decided to join hands with the BJP. Most importantly, in its three years of power, the PDP was seen by the people of the Kashmir valley as merely playing second fiddle to the agenda of the BJP. Even the proxy understanding with the Jamaat-e-Islami may not work in case of fresh elections.

The PDP is caught between a rock and a hard place. They're not happy. Neither with the BJP. Certainly not with the PDP.

When Ghulam Mohammad Shah unceremoniously toppled the alliance of his brother-in-law Farooq Abdullah in 1984, the state was pushed into an abyss with widespread street violence and killings of protesting civilians. The people of the state saw the dismissal of Farooq as a betrayal of democracy. Ghulam Mohammad Shah had to impose curfew for weeks in reaction to the violence. The ouster of Farooq Abdullah created a political vacuum which eventually led to the creation of the Muslim United Front (MUF). How the creation of the MUF changed the course of history in J&K is self-evident.

Even though the situation is quite different from 1984, the PDP has very few options.

In a bid for survival, the party might once again peddle a 'soft separatist' line, to appease the separatist constituency and play foul by pushing its cadre onto the streets, like it did in the unrest of 2010, to avoid backlash from militants and separatists. Any attempt to break the party will repeat the scenario of 1984. 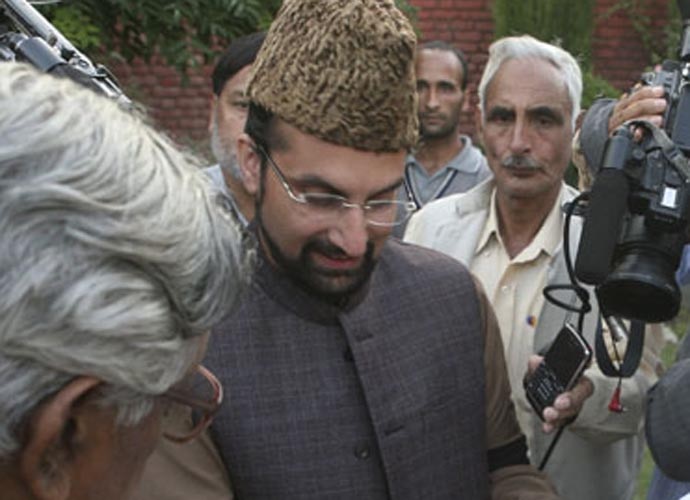 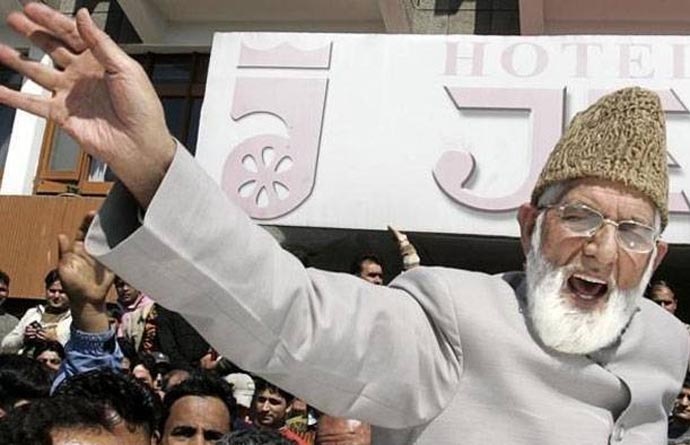 Having the last laugh? The PDP might again peddle 'soft separatism' to Messrs Geelani and Mirwaiz.

The PDP-BJP alliance was touted as the coming together of the "North Pole and South Pole". The chasm between the Hindu-majority region of Jammu and the Muslim majority of Kashmir has only widened since the formation of this alliance. Now that the alliance has broken, the polarization within the state can prove to be another source of trouble for the precarious security situation.

Amit Shah’s quick move has opened the floodgates of further uncertainty in Jammu and Kashmir. If the situation in the valley deteriorates more, he and his party will be solely responsible. There is no doubt that snapping ties with the PDP could have been smoother — however, the real game has just begun. And any mishandling hereon can prove disastrous.

The imposition of Governor’s Rule will put the central government in charge of the affairs of the state and will shift the onus onto New Delhi for everything that happens in the region. The current Governor NN Vohra has proven very effective, given his vast administrative experience and a non-partisan image — quite unlike his predecessor, SK Sinha. Now that Vohra has been given an extension, the central government will have ample time to choose the new governor of the state.

The choice of the new governor will have a huge impact on the situation in Jammu and Kashmir, as has happened in the past. If the government of India decided to appoint an ideological mascot, it will most definitely have a severe reaction from one side or the other.

While the security situation in the state is worsening with each passing day, the responsibility of bringing some semblance of peace and normalcy will solely be that of the central government. The flip-flop Kashmir policy of the government reeks of an unclear and incoherent understanding of the problem in J&K. Just a few weeks ago, it was all smiles: Rajnath Singh with sportstar Tajamul Islam at the Sher-e-Kashmir Indoor Stadium.

The BJP has, in the past, shown a knack for using Kashmir for electoral gains. The party must decide whether it is ready to sacrifice small electoral gains for larger national interest.

To fix the problem, a clear understanding of both this and the goal that the government wishes to achieve is needed. How the situation in Kashmir is dealt with in the next few months will determine how the trends of violence will emerge in future.

To make ground for holding elections in the state in 2019 will also depend on how the situation is handled in the months to come.

#Mehbooba Mufti, #Ramzan ceasefire, #Kashmir, #BJP-PDP break-up
The views and opinions expressed in this article are those of the authors and do not necessarily reflect the official policy or position of DailyO.in or the India Today Group. The writers are solely responsible for any claims arising out of the contents of this article.

Khalid Shah is an associate fellow at Observer Research Foundation.