Why Karnataka Congress government is at Yeddyurappa's mercy

The BJP MP will have the dominant Lingayat community on his side which has been ignored by current CM Siddaramaiah.

A day after the BJP announced former chief minister BS Yeddyurappa as the head of the Karnataka unit of the party, he declared himself the chief ministerial candidate without waiting for approval from his seniors. He reiterated the same on the day he assumed charge in Karnataka in front of thousands of cheering party workers in Bangalore.

Not many leaders in the BJP can do this. But Yeddyurappa, the undisputed BJP leader with an exceptional mass following in the state, proved that he is not only a satrap but a man on a mission to bring the party back to power.

His return as the head of the state unit despite many corruption-related cases against him pending in the court indicates the state of affairs of the party in Karnataka.

Also read - Why Siddaramaiah is the Rahul Gandhi of Karnataka

The BJP is the principal opposition in the state legislature, but former prime minister HD Deve Gowda's Janata Dal (Secular) is performing a better job on all fronts.

Be it the Hublot watch controversy or drought-related crisis or the second PUC question paper leak, the JD(S) has scored brownie points over the BJP in the House as well as outside by taking the ruling Congress head-on.

The BJP seems to have relegated itself to the background by allowing the JD(S) to function as the opposition.

One of the biggest setbacks for the BJP in Karnataka was losing the mayor and deputy mayor's posts in the prestigious Bengaluru City Corporation or Bruhat Bengaluru Mahanagara Palike (BBMP) after emerging as the single-largest party with a striking distance of grabbing power with the help of Independent councillors. 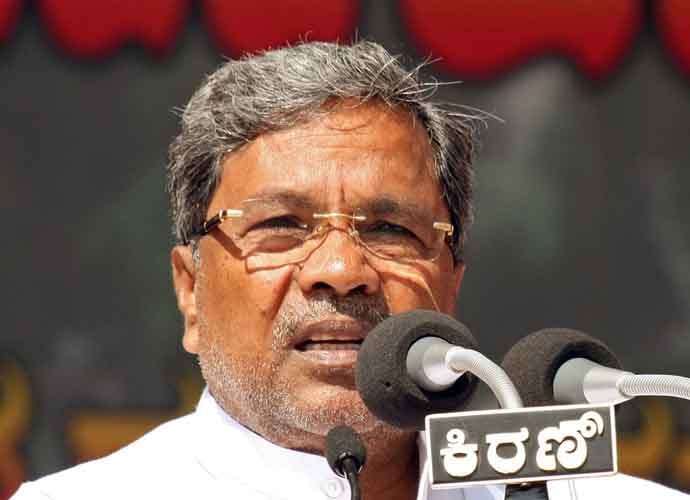 But unwanted delay by the BJP enabled Deve Gowda to play a masterstroke and the BJP is now sitting in the opposition. BJP leader R Ashoka, who was in charge of the BBMP elections, is blamed for the fiasco and since then he has been maintaining a low profile.

A majority of the so-called young turks of the BJP have been missing in action in Karnataka for the last few years.

According to the BJP insiders, after waiting for three years, the collective failure of the senior leaders in the party prompted the re-entry of Yeddyurappa into Karnataka.

The situation is ripe for the BJP, as the Siddaramaiah-led Congress government is committing one blunder after another. But Yeddyurappa is unlikely to make it easy for Siddaramaiah for the next two years and the Congress is also aware of the threat he poses. The BJP has given Yeddyurappa adequate time to consolidate his platform and take on the Congress in the polls in 2018.

Yeddyurappa's return to Karnataka is inevitable for the BJP from the caste perspective. He belongs to the dominant Lingayat community, the largest in the state, but ignored by the Congress in the last three years.

While the Backward Classes and other communities benefited under Siddaramaiah's rule, the Lingayats feel abandoned. The Congress appointed one of its senior-most leaders Shamanur Shivashankarappa and other upcoming Lingayat leaders to important posts, but they pale in comparison to Yeddyurappa.

A significant number of the Lingayat votes will swing in favour of Yeddyurappa in the Assembly elections now that he has declared himself as the chief ministerial candidate.

Yeddyurappa was dumped unceremoniously from the CM's post in 2011 by the BJP in the wake of the mining scam and the Lingayats have not taken it kindly.

When Yeddyurappa had quit the BJP and formed the Karnataka Janata Party (KJP), the Lingayats backed him again. Though he could not win many seats, he made a dent on the performance of the BJP in the Assembly polls in 2013.

While the KJP managed to win from just six segments, it had emerged second in as many as 34 constituencies by pushing the BJP to either third or fourth place. The BJP had to be satisfied with victory from just 40 segments.

Yeddyurappa can pick and choose from a wide range of topics to nail the Congress government. Be it the crumbling infrastructure of Bengaluru, the erratic power supply, the dangerous drought, farmers' suicide, flight of capital to neighbouring states, corruption, nepotism, scams. Unlike the other BJP leaders, Yeddyurappa is vocal and doesn't hesitate to take on the Congress leaders in a verbal spat and he speaks with facts.

Yeddyurappa has a long way to go, but he has already shown that he is here to do business.

Post your comment
#BS Yeddyurappa, #Siddaramaiah, #Congress, #Karnataka
The views and opinions expressed in this article are those of the authors and do not necessarily reflect the official policy or position of DailyO.in or the India Today Group. The writers are solely responsible for any claims arising out of the contents of this article.