How Blockchain can usher land reforms in the country

Across the developing world, land registries are almost entirely badly kept, mismanaged or distorted, and what they have is also often incomplete. In countries, where these issues mostly prevail, insufficient and unreliable systems, prove the biggest barrier to documenting land registries and ownerships.

Even if the information is collected, it resides in paper records, or if digitised, they remain in proprietary databases, which typically don’t interact with each other. Such a long and inefficient process creates astronomical financial burden for already marginalised individuals and businesses.

In many African countries, more than 90 percent of rural land is not registered, leading to a long backlog of land dispute cases. In Brazil, having no centralised land records, has been documented as a critical factor for environmental degradation of Amazon forests. The value of those properties, and the lost economic opportunities for owners of assets without formal documentation, has been estimated at US$20 trillion worldwide (equal to GDP of USA).

In India, property rights are one of the most contentious issue, with almost two-thirds of all pending court cases, dealing with property disputes. The lack of secure land ownership (for 54% of population) is invisible but a bigger cause of poverty than the caste system or a high illiteracy rate. In many parts of the country, land records date back to colonial times, and often land holdings have uncertain ownership. 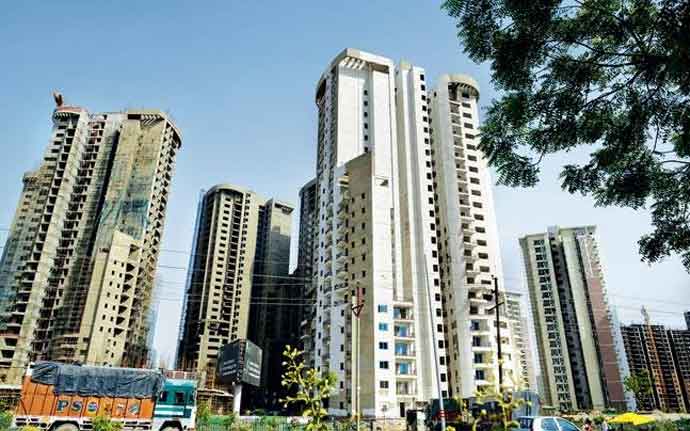 Using blockchain to solving the issue of land registries will be ‘leap frog’ phenomenon in the developing world. (Photo: PTI)

Lack of legal clarity regarding land ownership threatens the freedom of property and is also a hurdle for economic empowerment. Without land titles, farmers face problems getting credit from the banks; this prevents them from making investments and ultimately escaping poverty.

In his best-selling book The Mystery of Capital, Peruvian economist Hernando De Soto argued that absence of formal title to property, leads to creation of ‘dead capital’ in the world economy, and unlocking it would dramatically free up potential for transactions.

Using blockchain to solving the issue of land registries will be ‘leap frog’ phenomenon in the developing world.

Blockchain or the distributed ledger technology ensures transparency, and every addition to the database must be digitally signed, making clear who’s changing what and when.

In Ghana, the nonprofit Bitland, has combed land records on blockchain with GPS coordinates of boundary points and satellite photos of the area. This another layer of information, ensured greater transparency and efficiency in the system.

In Georgia, using blockchain for land registries has helped bring down the registry and the legal costs from blockchain from $50 and $200 to no more than 10 cents. With a single layer of information capturing all pieces, and with each property uniquely coded, blockchain application reduced property fraud prevalence.

Blockchain technology underpins smart contracts, which are programmable contracts that self- execute when conditions are met, making transactions quicker, and more transparent. For instance, transfer of title to the property will be instant on receipt of funds into the vendor’s account, speeding up the entire process.

What it entails for India?

The impact of land related conflicts in India has often been underestimated. The inefficient property mapping and registration system have paved way to informal mechanisms and controlled mafia rule in the real estate.

The unmapped agricultural lands are even more vulnerable. According to a report which analyses 289 ongoing land conflicts — land rights make up for 25-40 per cent of all conflicts in the country. The report also states that over 3.2 million people and over Rs 12 trillion (US$179 billion) of investment are at risk, just because of faulty land titles and land conflicts. The blockchain technology has gained traction in the country, and the allure of the distributed ledger technology is spreading.

According to a PwC report, banks have started applying blockchain technology to develop in-house Proof-of-Concept projects. The implementation of blockchain in property transactions would prove revolutionary in India.

According to a paper published by PRS Legislative Research, Land ownership in India is presumptive and not a government guaranteed title to the property, but only a record of the transfer of property. This leads to land disputes including those related to the validity of land titles and records, and rightful ownership.

A NITI Aayog paper suggests that land disputes on average take about 20 years to be resolved. Disputed or unclear land titles inhibit supply of institutionalised capital and credit for agriculture, especially to small and marginal farmers who account for more than half of the total land holdings.

This will fit into a larger mandate of e-governance and Digital India. Andhra Pradesh is leading the race with pilot projects in the departments of land records and transport. The test platform being built with Sweden-based ChromaWay is part of the Fintech Valley Vizag initiative launched by the southeast Indian state. 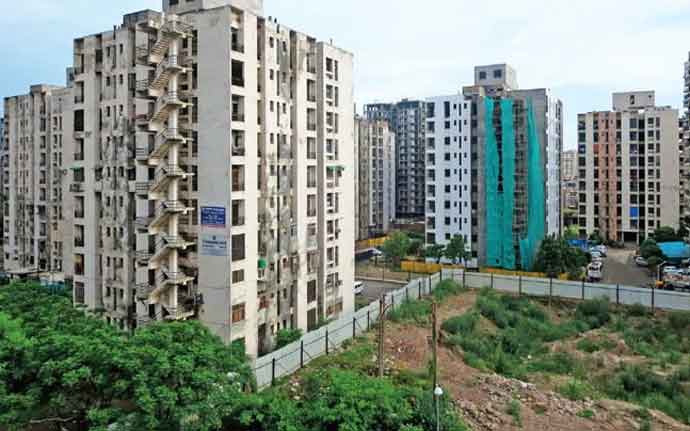 However, a big question would be that can blockchain be based on shaky foundations of disputable records of today? What benefit would it provide on land, whose ownership is contested today, value is underreported, and proper maps have not been prepared?

Introducing blockchain on all land parcels may not be the way. Nevertheless it can be implemented on land which is least disputed, like ones with the government or its institutions like defense, ports, and railways.

It will definitely pay off in the future, as government looks to monetise it.

Such pilots could also be implemented on to be developed urban clusters and townships. An elegant example of this comes from Andhra Pradesh where private firms have been roped in to secure land records in capital, Amaravati.

With multiple entities in the system, entrusted with land rights, secured record-keeping process will ensure transparency and instant flow of information, thereby reducing costs and chances of litigations.

In distributed ledger process, all participants (involved) will be allowed to create or modify the blockchain. Each piece of information will be stored in a block, and chained to each other, ensuring full visibility of the trail of changes. There will also be no need of a central authority to keep records as they are distributed across a system of networked computer nodes, thus making information easy to access, secure, transparent, and hard to dispute.

This will also reduce costs associated with due diligence of land by banks and housing finance companies, thereby easier to finance projects, and cut down risks associated with lending. This is bound to have a multiplier effect on the economy.

In the rural context too, as the land records get digitised and mapped, and later surveyed to establish the ownership, the pieces could be put on a blockchain, to usher a reform in land rights. The newly set up information utility, National e-governance Services Ltd (NeSL), and the vision of e-panchayat can aid in driving a blockchain-based record-keeping for land.

This might not clear the pending cases of today, but will go a long way in ensuring transparency, in the long run.

Also read: Turn to Blockchain: Why the ECI should look beyond EVMs for Assembly and Lok Sabha polls